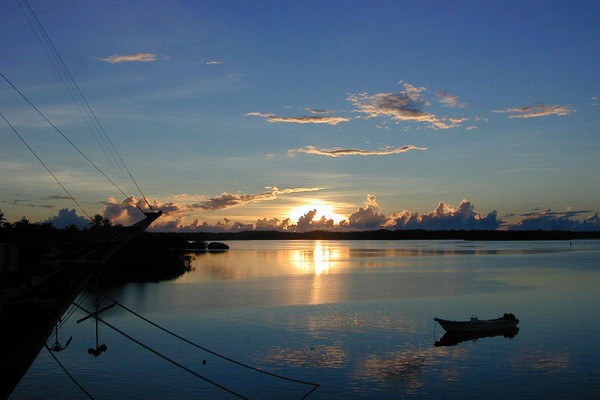 Micronesia and her gaggle of islands amaze me. She is a dream – half a world away. There is not a lot of information to be found about her thousands of islands because many of them are, at best, sparsely settled.  In an effort to delve deeper into the cuisine of this sprawling federation, I used one of my more recent tactics to educate myself on the cuisine: contacting a local.

I love this technique.

Emailing with someone halfway around the world makes me happy. While I’ve done it here and there throughout the blog, it really took off with Maldives and my successful recipe hunt for Lomi Lomi on twitter.

The banter is friendly. People are excited to talk about food from their homelands and it makes me feel like I’m a part of a neighborly world. A small world. A happy world.

This week my pen pal was Katrina from Kosrae – a landmass not even 10 miles wide – a tiny island within the Caroline Islands.

As I read Katrina’ s suggestions on what to try, I almost felt as though I was there with her, breathing the tropical air, feeling the hot sun and the salty spray on my face.

By the end of our email exchange I was hungry.

Katrina told me breadfruit and taro are traditional staples. Simply peel and boil the taro like a potato until tender and serve as a side dish. She cautioned, however, that there are two types of taro:

I’m assuming that what you have is soft or swamp
taro – if you have one of the hard taros then you will definitely want
to cook it in coconut cream after it is done [with boiling].

Another staple is the large, starchy plantain, which we have enjoyed several times on this adventure because it is loved from South America to Africa and beyond to Asia and Oceania. In fact we’ve had it mashed, fried, in turnovers, with corn, with beans, and even baked in an African upside down cake.

Katrina also suggested citrus – especially tangerines, oranges, and limes.  Ever have a Glazed Orange Coconut Cake [Recipe]? The fruit, in general, is grand. She recommends papaya, pineapple, and sweet melons to really feel like you’ve flown to Micronesia (fancy a smoothie?  [Recipe]).

Coconut – once reserved for nobility – can now be found in just about everything, even savory foods.

Fish (like tuna, grouper, and snapper) is a natural staple in this water-bound nation – and Katrina recommends any sort of lime, ginger, garlic, and soy marinade as “very common.”  [Recipe]

If you’d like to look around, Katrina has a blog called Kosrae Village. She’s even included some recipes which seem to be a blend of American baking and cooking (think brownies and cole slaw)… as strange as that might sound, this sort of cooking is quite common throughout the Pacific islands, where little food can be grown and many ingredients are imported.

What’s the closest you’ve been to Micronesia? 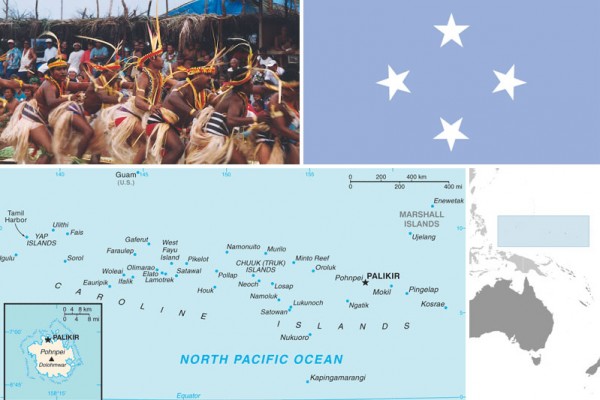