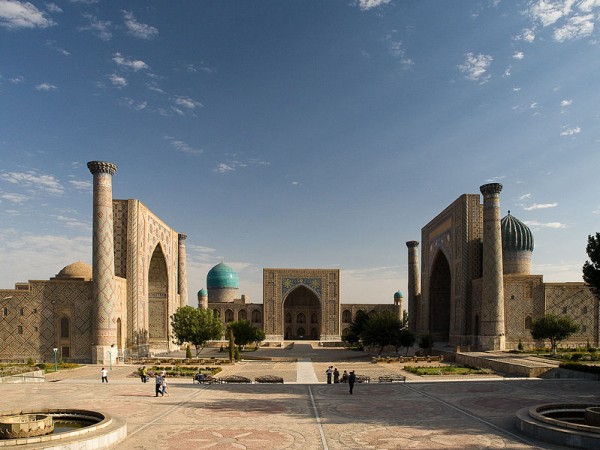 The Registan Square in Samarkand, Uzbekistan. Photo by Gustavo Jeronimo.

Upon our friends,
Our strength depends.

Before this adventure, it often took a personal connection to help me tune into another part of the world, and such was the case with Uzbekistan.  I never gave much thought to the long central Asian country, until college, when I became friends with a girl named Marina.

She moved to the states from Uzbekistan when she was a girl.

We jogged together, 3 miles a day, 6 days a week. We never ran so hard that we couldn’t talk.

And boy did we ever talk. 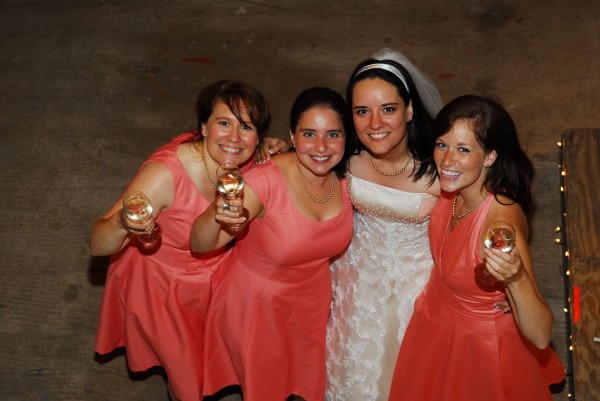 My sister Elisa, Marina, myself, and Becky on my wedding day.

She stood with me at my wedding in 2008, along with my sister and my friend Becky.

Speaking of weddings, here’s a photo of an Uzbek bride I found… look at her dress! Amazing.

(As are the other women’s dresses!) 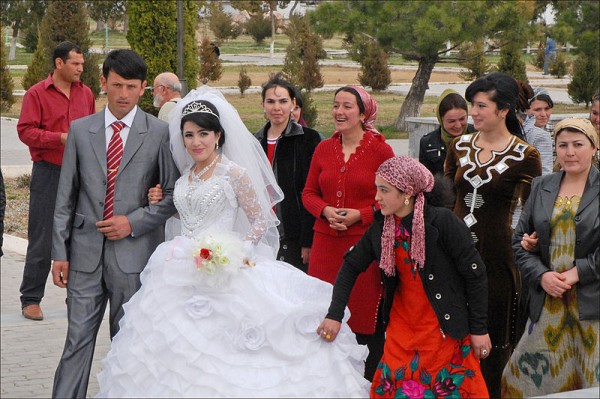 Newlyweds in Uzbekistan. Photo by Dalbera.

Marina tells me Plov is the most traditional Uzbek food – the giant, communal pot of rice cooked with lamb and a few vegetables, rather like the Plov Recipe we tried for Turkmenistan. 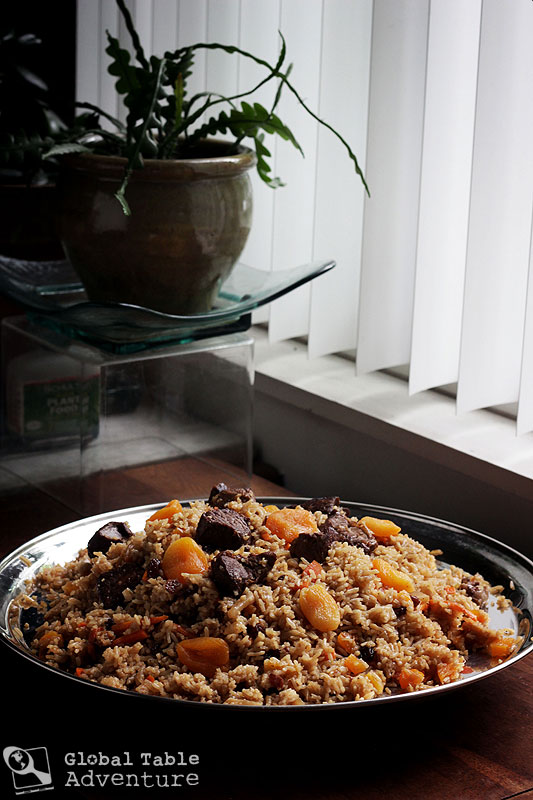 Unlike the plov we made for Tajikistan, however, Uzbek plov (also Palov), is known for it’s use of saffron and for sometimes including such treats as stuffed grape leaves, chickpeas, quince and more. There’s always lamb and carrots.

The right recipe will call for equal weight fatty lamb and julienned carrots, and a lot of barberries and cumin seeds, among other things.

She also suggests serving it with tomato and onion salad. 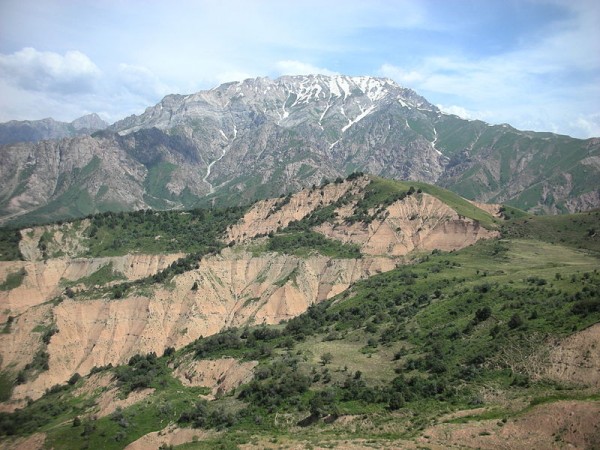 These would certainly keep me warm on the chilliest of days.

Photo by Uzbekistan in the snow, by Kmaksud2012.

Then there’s the simple, market-inspired meals. Like the Dimlama, a stewed one-pot vegetable dish often made at the end of the summer to use up garden produce  [Recipe].  A thick round of Uzbek bread, rather like the naan we made for Tajikistan, would make the perfect accompaniment. 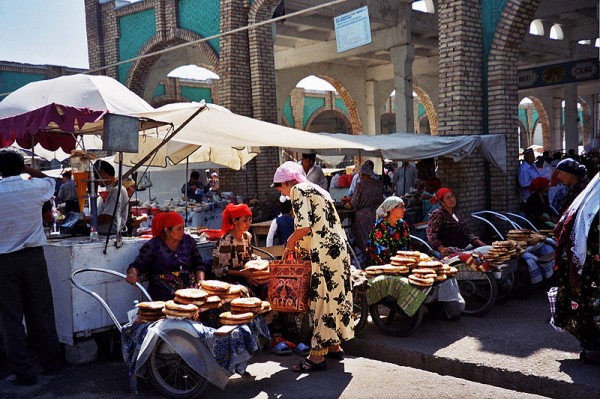 Bread sellers with their traditional flat round loaves of Uzbek bread. Photo by upyernoz.

For dessert, Marina recommends anything from the ever-loved baklava, honey cake, to even a spread of fresh fruit. 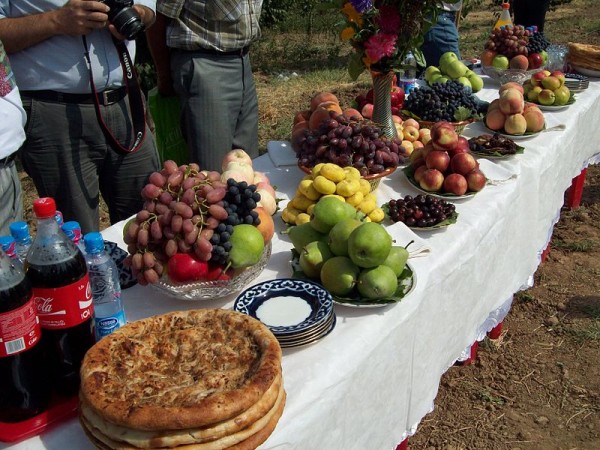 Fruit in Uzbekistan. Photo by Shuhrataxmedov.

When served with nuts, honey, and good, strong tea, all is well. 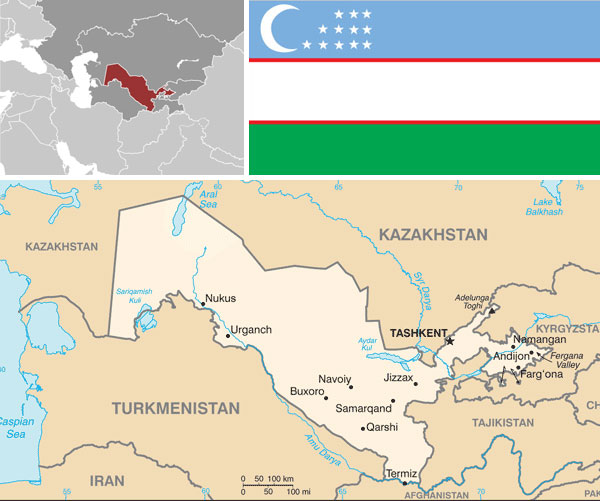 Maps & flag of Uzbekistan, courtesy of the CIA World Factbook.