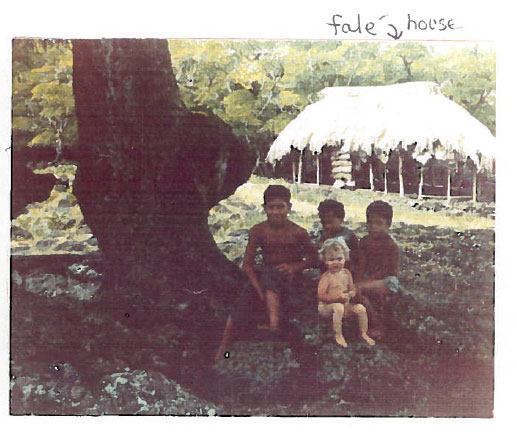 Mom was the ultimate “drop everything and go” traveler at a time when not many people, let alone pregnant women, did that sort of thing. She was in Samoa in 1979 – just months before I was born. P.S. In case that wasn’t tough enough for ya, she also had a (very energetic) toddler in tow – my brother Damien.

I know, I know, I know. You’re thinking things have changed since then – and to some extent they have (although much is still the same, like the fact that this tiny Polynesian nation is made up of a few islands totaling just over 1,000 square miles ). But I had to get her report of the place and what I heard was too good not to share. Here’s just an excerpt of her letter dated April 16, 1979 (just 3 months and 2 days before I was born), where she talks about the singing, the food, and the children. 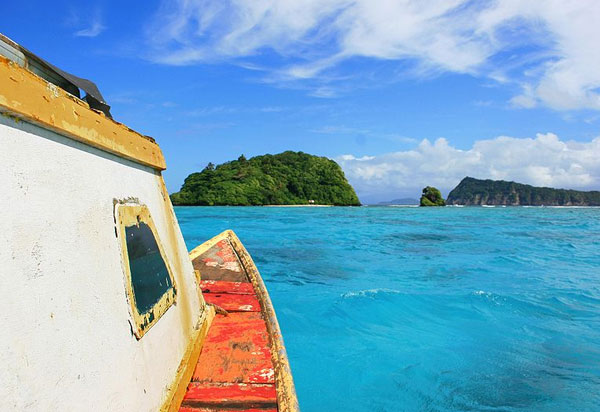 Uninhabited Nu’ulopa island in the Apolima Strait in Samoa. Apolima-tai (village on Apolima island) is to the right, and Savai’i island is in the distance. Photo by Neil. 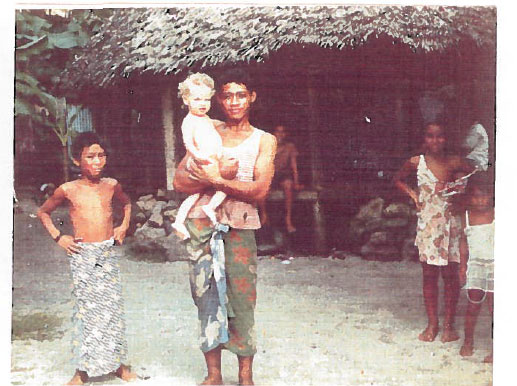 For starters her “condition” as a single mom just about to pop raised many questions. “Where’s your husband,” was the standard greeting whenever anyone saw her waddling their way.

Not that her answer ever changed anything – Samoan hospitality was incredible; locals simply joined her and my brother on her walk so she wouldn’t be alone. And since the islands were formed by volcanoes, coal-black lava stones were always underfoot. 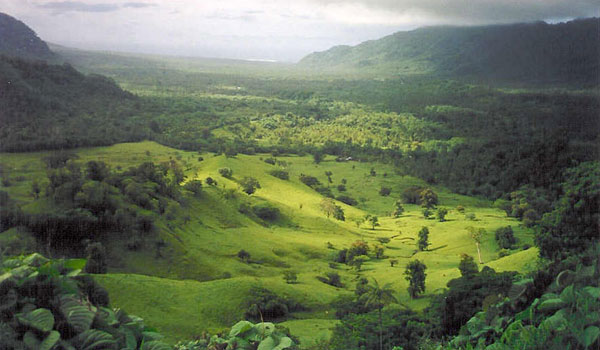 While there, mom and Damien enjoyed many fresh meals with bananas cooked in coconut milk [recipe], fried, or roasted in fires with taro leaves. Like the locals, they drank freshly grated cocoa at every opportunity. 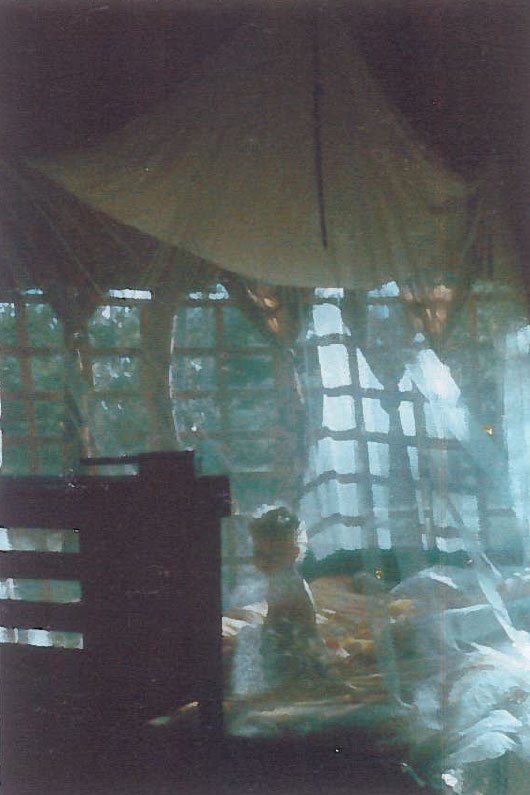 There was also an amazing love for fresh seafood. Mom said  many women swam out into the ocean, ran their hands along the ocean floor until they stumbled across a sea urchin, which they promptly lifted out of the water and sucked dry, right then and there.

Raw fish “cooked” with citrus juice and coconut milk is another popular treat, similar to the Kokoda we made for Fiji [Recipe]. 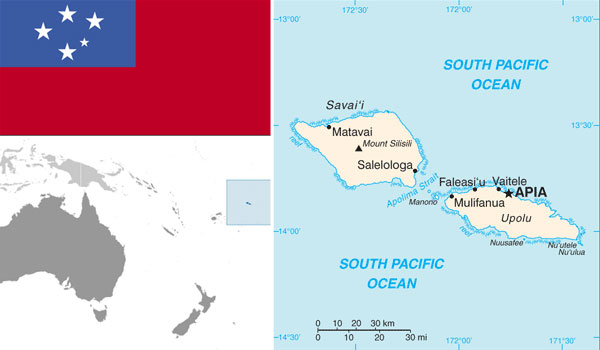 At the end of the day, there’s a lot more processed goods there now – things like spam/corned beef which makes it’s way into recipes like… well.. spam sandwiches, musubi (a spam “sushi” of sorts), and Palusami (a mixture of taro leaves, coconut milk, onion, and canned corned beef) [Recipe]. There’s also all manner of rolls, coconut breads, half moon pies, and spice cakes like Puligi [Recipe]. You can even, if you so desire, start your day off right – with koko rice (a.k.a. chocolate rice pudding) [Recipe]. Ahem. 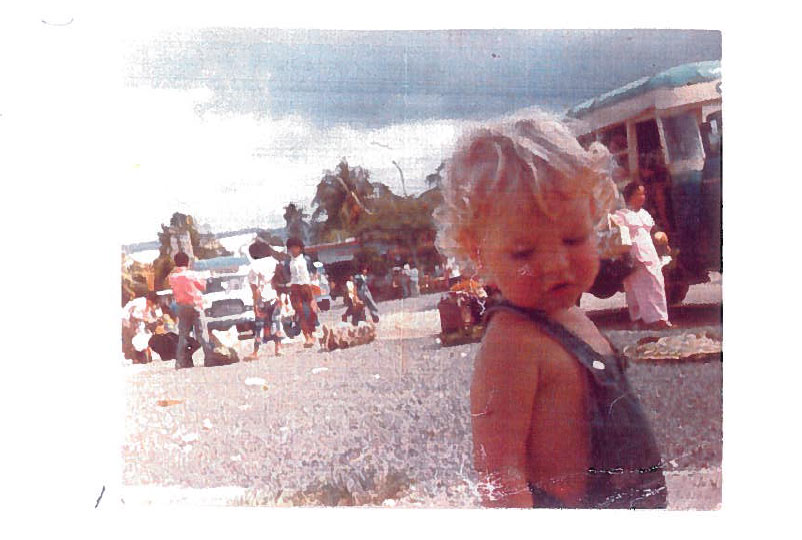 I’m so grateful for my mom’s adventurous spirit, which inspires me daily.