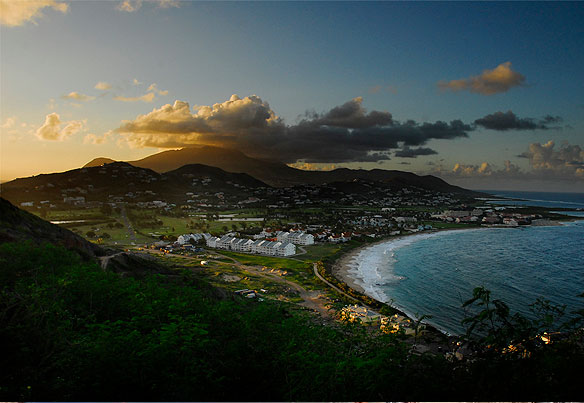 I love the Caribbean. Seems like she always shows up when I need her most. Case in point? I spent the last week in NYC under rain, sleet, and snow. While I relished each snowflake through Ava’s eyes, the air was coat-clenching chilly. By the end of the week, we all huddled together around a table in Brooklyn while eating Saint Kitts & Nevis.

And we were all warmed. From the inside out.

Only after our feast, did I learn that Christopher Columbus named Nevis after our Lady of the Snows. Apparently her mountain peak is often shrouded in fluffy white clouds, giving the allusion of a true snow-capped mountain. 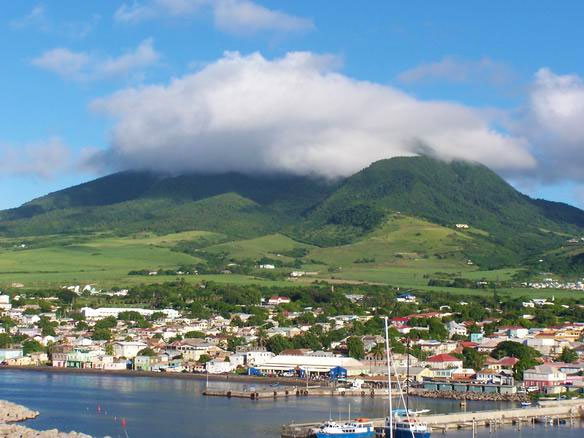 This enchanting name is just the beginning of St. Kitts & Nevis’ charm. With cheerful festivals and sunny days, the islands seem to float along as if in a dream.

When it comes to food, here’s what you can expect from this beautiful pair of islands… Let’s start with the obvious – fish. Lots and lots of fish, like coconut crusted mahi-mahi (similar to the coconut crusted fish we made for Nauru), tuna and snapper. And it all goes swimmingly with Peas n’ Rice [recipe], Johnny Cakes, or fried plantains. True comfort food.

Speaking of the mighty coconut – you’ll find shreds (and it’s milk) everywhere… in drinks, on fish, and tossed into desserts such as coconut rum bread pudding [recipe]. Because I need another excuse to eat rum and coconut? Yep, why not. So, thank you Saint Kitts and Nevis for that.

Then there’s the drinks – a safe bet is to start with rum and go from there. There’s Bush Tea (usually an herbal infusion, like basil or even lemongrass, to soothe what ails you), sorrel drink, and a sweet cocktail called Killer Bee [recipe].

What’s the closest you’ve been to this pretty country? 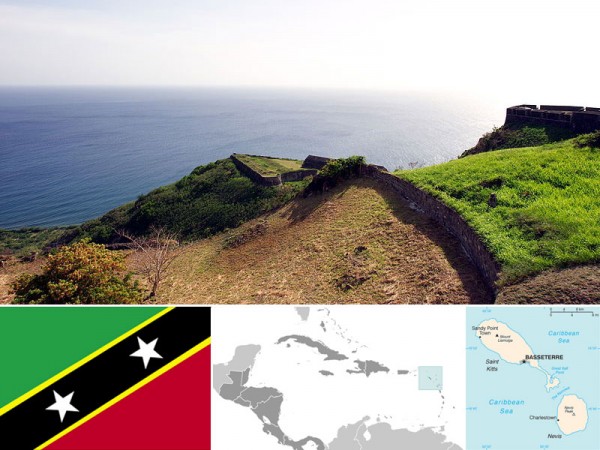