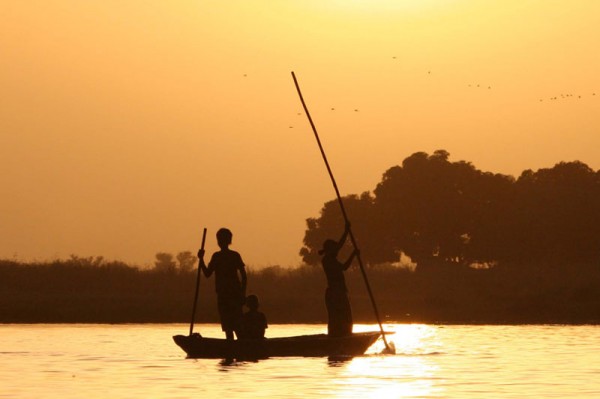 Mali is a dusty daydream away, down a lazy river, where dotted villages slip by, one by one, until forever. Of course, my first encounter with Mali wasn’t nearly so romantic, once I dug into the details. You see, I was watching a video on YouTube. When I read the caption I about fell over.  Here is what it said:

“This footage was taken on a 3 day trip from Mopti to Timbuktu on a cargo pinasse. No stopping. No toilets. No beds. You should try it.”

Wowzers. Talk about a challenge, considering there’s a half dozen other people on the boat (at least). No privacy and incredibly unusual circumstances – there seems to be an open fire in the bottom of the boat, where fufu is being prepared over gently undulating pools of water. Quite the travel experience. 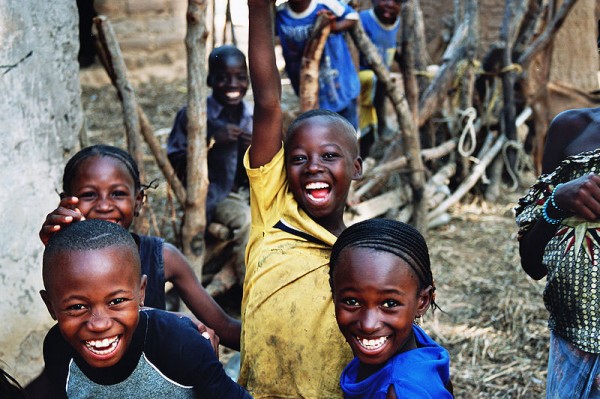 Located in the heart of West Africa, straddling the meandering Niger River, Mali has very different food in the north as compared to the south. In both areas, a wide assortment of sauces are the staple with a bowl of rice, corn, or millet porridge. Generally, millet and rice are the staples. Southern Mali is in the tropical zone and boasts peanut sauce (called tigedigena) and many foods we’ve seen before in this Adventure – groundnut soup [recipe], jollof [recipe], stewed greens [recipe], and the like.

To the north cous cous and milk products creep more commonly onto the scene, as it dips into the arid Saharan dessert. Millet and rice flours make for some naturally gluten free treats available at roadside stands throughout Mali [Recipe]. And, as always, there’s vanilla ginger bissap [Recipe], a tart tea made from hibiscus… we’ve also done bissap before with pineapple [recipe], however there are as many ways to season bissap as there are stars in the sky. 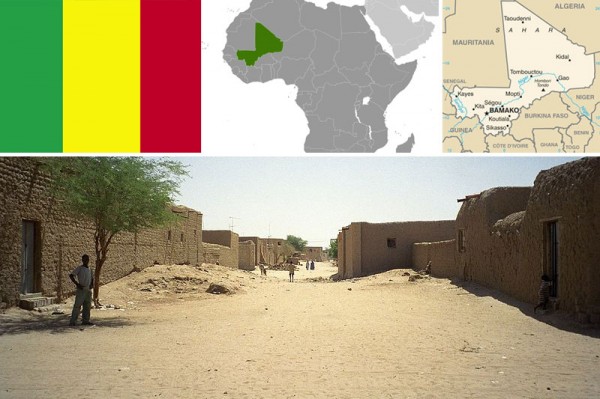 So those are just a few tidbits. Have you had any experiences with Mali? P.S. In case you think you have no connection to Mali, think again. Mali is the home of “Timbuktu,” a town that so very remote and difficult to get to, the town is now listed in English dictionaries as a word meaning any “far away place.” Surely this little tidbit has crossed your horizon at one time or another?