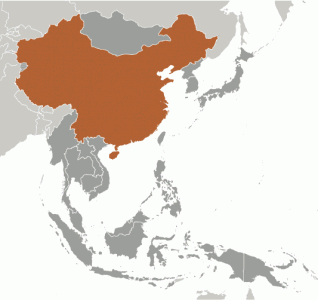 China is giant, offering up 24 classical regional cuisines within six time zones. To my highly untrained eye, the widest part of China looks to be about the width of North Africa. That’s some serious diversity.

Overall, Chinese value the spiritual and physical beauty of food as much as the nutritive qualities. Harmony is important – many dishes are designed to balance salty, bitter, sweet, and sour elements, not to mention crunchy versus soft textures. Additionally, hours can be spent preparing trimmings – carving vegetables and fruit, for example.

The four most “talked about” cuisines are Peking (from north Beijing), Szechuan/Sichuan (from south central/western China), Cantonese (in the south),  and Shanghai (to the east).

Peking, home of the Peking duck, is in northeast China where it is too cold to grow rice. As a result, wheat is the primary crop.   The area is known for hearty meat dishes, braises, and barbecue. They also like roasts and pickles, like hot and sour cucumbers (recipe) which are served immediately after cooling. Because Peking is the old Capital of China, the region is considered to be “high table” cuisine. 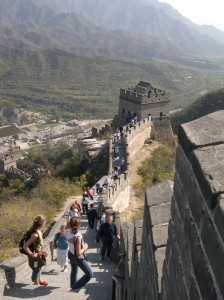 Sichuan is south central/western China. This food is known to be spicy, although chili peppers didn’t come to the area until the Dutch brought it in 15th century. The area is predominately Buddhist, which means mainly vegetarian. The Sichuan peppercorn is known for its numbing qualities, which make the spicy food somewhat more bearable. Soups, such as hot and sour soup (recipe), contrast spice with sour agents like vinegar.

Cantonese food is in southern China. The food is known to be mild, with fresh flavor. Because they are along the seacoast, a great deal of seafood is enjoyed. Gently steamed fish with mild aromatics are common in this area. Southern China has lengthy summers which support the growth of rice, a mainstay in the area. Dim Sum, the popular brunch of steamed dumplings, buns, and desserts, also comes from Southern China.

Shanghai cuisine is at the mouth of one of the largest rivers in the world. The long growing season – with a a cool spring and fall – makes for good smoking and curing. They eat crustaceans as well as barbecue, smoked and cured meats.

Chinese pancakes (recipe) can be found throughout China. Made with dough, not batter, they are particularly good for wrapping up stir-fries. 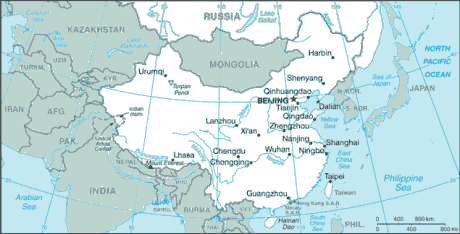