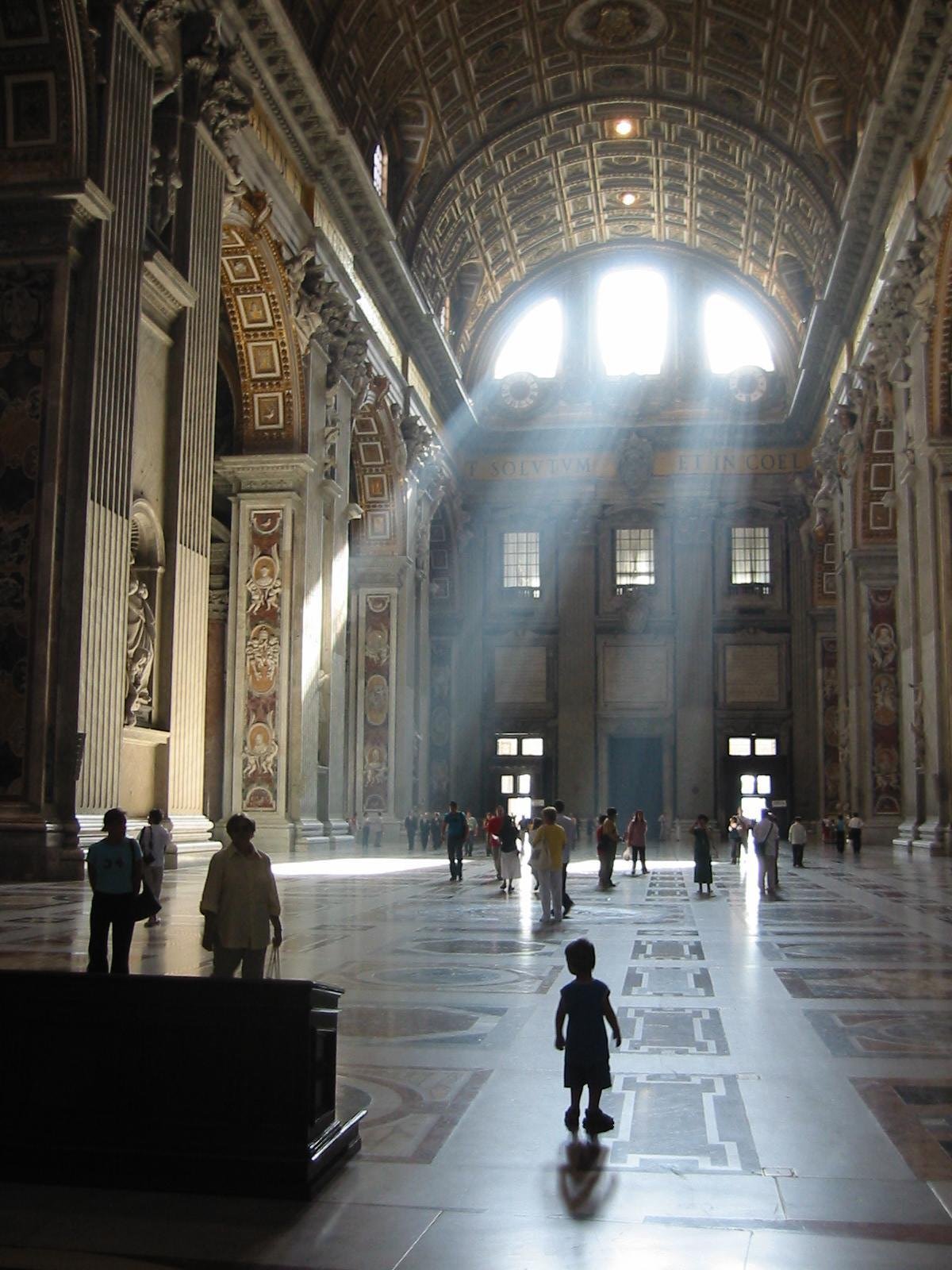 The Vatican City is 0.17 square miles of gilded glory tucked inside Rome, Italy.

How small is that, you ask?  Let’s put this in perspective.

To walk across the country is like taking two laps around a standard jogging track.  Which is why there’s no country smaller. And yet, Elizabeth Gilbert said that, if a country could be summed up in one word, the Vatican’s word would be power. 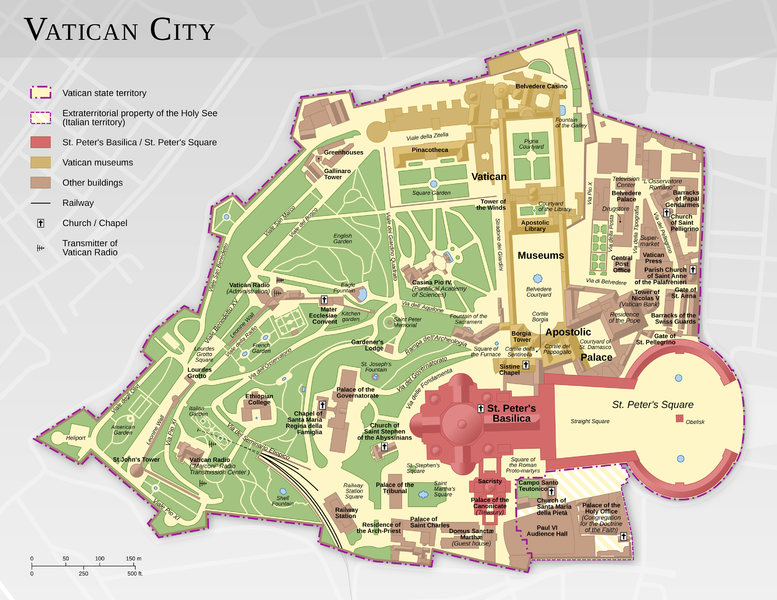 Map of the Vatican City designed by Francesco PIRANEO G.

So who exactly is a citizen of Vatican City?

Almost all of Vatican City’s 839 (2013 est.) citizens either live inside the Vatican’s walls or serve in the Holy See’s diplomatic service in embassies (called “nunciatures”; a papal ambassador is a “nuncio”) around the world. The Vatican citizenry consists almost entirely of two groups: clergy, most of whom work in the service of the Holy See, and a very few as officials of the state; and the Swiss Guard. (Wikipedia)

Peek over her walls, all you’ll find only one restaurant in the Vatican City. I have to admit I love Andrew Zimmern’s bold idea to triple this number.

It amazes me on many levels that Italy has not one, but two countries nestled inside her borders. San Marino was delicious, but somehow starting out this week in the Vatican City feels more… concentrated.

When I asked you all what dishes you recommended we try, several suggested the Eucharist, which is fine for a Sunday, but not quite the I-can-cook-this-at-home sort of recipe I was looking for.

At the end of the day, the best thing seemed to look for Roman recipes. After all, Vatican City is inside of Rome.

Turns out this area is known for amazing, thin crust pizza, peppery spaghetti alla carbonara (which got it’s name from being so covered with pepper, it looked like coal), good old fashioned meat sauce [Recipe], and spaghetti all ajo e ojo (which is little more than oil, garlic, and hot chili pepper).

All this was fine, well, and good. But not exactly what I was looking for.

Then I figured out the key. I had to find out if any of the recipes were adapted for the pope. Turns out there was.

Spaghetti alla cabonara became linguine alla papalina [Recipe] in the late 1930’s. More on that in the days to come.

Until then, have a bit of Tiramisu or a slice of ricotta cake. 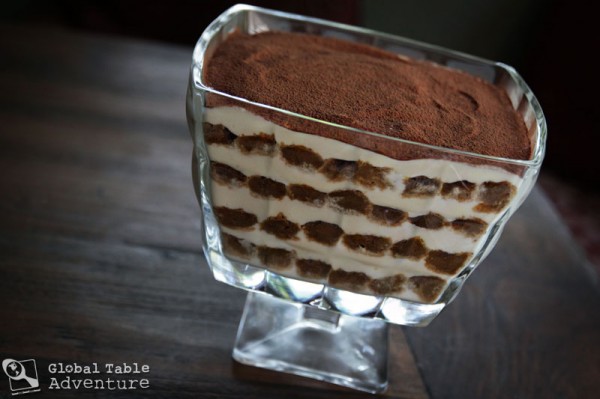