Kosovo boldly proclaimed independence in 2008. Apparently the deal was highly contentious, but as you know…

What does this mean? It means I’ll take any chance I can get to cook food from around the world. So, with that being said – welcome to Kosovo week at the Global Table. Let’s eat! 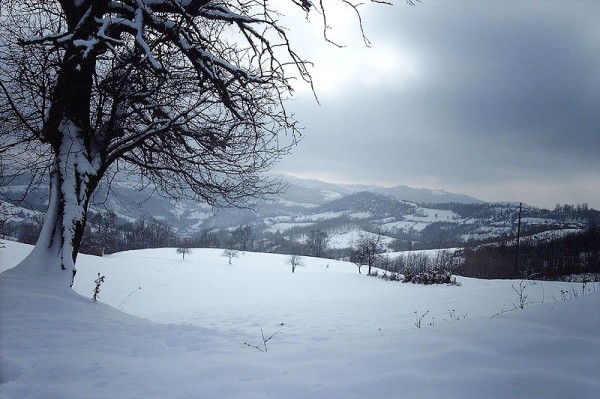 If you weren’t paying close attention when you sat down, you might think you were in America during Thanksgiving. You’ll find a spread of pumpkin pie, meat and potatoes, and – speaking of meat – there’ll be meat, meat, and more meat. Even their traditional beef and rice stuffed peppers [recipe] show up in American cookbooks as “traditionally American.” Did I mention they like meat in Kosovo? While more than one country can certainly have similar traditional food, I find it fascinating that nearly all of southeast Europe shares the affinity for the stuffed pepper with America. (They also stuff eggplants and tomatoes). Then there’s the shopska salad which we made for Bosnia [recipe], which is like a cousin to the Greek salad [recipe].

We really do have more in common that we might think. And that, my friends, is a good thing. 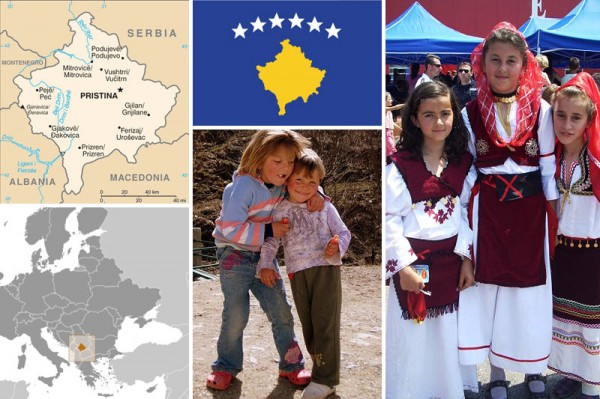 Maps and flag courtesy of CIA World Factbook. Children in traditional costume by Zeke. Girl and boy by Arianit Dobroshi.

If, while sitting at the Kosovo Global Table, we fast forward through the fall, past the cold winters, and come out the other side on a balmy Kosovo summer, you’ll more than likely run across Flija [recipe], a pastry that is as much a pastime as it is a meal. Literally made layer by excruciating layer, all while standing around outside chitter-chattering near a campfire, flija is a treat that can take hours to complete.

If that sounds like too much work, you can enjoy happy breads or pastries stuffed with spinach and cheese (similar to the Banitsa [recipe] we made for Bulgaria).

There’s no shortage of wonderful food – that’s just a sampling.

Just remember – no eating in the library. 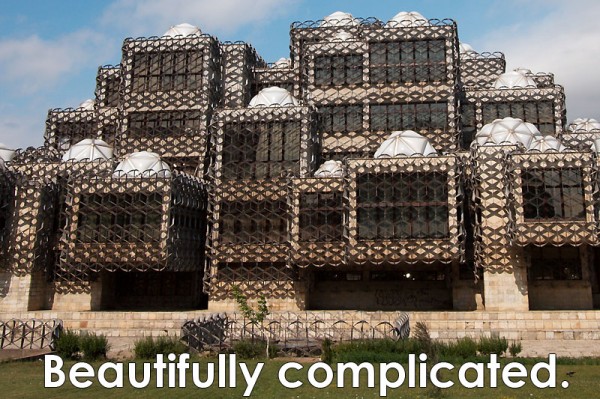 National Library in Kosovo. Photo by A Dombrowski.