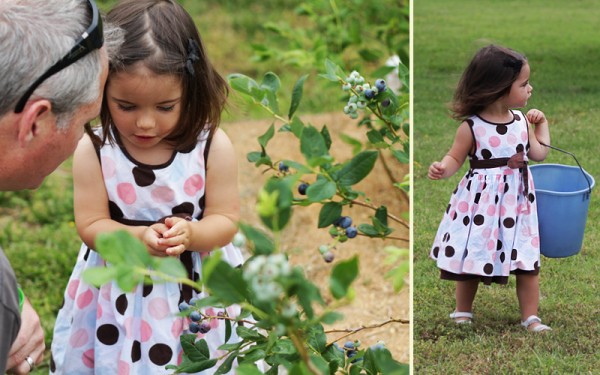 Careful, Sasha. Let’s get this right. I quietly dropped the blueberries into the measuring cup, then into the pot.

The first time I made the ice cream, I’d accidentally doubled the amount of blueberries required, thinking a “clamshell” container of blueberries equaled two cups. Turns out a clamshell actually holds closer to four cups. The result? Icy, icy ice cream all over the counters. Not pleasant.

This time I’d get it right.

The scent of cardamom wafted up from the bubbling pot, mixing with the sweet blueberries. Intoxicating. If fairies wore perfume, this would be their signature scent.

A few hours later the syrupy goodness was chilled and ready to go.

I looked at the clock. So was Ava. Naptime.

“Hold on sweetie. I just need to get the ice cream churning.”

“Yes, honey. You can have some after your nap.” I smiled, trying to sound convincing.

I poured the milk and heavy cream into the machine but, before I could add the chilled blueberries, a sharp knock rattled through the house.

I peeked around the corner. Through the glass I could see her white hair and willowy figure. Marge. Our neighbor.

Our neighbor with Alzheimer’s.

Ava ran over, got on her tiptoes and peeked through the glass. Wiping my hands as I walked, I rehearsed what I’d say. When I opened the door, I was blasted by the heat. One hundred and two degrees, in the shade.

“I live a few houses down. Can I borrow your phone book? I need to get in touch with my family,” she said.

We stepped back into the cool house.

“I haven’t seen my family in two weeks. You have to help me.”

The first time it happened, I’d panicked, wondering if some misfortune had happened. I called – desperately hoping to reach her family, thrilled when I got in touch and relieved when they’d said they be right over.  This time, well used to the routine, my heart broke a little.

“I’m not the sharpest cookie on the block, anymore, but something’s going on. They can’t just leave me like this. I can’t be on my own. They’ve gone and left me. It’s been two weeks.”

I gently told her to have a seat, that we’d call right away. Meanwhile, I tried to flip the switch on the ice cream maker. It whined. It tried. But it did not churn. Too late. The cream had frozen to the sides and, with every passing second, it was getting worse.

I cradled the phone between my ear and shoulder and picked up the ice cream bowl. As the phone rang and rang, I scraped at the sides, cracking the hard cream loose.

“Yes, I know. We were there yesterday. We’ll be over today.” He sounded irritated.

It was embarrassing. I kept cracking the cream loose.

“What should I tell her?” I asked.

“Tell her we’ll be over soon.”

I hung up the phone and offered her a bowl of ice cream. I told her that, by the time we were done eating, her family would be over. I dumped in fresh cream, the milk, and the blueberry mixture. Twenty minutes later the only blue in the room was in our bowls. And it was really rather purple.

One look at Ava and you could tell she was thrilled, like she bucked the system, getting ice cream before her nap. Marge looked pretty happy, too.  This time I definitely got it right. 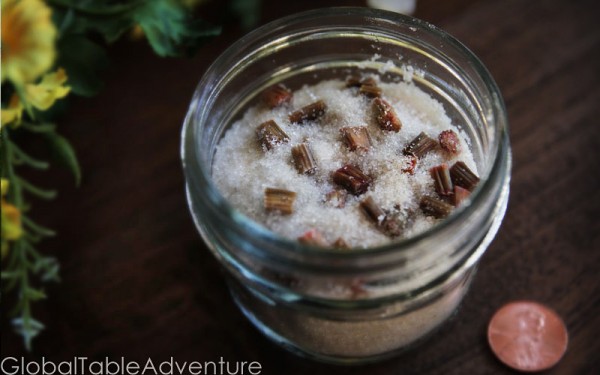 There are so many possibilities for this recipe – adding the little nuggets of rhubarb to cookies and breads and granola bars – but also making little sugar-packed jars for family and friends (for gifts). Fun!

By themselves I found the outer skin remained a bit fibery/chewy. I think next time I’ll try cutting up bigger pieces of the rhubarb to have a bigger ratio of flesh to skin. Otherwise I liked them! 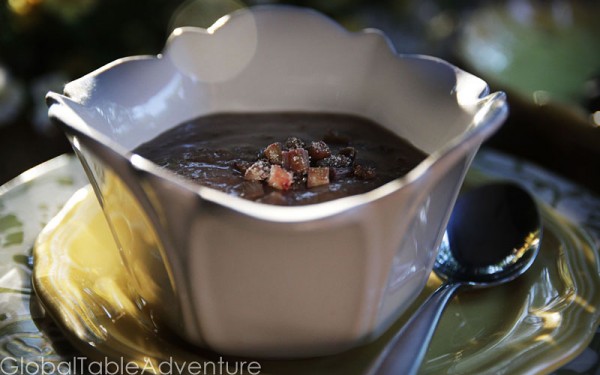 Rye bread soup is one of the most unusual combinations I’ve run across on the blog. Many of the books I looked at introduced the recipe as an older, traditional recipe – it was interesting to to sample something so foreign to my palate.

I’m not sure I could ever get used to sweet, warm rye bread. It seems like such an oxymoron. 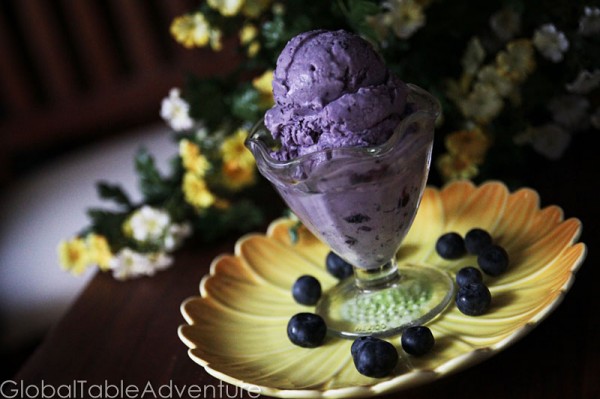 Everything, as long I measured out the blueberries right. The flavor combination was a big hit around these parts.

If you leave too many blueberries whole, you might run out of room in the ice cream maker. I highly recommend pureeing the bulk of them (and even still, you’ll need a 2 quart ice cream maker (or you could split the batch in two. 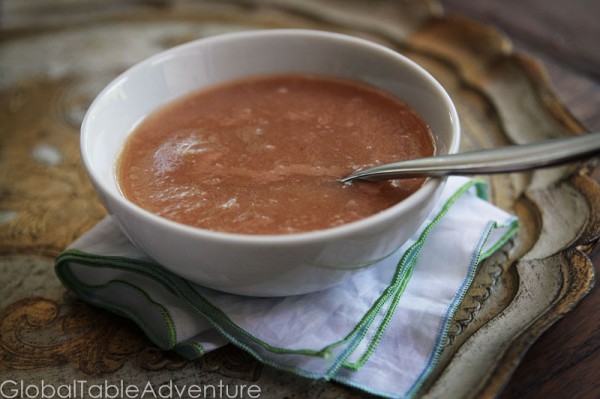 I loved everything from the tart, lemonade-like flavor to the silky texture of this soup.

The only thing that could make this soup better is a dollop of whipped cream. Like a fluffy white cloud on a sun-shiny day.