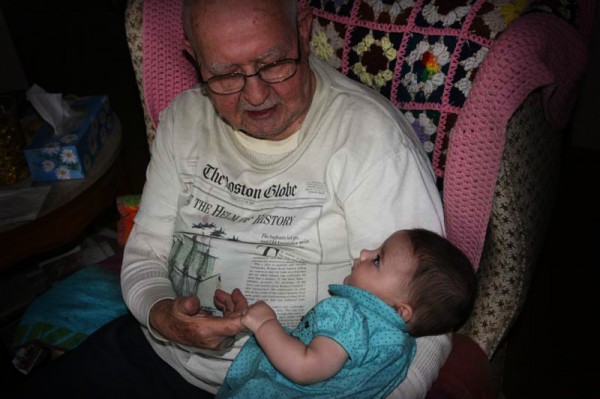 Ava meeting her great grandpa (my Hungarian grandpa) Michael Molnar. He died a few months later at age 96 after suffering a heart attack.

I’m Italian-Hungarian on my mother’s side. Which is like saying I’m wet-dry. Hot-cold. Tall-short. In our family, the Italian side is loud, boisterous and in each other’s business. On the Hungarian side no one talks about anything. Discussions rarely surface and, if they do, they begin and end with “just forget about it.” I rather like the combination. It makes for interesting family gatherings.

When I quizzed my mother about our Hungarian heritage, she said “I don’t know. It wasn’t like the Italian side, where we got together every Sunday to have a big fight.”

The only story I ever heard my Hungarian Grandpa tell was how he would ring the chickens’ necks for dinner. It consisted of two sentences: “I wrung their necks. Your grandmother cooked ’em.” I had to really probe to get this tiny tidbit. 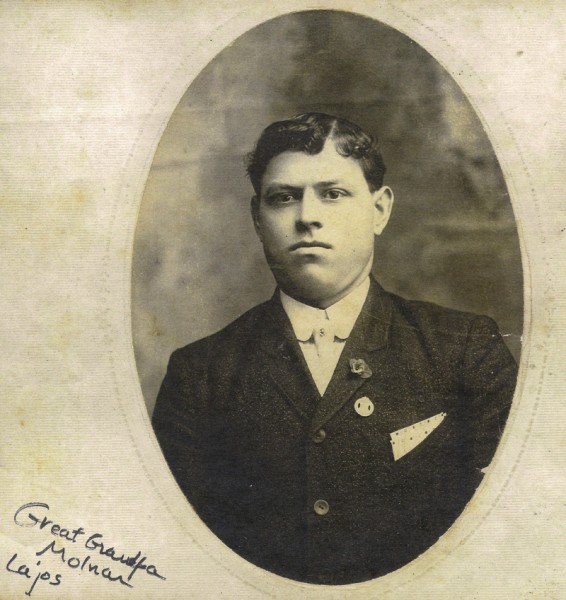 My mom only found out what her grandpa, Lajos, did for a living a few years ago. The story? He was in construction. She asked for details.

The Foppiano cousins, on the other hand, told me anything they could think of and mostly stories I was not supposed to know. 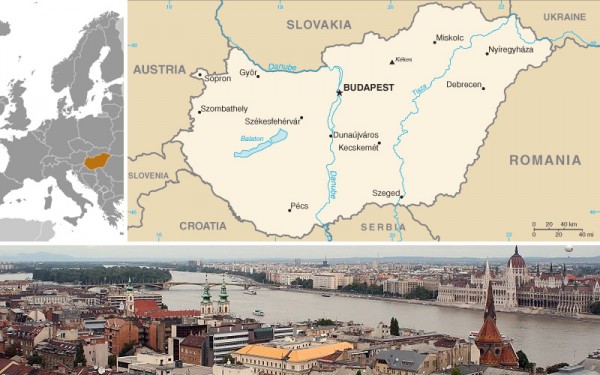 The conversation picked up when I asked mom what she ate growing up. The first thing she said was “Paprika, paprika, paprika.” This rusty red spice was in and on every dish imaginable, from Chicken Paprika [recipe], to eggs, soups, and cucumber salad with sour cream. Instead of common, mild paprika, she uses half-sharp paprika which is spicy and impossibly tingly, with a heat level floating somewhere between regular paprika and cayenne. 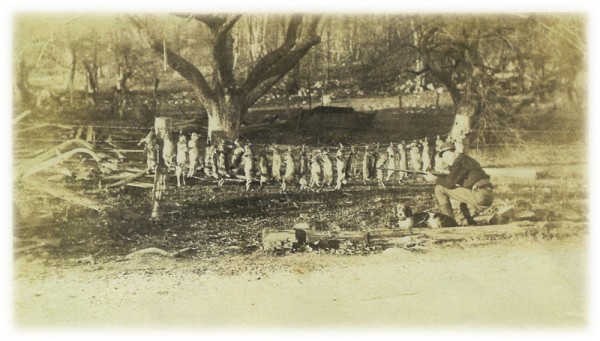 The conversation died down and we sipped our tea.

After a long silence, mom blurted out “Pig’s feet.”

She explained that her dad brought home pickled pigs feet – something her Italian mother had zero interest in. In general, meat was a big deal – mom was raised to chew the fat. The men did a lot of hunting. Rabbit, deer – it was all fair game.  They even ate bacon kabobs at campouts [recipe]. Stews like goulash and paprikas were served with buttered noodles.

Sweet summertime dishes included strudel and stone fruit, like cold cherry soup [recipe]. Hungarian crepes – palacsinta [recipe] – were adored any time of day. Mom rolled them up with apricot jam, walnuts, or yogurt/sour cream and we ate so many our tummies stuck out for hours. Savory versions were a big hit, too – mom stuffed many a palacsinta with chicken paprika. The funny thing is, growing up, I always assumed she was cooking French when she made crepes – I had no idea until this week that the versions we munched on my entire life were actually a Hungarian treat. Life is funny that way. 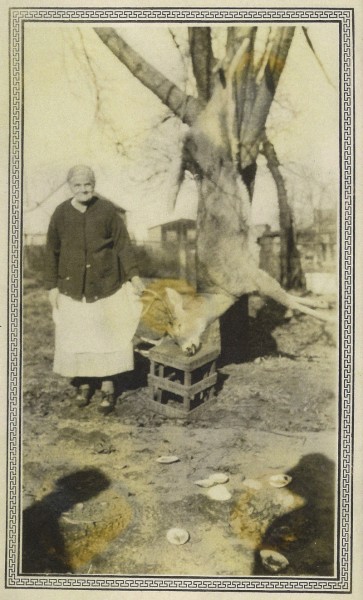 Full disclosure: except for the photo of my grandpa and great grandpa, my mom has no idea who the people in these pictures are. She said she found them in her dad’s family album, unlabeled. Which, as with any good tragic-comedy, makes us cry a little, but laugh more. As the Hungarian side of the family would say, “just forget about it.”