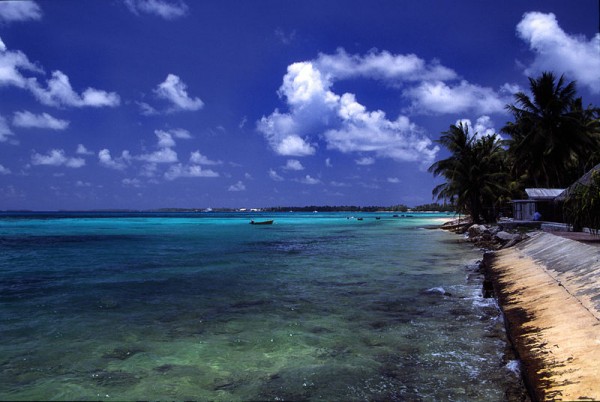 A beach at Funafuti atoll, Tuvalu, on a sunny day. Photo by Stefan Lins.

This week we’re scooting out into the Pacific, all the way to Tuvalu – a country which is as much fun to eat as it is to say.

I wasn’t convinced I’d find much info on these water-lapped islands, especially considering Tuvalu is the fourth smallest country in the world – behind Monaco, Nauru (also in the Pacific), and the Vatican City. It is made up of just three reef islands and six atolls.

An atoll is a ring-shaped coral reef like these: 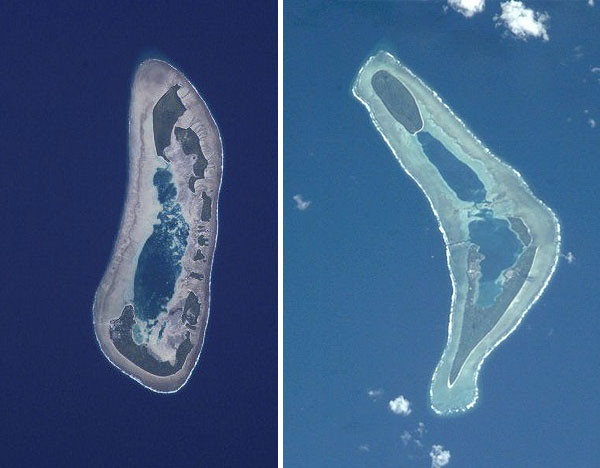 There’s generally a lagoon inside. Not a lot of room for growing food.

But it does make for some awesome roads. 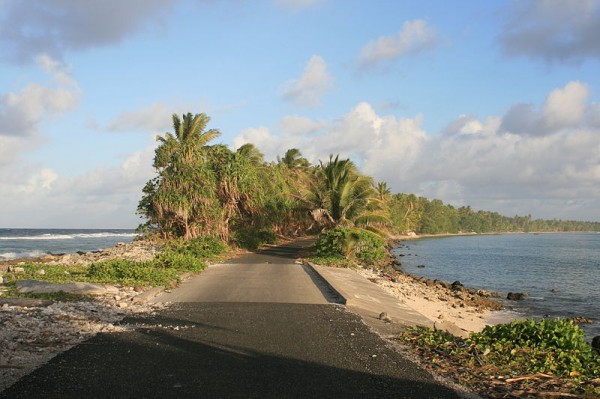 Then I stumbled across Andy Explores and I knew everything would be okay.

In this fun spirited blog (by a Boy Scout, no less), Andy takes his readers through his year in Tuvalu. Stories include learning to fish, cooking like a local, waiting for the monthly food shipments (literally just once a month), meeting the epic Graham Hughes (one of two people who have been to every country in the world, including the amazing Chris Guillebeau), and witnessing Duchess Kate and Prince Williams’ royal visit to Tuvalu (before their bundle of joy showed up).

If you’re curious how Tuvalu welcomed the royal couple, look no further.

I’d say the Tuvaluans did it up right (how about that royal dancing?!)

Andy taught me quite a few things about food in Tuvalu. For starters, fish reigns supreme. Locally caught tuna is as big as it is amazing. Islanders are happy to slurp the fish down raw, sashimi-style, the salt water still dripping from each bite. They also enjoy making curry with it [Recipe] and serving the whole she-bang over white rice. 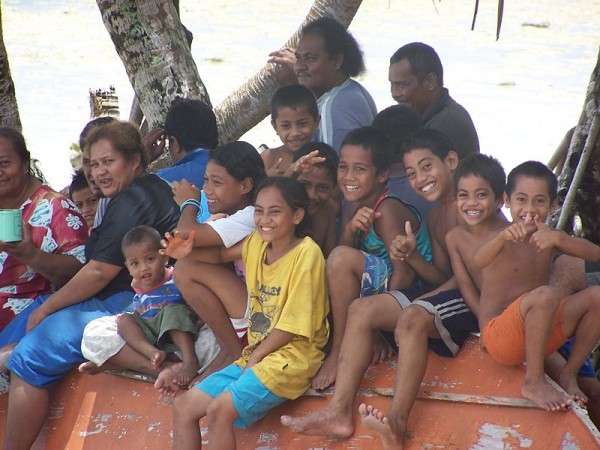 Just about everything has coconut in it, from the curries to the desserts. Prince William and the Duchess even cracked coconuts during their stay.

And what dessert did they eat in Tuvalu, you ask?

For the rest of the menu, the Telegraph knew all:

“…raw slices of Pala fish, and a main course of leg of pork and roast chicken, local seafood was served including lobster and fresh clam, while vegetables included local spinach, rolled mashed breadfruit with sweet potato leaf stuffing and pumpkin .For dessert there were banana fritters and fruits from pawpaw to bananas and utanu tao – baked germinating coconut.”

I figure, if they fed it to the royals, it most certainly has to be the locals pride and joy, not to mention royally delicious.

Andy notes the only thing the menu was missing, was breadfruit chips (his favorite) and puluka.  He calls puluka “a staple root vegetable like cassava – only much drier!”

Let’s have dinner in Tuvalu. Are you in? 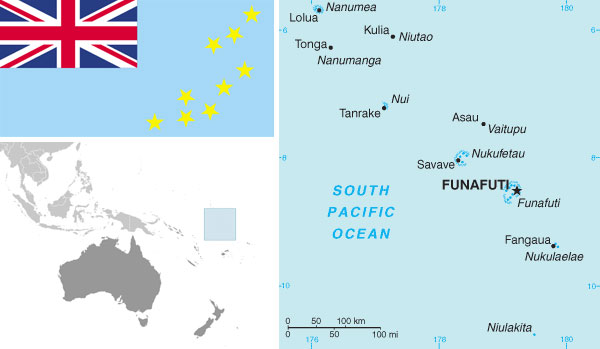 Maps and flag of Tuvalu courtesy of the CIA world Factbook.