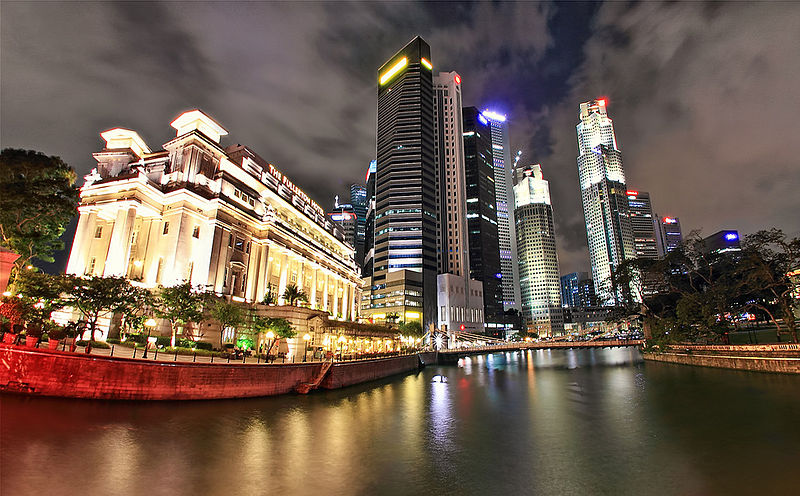 Imagine a land of sparkling skyscrapers built in a land so humid that, if you shut your eyes, you could almost feel the rain forest drip down onto your cheeks. This is Singapore, a slick, modern, island nation known for her diverse population, epitomized by an astounding four official languages (Chinese, English, Malay, and Tamil).

Where once towering jungle stood, glass and steel now touch the sky.

If you’re looking for sprawling nature, you’ll have to spread out a little, and explore her 50 other small islands. 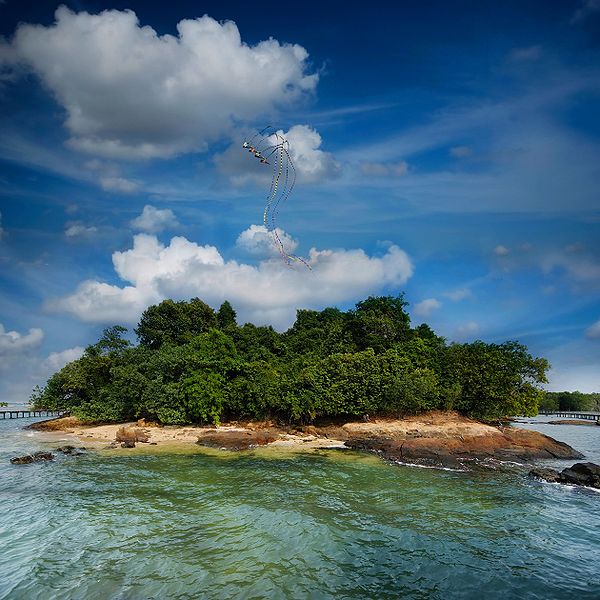 Anthony Bourdain said of Singapore’s melting pot: “If you love food, this might be the best place on earth.”  The irony, of course, is that this spectacular food comes served in Food Courts, something I steer clear of in our Midwestern malls, where sad toothpicks of syrupy chicken are pushed in my direction, as unwelcome as they are flabby. 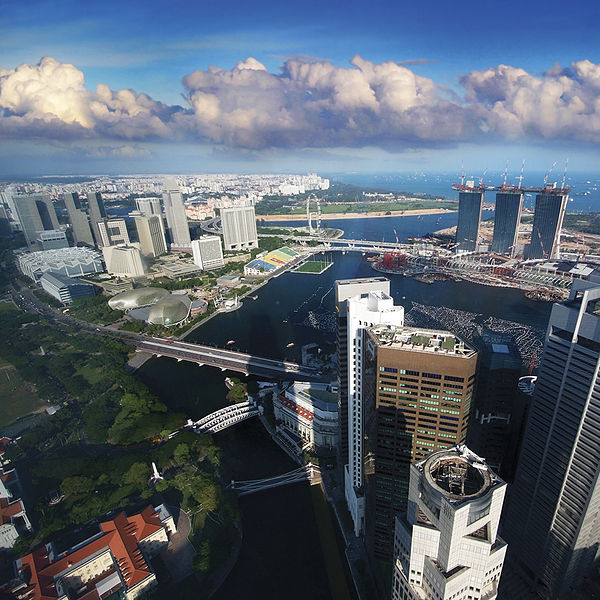 View from UOB Plaza by Jacklee

But food courts in Singapore are a different animal entirely. In the clean, often noisy kitchens which overlook clusters of metal tables and chairs, chefs are local stars – specialists in their specific cuisine, whether it be Indian, Chinese, Malaysian, or even Nonya (a popular blend of Chinese and Malaysian cooking styles).

While 80-90% of the food is imported, there’s still an incredible array of specialties, like Chili Crab or Chicken Rice  [Recipe] or Chicken Satay (which we cooked for our Indonesian Global Table)… and, from the sounds of things, you just might get into a friendly brawl over the best food court to get it in.

And quite possibly over how to eat it. 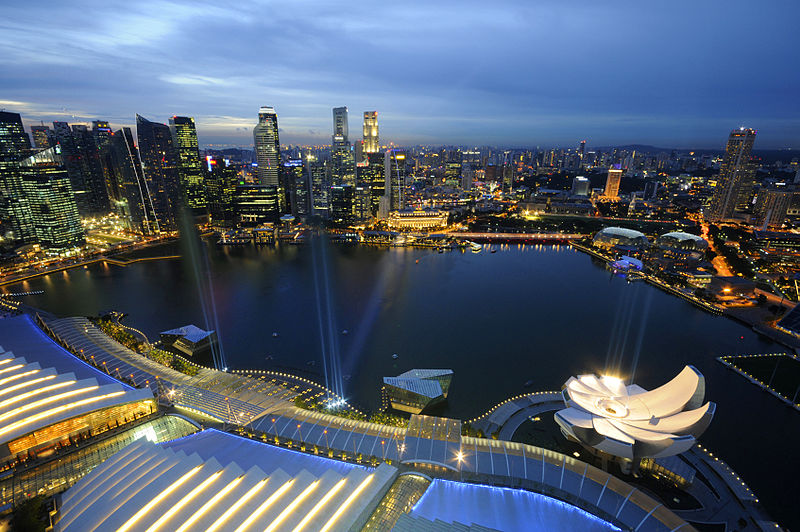 Marina Bay and the Singapore skyline at dusk by William Cho

Don’t let the simple names fool you;  when you actually bite down on the food of Singapore, you’ll uncover complex flavors in which ginger, garlic, and shallot come together over fragrant rice and under a sweltering layer of one of the many hundreds (thousands!) of local chilli sauces  [Recipe]. 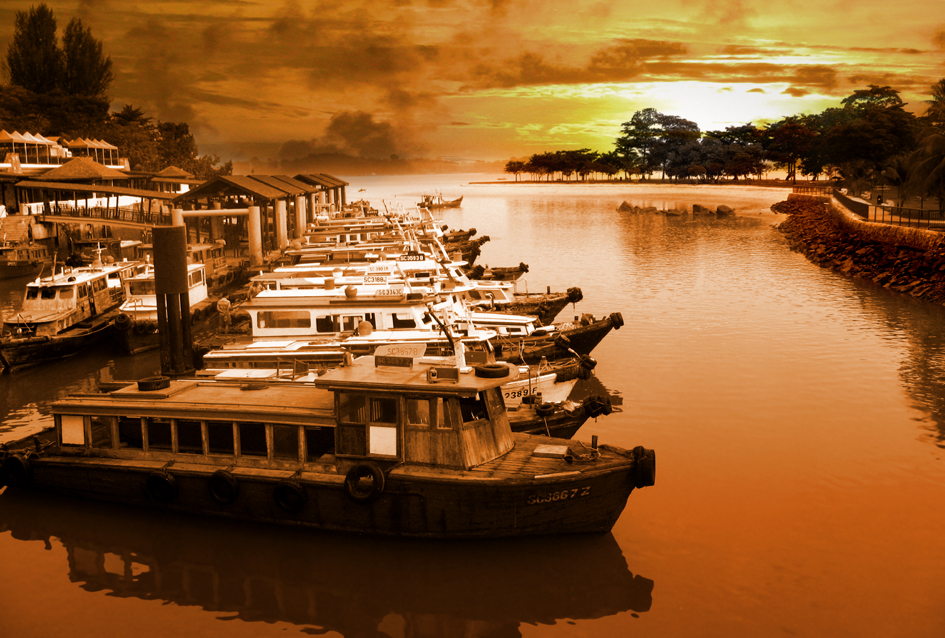 I can’t complete this list without mentioning Bourdain’s recommendations for those of you who would like something a little more extreme: bone soup and shark head. The first involves using a straw to suck marrow out of blood red bones, while the second is… well… exactly what it sounds like, cooked shark head. Perhaps you’d like it with a few bites of coconut rice (nasi lemak)? 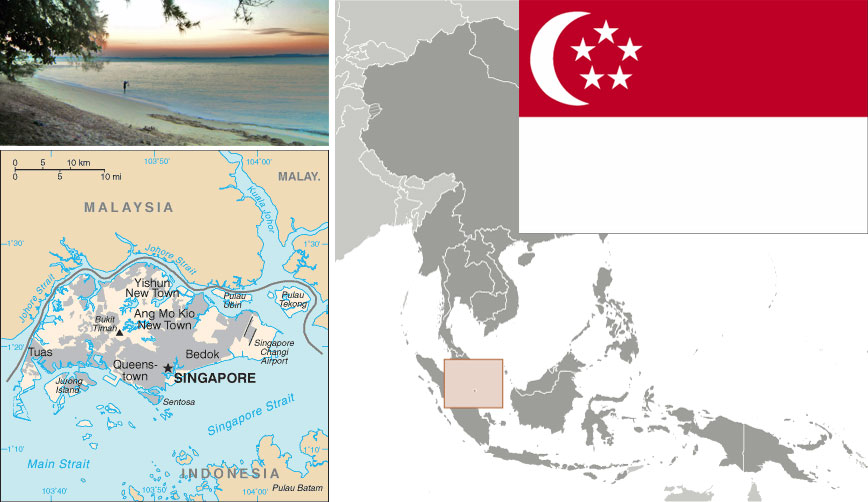