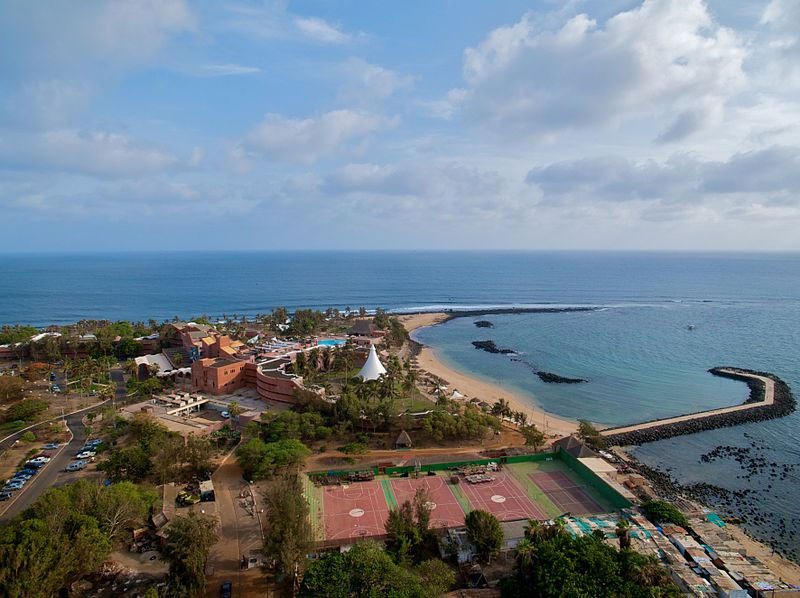 The westernmost point of Africa near Dakar, Senegal. Photo by Jeff Attaway.

Today’s daydream takes us to Senegal… a land of alluring contrast.

One, long finger of Senegal fades into the Atlantic ocean, the westernmost point of Africa. As you wander inland, past the subtropical streets paved with the catch of the day, still fresh from the ocean, you will see as many collard shirts and slacks as you do bright tunics and robes.

Three quarters of the population lives in cities on the coast. Once past the bustle (where buses noisily bump past rickety carts), the roads slowly turn to dust and the Savannah takes over. Here, the people’s bright clothing stands out against the golden grasses, thatched roofs, and earthen walls. The flicker of fires in outdoor kitchens makes for a spark of natural color. 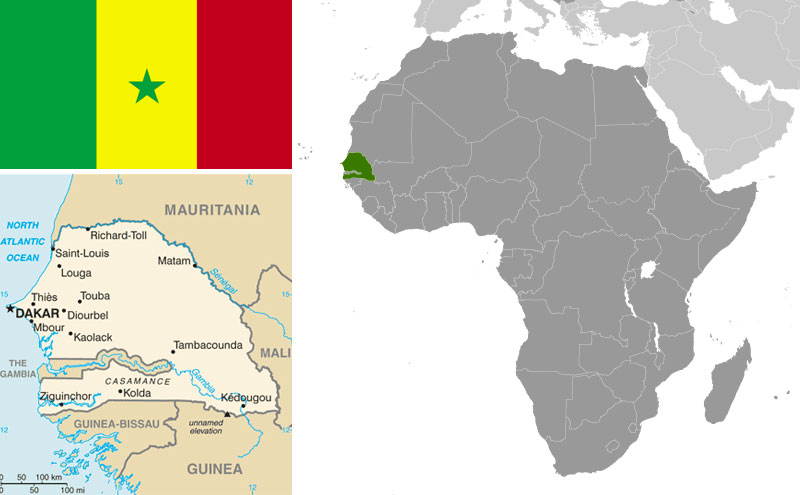 Maps and Flag of Senegal courtesy of CIA World Factbook.

This former French colony still has traces of French culture in the food. Baguettes can be found under arm, but more popular than that is rice and millet. Rice is increasingly popular thanks to the ease of preparation although there’s old love for couscous made from millet.

With lakes and rivers everywhere, fishing is the main industry and the day’s progress can be found flashing along the water in turquoise, blue, and red boats. Fishermen proudly show of blue marlin and baracuda, grouper, hake, sole, and even shrimp or crab. Unless eaten quickly, the fish is typically dried or smoked to ease preservation. The most well-known dish in Senegal is Thiéboudienne which is a one-pot dish of stuffed fish with rice and vegetables. 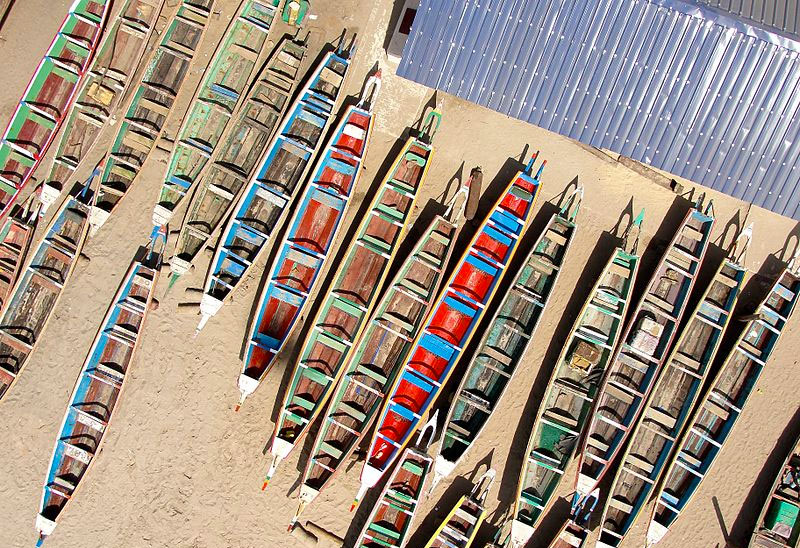 Another incredibly popular dish is Chicken Yassa, made with lemon juice and loads of onion [Recipe]. In fact, Yassa is a staple throughout much of West Africa and served family-style with a platter of rice. On the side you might find avocado and mango salad, as we enjoyed for Antigua and Barbuda. 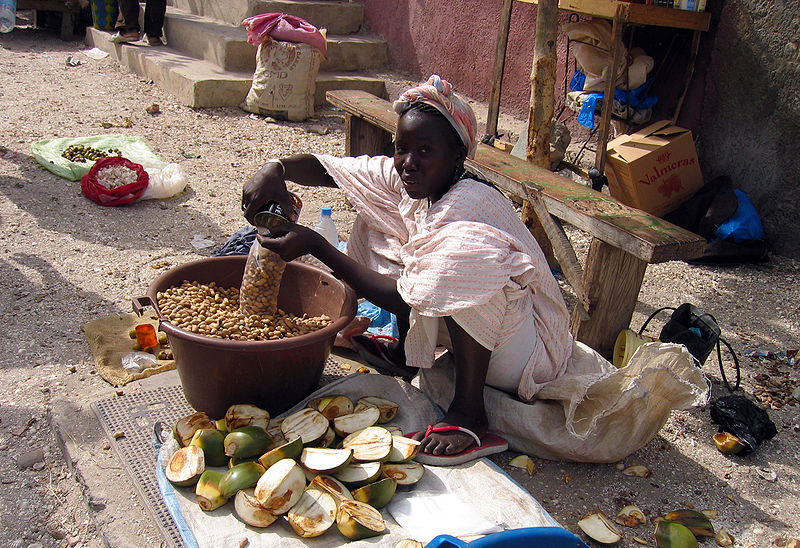 Other staples include black-eyed peas (how auspicious for the New Year, which is when we ate this week’s feast) which make their way into salads [Recipe], fritters, and stews. You can also find peanuts everywhere, a.k.a. groundnuts. Again, these show up in groundnut soups (as we made for Ghana) and sweets. In fact, along the city streets, one can pick up sugar cookies coated in peanut butter and crushed peanuts[Recipe]. What a delight.

Wash it all down with tea. In Senegal, they offer three servings to symbolize friendship and that “the longer we’re together, the sweeter our friendship grows.” 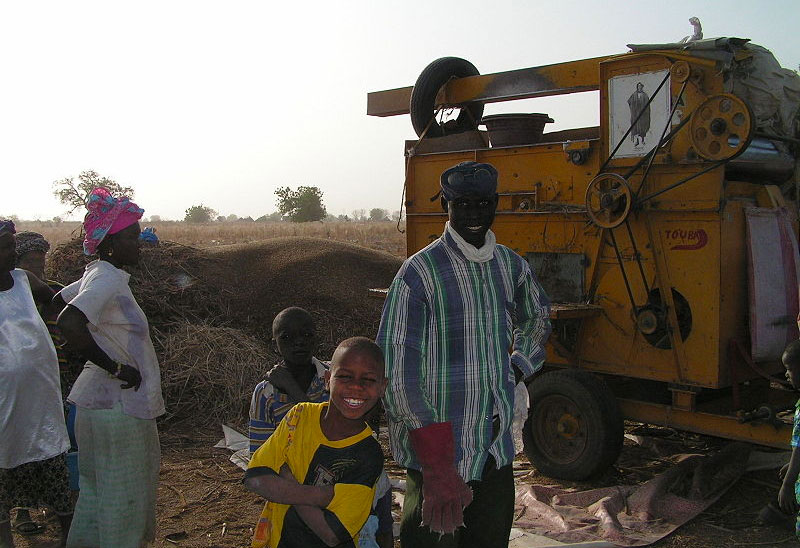 Farm in Senegal. Photo by Apetithan.