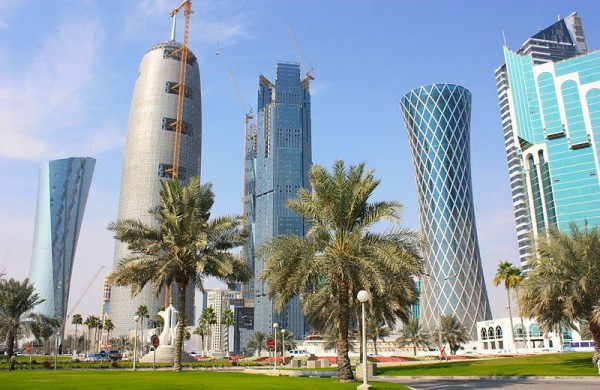 Pictures of some of the West Bay buildings. Photo by Kangxi emperor6868.

I can’t believe we’ve arrived at Q. With one year and one month remaining in our Adventure, I am face to face with a tiny country jutting out into the Persian Gulf, east of Bahrain and Saudi Arabia. This is Qatar’s week at the Global Table.

Just saying it makes me feel like I’m rounding third base, with my eye on the home run.

Which, in turn, makes me a little sad, becausenow all I can think about is how little remains of this Adventure to eat the world.

But Qatar has an answer for that. As they like to say:

The idea of living on through our children – even if just as a whisper of an idea – is beautiful. And I think there’s many similarities between this blog and having a baby.  When we’re done going A-Z, you readers will be able to carry the Adventure on by  sharing the recipes with your families, at potlucks, and as gifts.

The Adventure won’t die. It will spread and grow, ebb and flow. The way good food should. 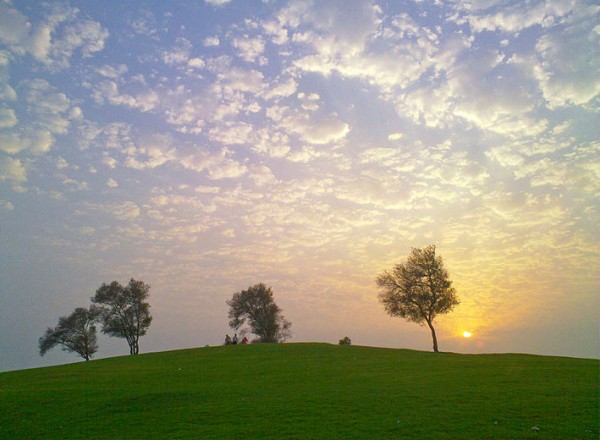 As for Qatar, she shines as yet another small country whose voice must be heard. While most people focus on Qatar’s prosperity and cutting edge architecture, I felt compelled to look deeper at this sandy lot of skyscrapers and uncover what awesome tastes await us.

I quickly learned that Qatari flavors are heavily influenced by her neighboring countries. When I asked my friend Veronika (who lived there for years), she said her favorite Qatari food was Indian. She wasn’t joking. She said that Indian food in Qatar, thanks to a millennia of trade with India, is the best she’s ever had.

So this means lots of cumin, coriander, turmeric and chili powder. This means loads of potatoes and cauliflower  [Recipe]. And samosas. And smiles.

Aside from that, you’ll find most all of the popular Middle Eastern dishes in Qatar (many of which we’ve already prepared), such as hummus [Recipe], falafel, tabbouleh [Recipe], kofta [Recipe], and loads of good yogurt… all mixed up with squashes, tomatoes, and finished off with cardamom infused coffee [Recipe]

Oh, and the dates in Qatar? Nothing to be scoffed at. This is one ingredient they grow abundantly and serve up with love [Recipe]. 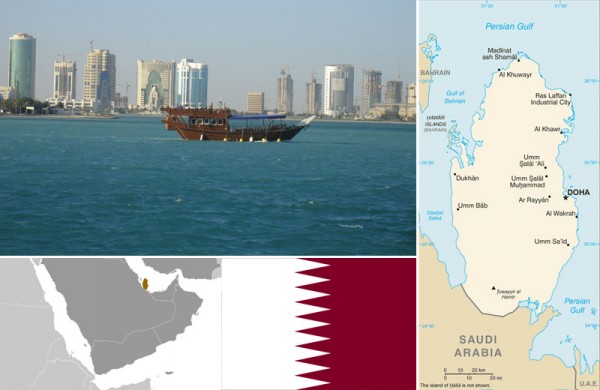 Maps and flag of Qatar courtesy of CIA World Factbook. Photo is of Doha, Qatar.