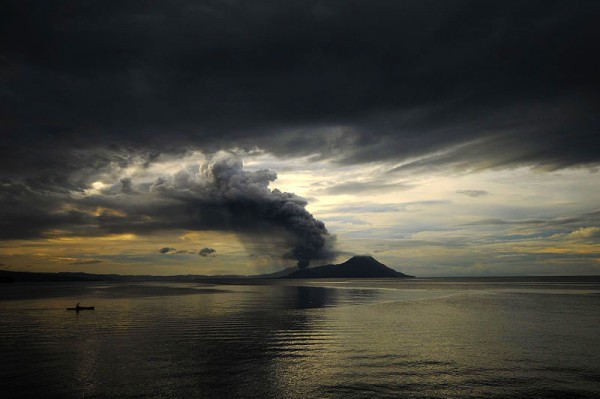 As a fisherman waits patiently for the fish to bite, Tavurvur belches ash and pumice into the twilight. Photo by Taro Taylor.

Few sentences succeed at stopping me in my tracks, however last night’s research on Papua New Guinea made me blush and chuckle. I can’t help but share the line that made me react so strongly, as it sums up the culture more succinctly than three pages worth of blabber I could offer:

A young bare-breasted woman recently bought as a bride for five pigs may be wearing a digital wristwatch. (1000 Places to See Before You Die)

Knock that image around your brain a while. As far as mental images go, the digital wristwatch really is the cherry on top – a snapshot of a bygone era in American style, circa 1980, which is now firmly lodged in the “outdated” category this side of the Pacific.  I love every bit of it. As for the pigs – yes, they are so valuable that many tribes use them as currency. 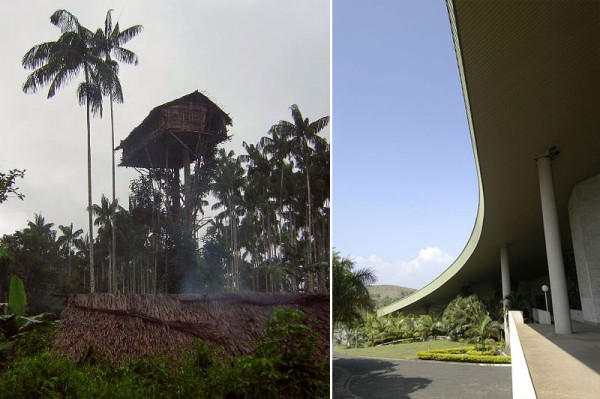 The book goes on to describe several regions of Papua New Guinea celebrated for even more dramatic isolation. So untouched by modern influence, these communities remain submerged in ancient arts and rituals like woodcarving to communicate with the spirit world, face painting, and competitive dancing (to keep once fierce tribal rivalry at friendly levels).

There’s a district called New Britain, where the sides of the head are elongated for beauty. 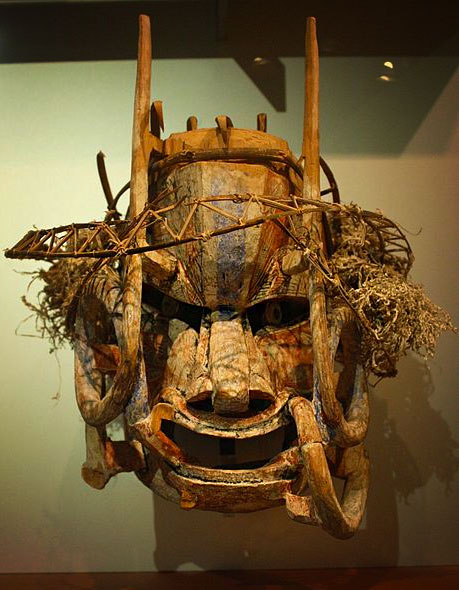 As far as food goes, tradition and simplicity are the name of the game. Almost everything contains some form of coconut. Veggies are stewed in coconut milk (anything from potatoes to eggplant… to green beans) [Recipe]. Seafood is dipped in it – especially in the form of ceviche (like this). Even desserts are simmered in rich coconut milk. 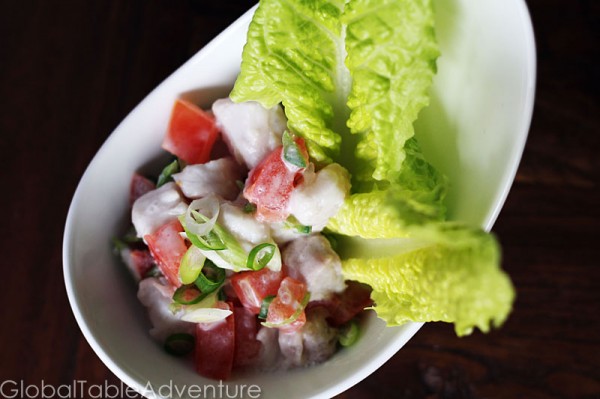 Probably the two most common ingredients I continued to come across were bananas and sweet potatoes. Sometimes together (like these) and sometimes in coconut milk (like this)… other times cooked with tapioca in banana leaves  [Recipe].

Foods are often eaten on the floor or outside, picnic-style. People might gather around the fire, chewing sugar cane, as stews bubble. Perhaps women will chatter and laugh as they pull tapioca into a gummy treat (they call it Sago Pudding). In the background, a lithe gentleman might climb a coconut tree with nothing more than a ramshackle loop of palm fibers around his feet (see video at the bottom of this post).

You might even find coconut shrimp in the coastal restaurants [Recipe].

Life bustles everywhere in this rustic country, for those who care enough to open their eyes. 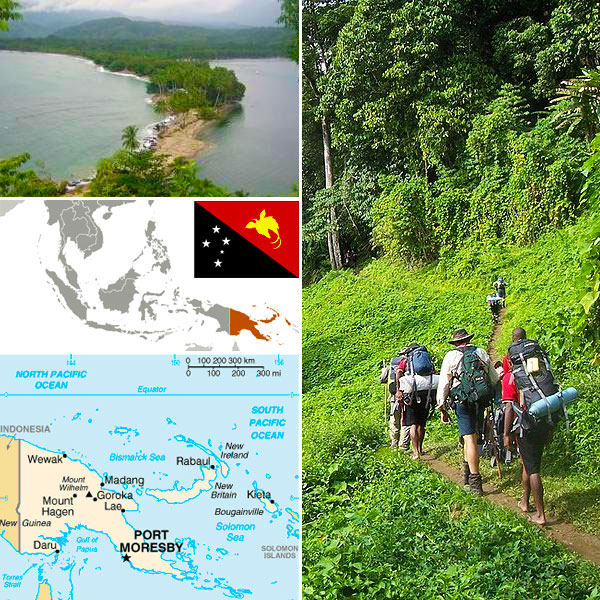 Maps and flag courtesy CIA World Factbook. Walking the Kokoda track, Papua New Guinea. This section of the track is known as the potato fields and is located between the village of Kokoda and the village of Isurava. Photo by Luke Brindley. Salamaua isthmus, photo by Berichard.