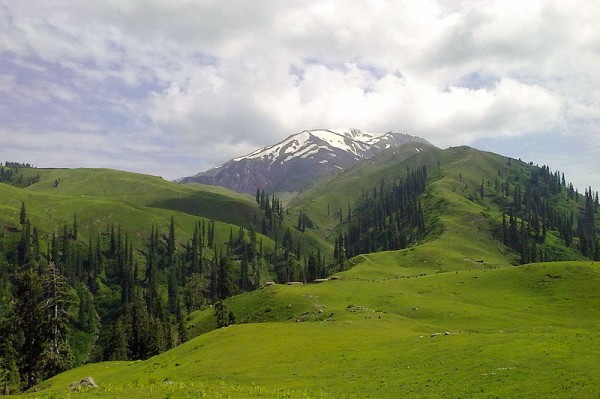 Pakistan is said to be the birthplace of the tandoori oven, where white-hot walls glow and crackle with spit-fire. These incendiary cylinders char-roast kebabs and breads alike. Although it is only the exceptional hostess that has a tandoori oven in her private home, if I had one, I would use it to cook our cumin seed naan (the one we made back in Afghanistan. P.S. This bread which would also work for a Pakistani meal. P.P.S. Oh, how far our recipes have come haha).

Even though I swoon for naan day and night, there’s debate from the Pakistani highlands to the plateaus, as to whether a traditional meal goes best with bread or rice – there are local devotees to each. For those who choose flatbreads (typically naan or roti), the meal is easily enjoyed with the fingers. 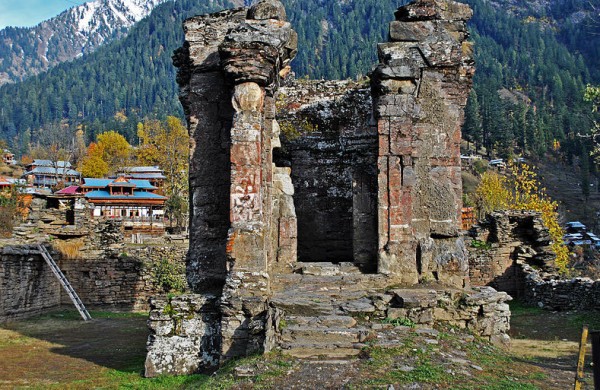 Ruins of the Sharada Peeth (Temple of the goddess Sarasvatī once considered the center of learning in the region). Photo by Irfan Ahmed.

For those who choose rice, a lovely assortment of biriyani are available. Basmati rice can be seasoned simply with saffron (as we did with Rosewater & Saffron Rice for Bahrain or the Azerbajani Saffron Rice with crusty potatoes) or perhaps with garlic, cilantro, and ghee [Recipe]. There are also elaborate meat and rice dishes, where layers alternate until a towering mountain feast awaits. 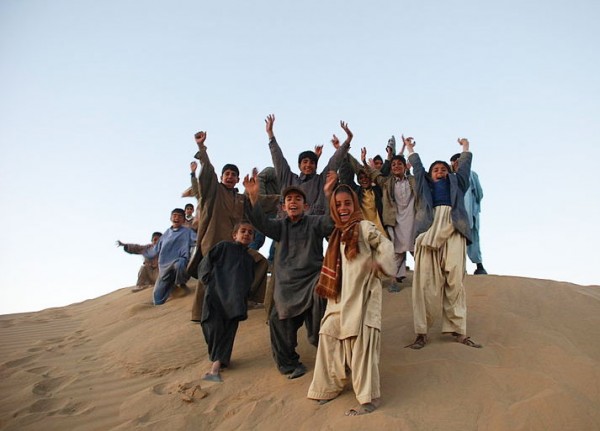 Children in Pakistan near the Boarder to Iran. Photo by Graef.

Meals include lots of meat (in fact a diet rich in meat is said to be one of the main distinguishing characteristics between Indian and Pakistani food). There’s tandoori chicken, curried goat, and even a dish called Haleem (or King of Curry), a mixture of several kinds of daal, spices, and beef which is slow cooked for up to six hours. Many of these dishes can be quite spicy, creating an altogether different kind of “tandoori oven” in the mouth. 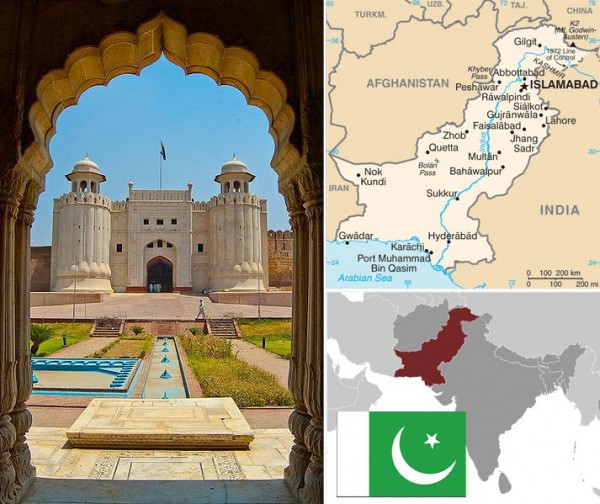 But it’s not all fire and rice – there’s a general love for the delicate dance between sweet and sour, and meals can be laced up with sour plums, pomegranates, limes or lemons. In contrast, garaham masala weaves warmth and comfort through many meals.

Sides might include chutneys, or beans (like chickpeas and lentils), yogurt, and salads with fresh tomatoes  [Recipe].

Drinks include green tea or even coffee laced with cardamom, cinnamon, and the occasional sprinkle of golden saffron [Recipe]. Surely these warm sippers are most welcome during Pakistan’s monsoon season, where water becomes a creature that must be keenly watched, lest it flood too much ground. 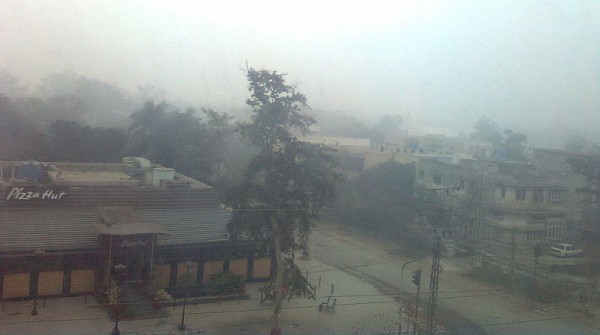 Winter in Lahore. Photo by Jugni.