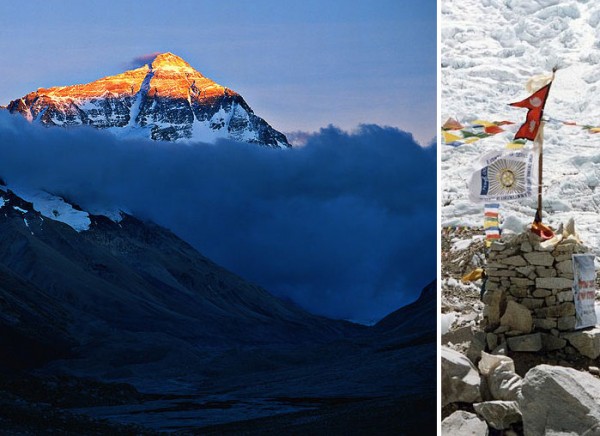 As you fly into Nepal, the first thing you might see is Mount Everest, rising up through the clouds like the spirit of the earth stretching in greeting to the sky. Once in town you’ll find monkeys eating with the pigeons and ambling through the cobblestone streets, baby following mother. A bus, loaded up with people (even on the very roof top) might zip by on your left, British-style.

Curiously, this is the only country in the world that has a zig-zag looking flag, as opposed to a rectangle.  As my husband remarked, it looks like half of a Christmas tree. This means that, wherever the Nepali flag floats in the breeze you’ll find two two triangles decorated with the sun and moon. From the freezing mountain tops to the subtropical southern reaches of Nepal, an astounding assortment of temples, shrines, and plain ‘ol beauty awaits. 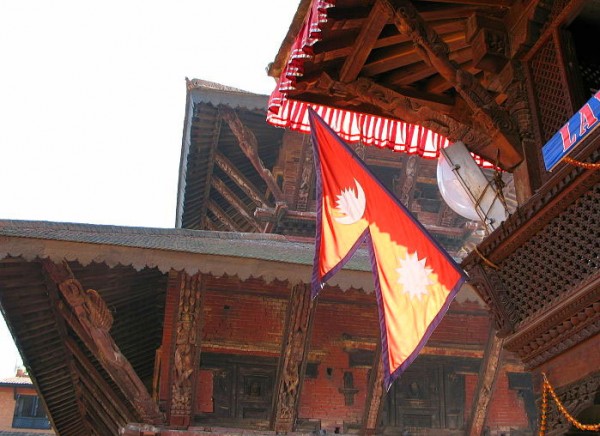 The food reflects her status, tucked between China and India. There are all manner of curries, most commonly you’ll find dahl baht  [Recipe] which I like to think of as a combo platter containing two bowls – one of dahl, or soupy, aromatic split peas and another of rice. This dish can be served with chutney or vegetable pickles called achaar. Other curries include potato, chicken, or fish among many more. Pieces of Indian-style flatbread, like chapati [recipe] also make it to the table.

On the more Chinese and Tibetan side of things there are momos, or little dumplings [Recipe]. These can be made with ground beef or be totally vegetarian, in which case they might sport a cabbage filling. Inside you’ll also find ginger root (which makes its way into much of the cooking). 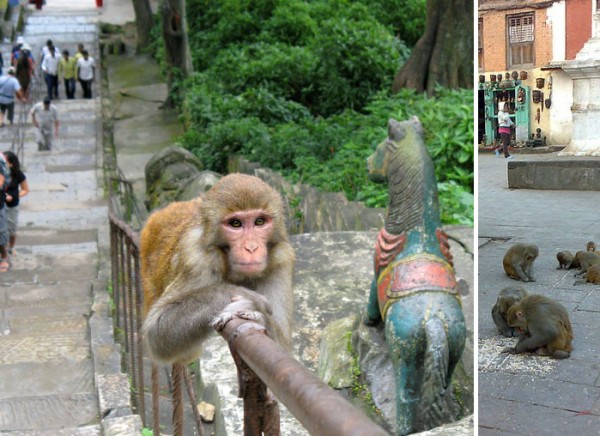 A Rhesus Macaque on Swayambhunath hill, Kathmandu Valley, Nepal . An ancient religious complex atop the hill in the Kathmandu Valley, west of Kathmandu city. It is also known as the Monkey Temple for the holy monkeys living in parts of the temple. Photo by Ester Inbar, available from http://commons.wikimedia.org/wiki/User:ST and monkeys in courtyard by Holynow.

Dessert can be a simple piece of fruit like mango, papaya, watermelon, lychee and bananas… or it can be something from the Indian influence – Besan Burfi, a sweet ghee and chickpea flour treat which I’ve seen compared to fudge [Recipe]. Things might be finished off with a cup of hot buttered tea as we made for Bhutan [recipe].