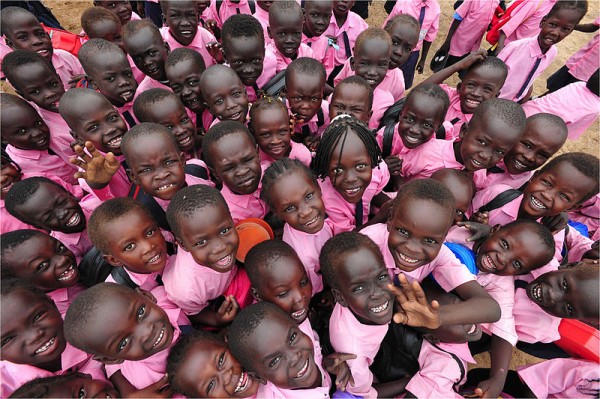 It is a rare thing to bite into a new country; so often we think of our geopolitical landscape as static. But countries are no more static than the mountains which shift and crack, and spew forth anew from the earth’s molten core.

There are surges and separations, and somehow, from the same old earth, something new emerges. 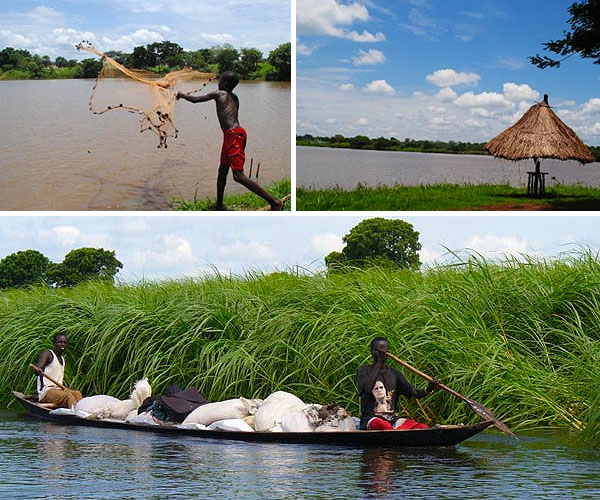 She’s hot, tropical, and bursting with jungle and swampland. She’s been there all along, of course, but now she has both boundaries and acknowledgement. Villagers sink into her heat with abandon, removed from the flicker of tourists, pressed together in the common interest of survival.

The food is simple, based on porridge made from millet (“wala-wala” or “awal-wala”), although more densely populated areas will also offer cassava fritters and sorghum flatbread (kisra) [Recipe].

Meat like goat, beef or chicken, might be grilled and served along with these starches, or it might be cooked down in a peanut and spinach leaf stew called “combo” [recipe].

The key, it would seem, is the mighty peanut, a.k.a. groundnut. 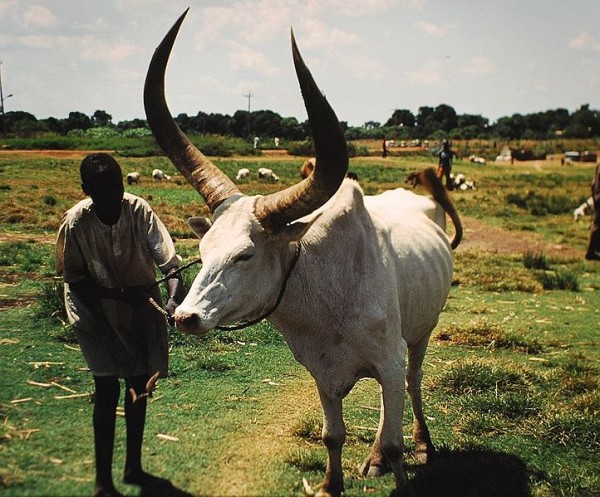 The peanut makes it’s way into much Sudanese cooking – as a sauce, a thickener, and even as a dressing for a simple tomato salad [recipe]. The peanut is nutritious and provides important protein, so it stands to reason that it would have such an important place in the food.

I also received help from an American named Oliver living and working in South Sudan. These are his top two recommendations:

Goat stew.  This is one of two ubiquitous dishes.  It’s chopped up goat parts – basically every bit you can imagine – floating in a watery grey or red liquid.  My guess is that it’s primarily water, with some chopped up onion, chili powder and salt.  It’s not intensely flavored.
Fried perch.  This is the second standard dish.  It’s chopped up fish parts deep fried, served with a pile of chili powder on the side.  You also see perch that’s put in a smokehouse for hours and then left in the hot sun to dry out.  That’s generally done with the fish whole, and then you just eat it like a Popsicle

Is it just me, or does the idea of eating a fish like a Popsicle strike any one else’s funny bone? 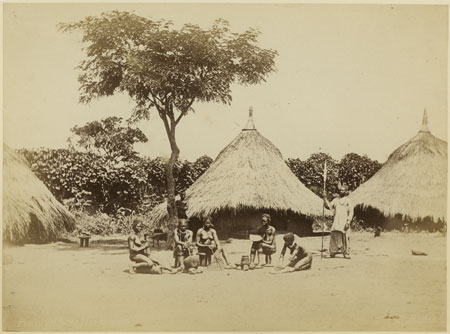 I should add that a unique notion of hospitality threads through South Sudan. Here’s one account of the Azande (pictured above) from Brian Schwartz’s book A World of Villages:

“…the Azande customs were new to me; I had never been presented with a meal so large that two men were needed to carry it, and I complimented my host on his generosity.  ‘We will eat,’ he told me, ‘and what we leave my family will eat, and what they leave my servants will eat,’ and as he said this  he carefully picked the choicest cubes of meat out of the porridge and I did the same.”

What would you do if offered a platter carried in by two men? I hope that, though I might enjoy the moment, I’d also have the empathy (and willpower!) to leave a few choice pieces for those who come after. 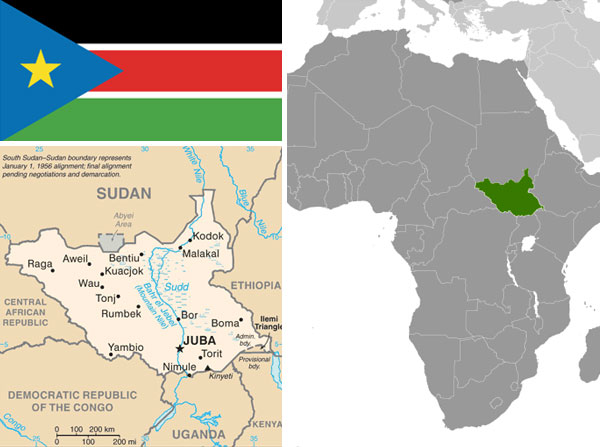