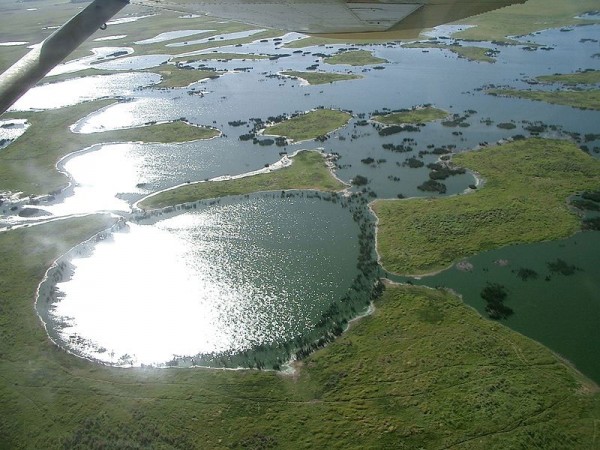 a Flooded grasslands and savannas ecoregion of south-central South America. By Alicia Yo.

Paraguay (pronounced parag-why) is the first landlocked country we’ve cooked in a long, long while. To celebrate, we’re going to hang out in a local swamp. Appropriately dubbed “The Great Swamp,” this wet expanse stretches through Brazil, Paraguay, and Bolivia, and is home to more than 10,000 species of birds, reptiles, fish, and invertebrates, according to Environmental Graffiti. It’s gigantic.

P.S. The Great Swamp is considered by Environmental Graffiti to be one of the top ten swamps in the world. 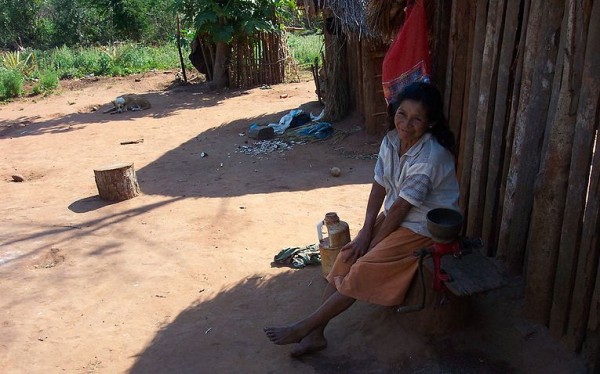 While there, let’s sip on yerba mate – a bitter, hyper-caffienated tea served in a “mate” container and drunk through a bombilla (a straw with a built-in strainer. Brilliant invention, right?). In the summer, try chilled yerba tea mixed with herbs. This is called terere, a wildly popular Paraguayan drink. Speaking of summer – if the sun gets in your eyes, feel free to throw on a a carved leather hat – something local artisans produce (you might find them tucked away between pottery, jewelry, and wooden sculpture vendors).

When hunger strikes, there’s everything from carne asada (barecued meat) [Recipe] and all the fixings, to corn, corn, and more corn. 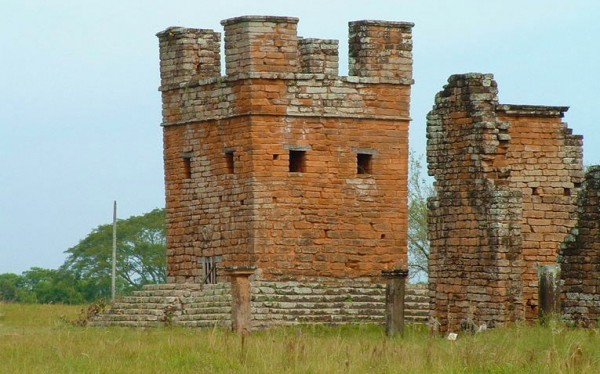 Cornbread is a safe bet considering most Paraguayans don’t feel like dinner is done until they’ve nibbled on a slice. There are two main varieties called Sopa Paraguaya and Chipa Guazu (chipa has loads of corn kernels in it – yum) [Recipe]. You’ll find neat squares of sopa or chipa on the side of almost every meal (especially the soups – like chickpea and spinach soup – Garbanzo con Acelga, Pira Caldo – fish stew, or simple meat stews). There’s also corn mush and corn pudding, in case you’d still like some more. 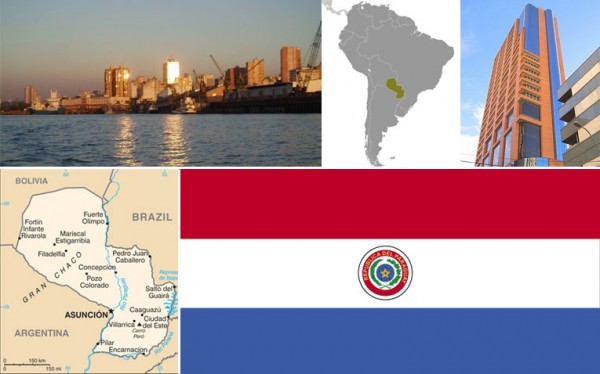 Maps and flag courtesy of the CIA World Factbook. Photos of Asuncion by Motorway065 and FF MM.

You can finish your meal with cafe con leche and alfajores, the dulce de leche filled cookies so popular in many South American countries [Recipe]. Or you can bite into a Kosereva, a candied preserve made from molasses and sour oranges.

Or you can just watch the ladies dance with wine bottles on their heads (16 is the record, as far as I know).

Here’s the description of this competitive dance from The Logic of Long Distance:

The best performance of the night was the bottle-dance, a peculiarly Paraguayan dance in which the women shuffle and weave around the floor balancing wine bottles on their heads. It is a competitive dance. Most of the girls topped out around six or seven bottles. But two girls kept on stacking bottles on their heads. They had to bring a ladder to pile them on—eleven, twelve, thirteen, fourteen wine bottles stacked end to end on the top of the head of a dancing girl. The girl that won ended up breaking her record, balancing sixteen wine bottles on her head, outside on a windy day!