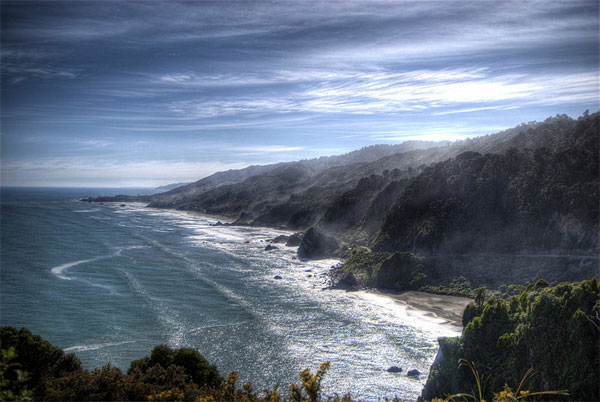 With her long line of rugged, scraggly mountains, New Zealand looks like the backbone of the world. Perhaps this is why she was chosen as Middle Earth for the Lord of the Rings trilogy and continues to capture the imagination of people all over the world. If I were a hobbit New Zealand is definitely where I’d choose to live. Even if I were not a hobbit (which I’m not), I’d love to explore this beautiful land. Of course, I might have to wait a few months as it is winter Down Under right now and I’m rather enjoying my Oklahoman summer. 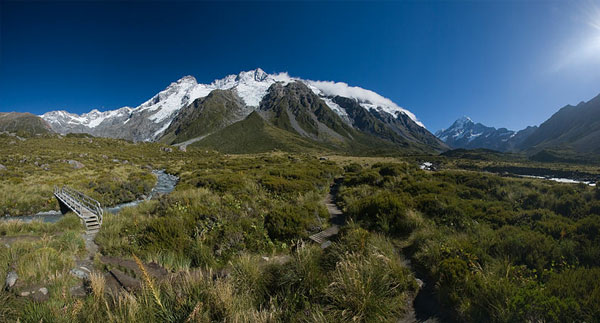 Once you settle in, a long list of nummies await you, many of which are also beloved in Australia. The food is a combination of Pacific Rim (see map) and European, particularly British. For starters, there’s an incredible love of all things barbecue, whether it’s fresh seafood, lamb, burgers (don’t forget the pickled beets), or something as simple as grilled asparagus or sweet potatoes.

There’s just one thing. They don’t call sweet potatoes “sweet potatoes.” Known instead as “kumara,” these spuds were introduced by the Māori people when they first came from Polynesia. (Incidentally, this was so very long ago, Māori are considered the original New Zealanders.) 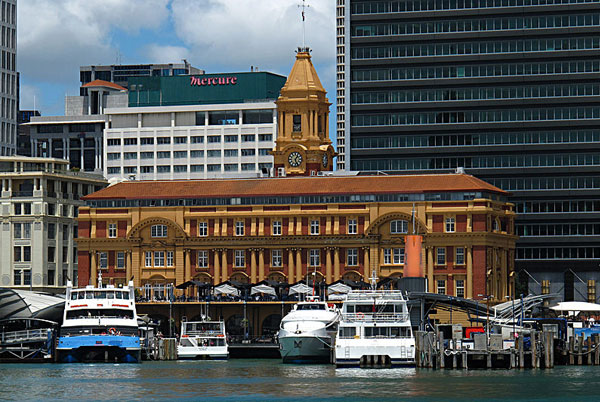 If you’re feeling really bold, go hunting and cook up wild boar (something I’ve always wondered: is there any other kind of boar than wild?). This is exactly what Anthony Bourdain did on his New Zealand No Reservations episode; he remarked that there are government incentives to hunt this animal which can be destructive to other wildlife. Perhaps slow cooking the meat in an underground oven like the Māori would suit you? Or putting it in a meat pie? 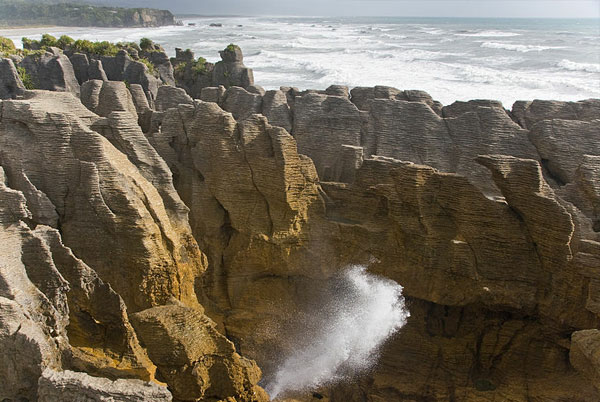 The Pancake Rocks in Punakaiki (New Zealand) approximately one hour before high tide. The seawater bursts through one of the blowholes. Photo by Christian Mehlführer.

No meal from New Zealand is complete without a kiwi or two.

*UPDATE: not a kiwi, a kiwifruit! (read the comments for the explanation)*

This beautiful lime green fruit with white and black center can be enjoyed on it’s own, as well as atop desserts like pavlova.

If you’re not in the mood for fruit, opt instead for the hokey pokey.

And I don’t mean the dance.

Hokey pokey is a crispy sweet, something like puffed up peanut brittle without the peanuts. 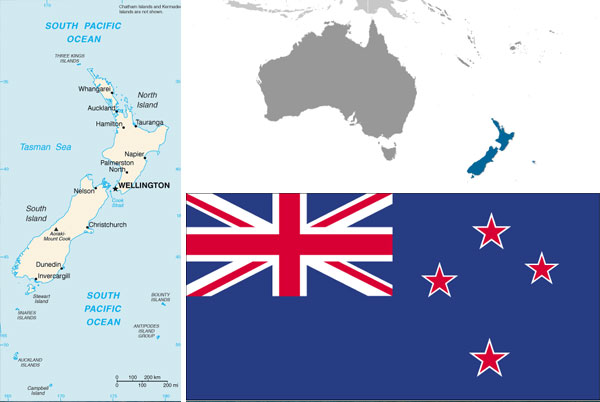