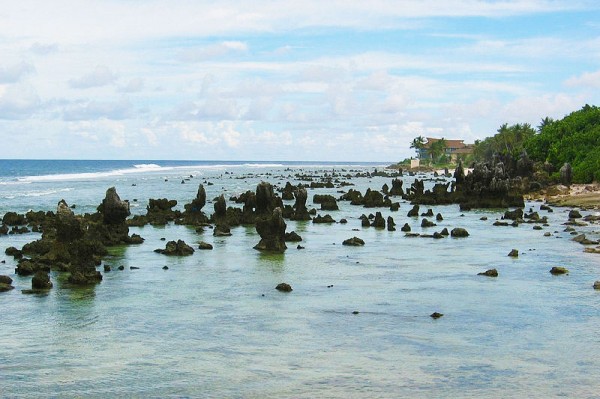 Coral reef on the beach in Nauru. Photo by D-Online

If you’re the kind of lost soul who loves isolation, knowing your neighbors, and an ocean breeze, then Nauru is for you. Clocking in at just eight square miles, Nauru is the third smallest country in the world (and the smallest island nation). With more than three hundred miles between her and the closest piece of land, well, I can’t help but be amazed that anyone found their way to Nauru in the first place, let alone make their home there. I mean, what are the odds?

So let’s figure out what’s for eats on this little island.

As you can probably imagine based on the size of Nauru, not a lot of food grows here. Once host to lush forests, Nauru is now stripped almost bare with poor soil. Coconut and pandan fruit are about all you’ll find. Of course, off the island you’ll find a teeming buffet, filled with as much seafood as your net/rod/spear can capture. Coconut fish is on every menu [recipe].

The old (warrior suit from 1891. Photo by Daderot) contrasted with the new (Pizza shop in Aiue Boulevard at Aiwo, Nauru. Photo by CdaMVvWgS)

The majority of the food in Nauru is shipped in every six weeks. As the entire population counts down the boat’s arrival there’s an eerie echo in the grocery stores; aisle after aisle sits empty, while a few token items cling on until restocking day. If you ask the average person, their diet consists of grilled or fried fish, french fries [recipe], hamburgers, pizza, and Chinese food (including the ever popular twist of spam fried rice). Unfortunately, there’s hardly anything green to be found in a Nauruan meal.

If all this rich food has made you thirsty, saddle up to the nearest food shack. The national drink is considered iced coffee, loaded up with as much sugar as you can stand and plenty of milk [recipe].

In preparation for this week’s Global Table I watched this fascinating News clip on the food and people of Nauru (it’s about 7 minutes long). If you have the time, I’d highly recommend it to get a better picture. Never mind the sensational title. 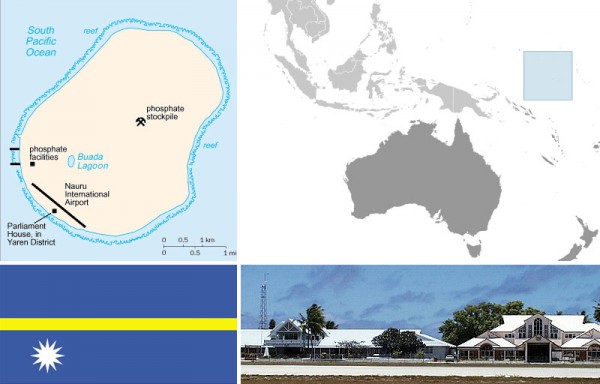 What’s the closest you’ve been to Nauru?