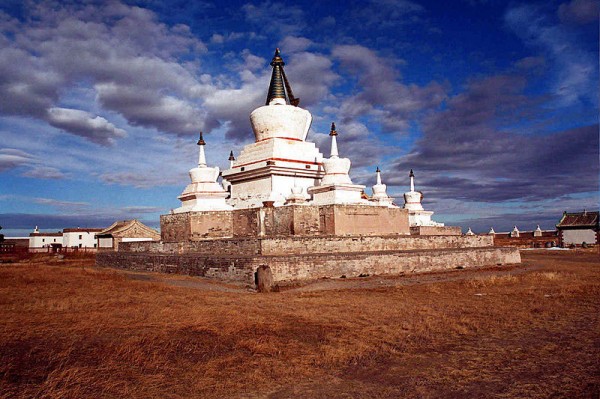 Monastery in Mongolia. Photo by Bouette.

After the hot, sweaty day I had yesterday, a little stove top travel to the central Asian country called Mongolia is a welcome retreat. Even though the Gobi desert sprawls through southern Mongolia, she is best known for her long, cold winters (especially in the the mountainous north and on the dry, grassy steppes, where temperatures can dip way into – 40 F).

Very little grows in dry, chilly Mongolia, but that’s okay. Instead, people rely on an intensely meaty diet. And for good reason – 30% of Mongolia’s population breed livestock (the same number who live a nomadic life). With a lifestyle constantly on the go, the food has to fit in when it can.

There’s no slowing down. Nomads move about 5 times a year, generally with the changing seasons.

Just about any meat is fair game – the fattier, the better. After all, a diet rich in fat helps keep the body warm in freezing temperatures. Andrew Zimmern pointed out tons of grisly, fatty meats enjoyed in all manner of brothy soups, sausages, and even in “meat jello” (essentially Head Cheese).  Speaking of heads, he also enjoyed a sheep’s head in his Mongolian episode, which he likened to really good pot roast.

Perhaps the most interesting Mongolian cooking technique is found among the nomads where they add screaming hot stones inside of the carcass to cook it from the inside, out (along with a few token potatoes). This dish is called Boodog. When you finally open up the animal, the hot stones have not only cooked the meat, but there is a rather sizable pool of brothy juices on the inside, which are happily sipped like soup.

If, after all this meat, you have a hankering for your veggies (me too!), you’re pretty much stuck with root vegetables. Potatoes, carrots, turnips, and the occasional cabbage or carrot salad [Recipe] mix things up. Pickled vegetables and slaws are another option, adding a salty, briny crunch. 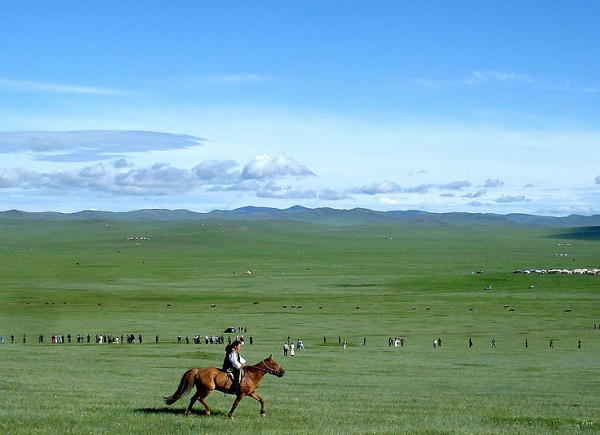 Mongolian horse racing on the steppe. Photo by Naadam.

You have two popular choices to wash down your meal. You can either go with fermented mare’s milk or Mongolian Milk Tea (Suutei Tsai) – which is sometimes served with toasted millet  [Recipe].

While I’ve been sweating in humid, on-the-verge-of-summer weather here in Oklahoma, there is an entire playground of food to brave the cold weather in Mongolia.

The hospitality is extensive; anyone who turns up to a nomad’s movable home will be invited for a meal and even overnight if needed. 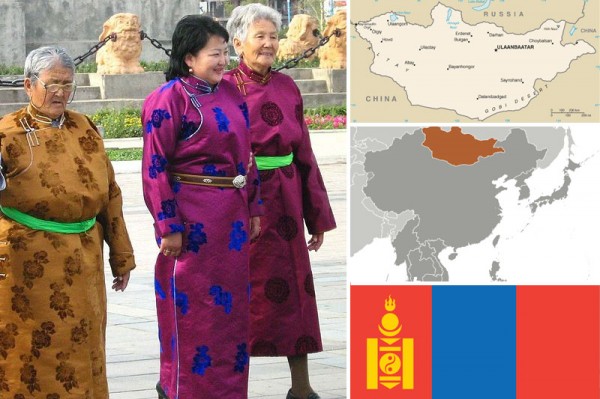