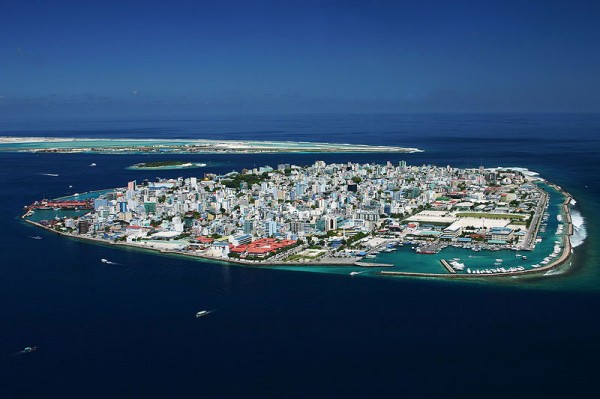 Male, the capital of Maldives. Photo by Shahee Ilyas.

The Republic of Maldives is a sunbathed group of islands southwest of India, dotted along the Indian ocean. Fish – specifically tuna – coconut, rice, and fresh fruit are the most popular tidbits from the region.

Want some dried, crusty fish? They have it!

Maldives Fish is a regional specialty of boiled tuna which is then sun-dried until rock hard. This sort of fish is often pounded and then integrated into coconut fish balls, curries, and sauces. Other fish, as well as with most meats, are most often enjoyed grilled or served in curry. Especially whole [Recipe]. On the side, you might find a spicy bowl of sambol – a popular hot sauce – or flatbreads, seasoned with coconut or onion. 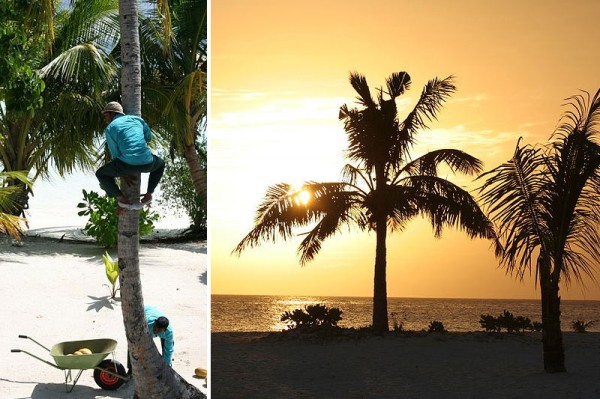 Coconut harvest, by Mstroeck. Sunset in the Maldives. Photo by Steevie.

For dessert, locals cozy up to a bowl of juicy, fresh mango or papaya, rich custards [Recipe] made with condensed milk, and coconut sweets. Following British tradition, from colonial days, tea is served, as well as local specialties like Lomi Lomi made with ginger, palm sugar, citrus juice [Recipe], or even milk based drinks, as found in India.

Like India, ghee is preferred to butter, and highly seasoned rice is typical, such as biriyanee. Common seasonings include curry leaf and pandan leaf, which is reminiscent of cooking throughout Asia and Oceania. 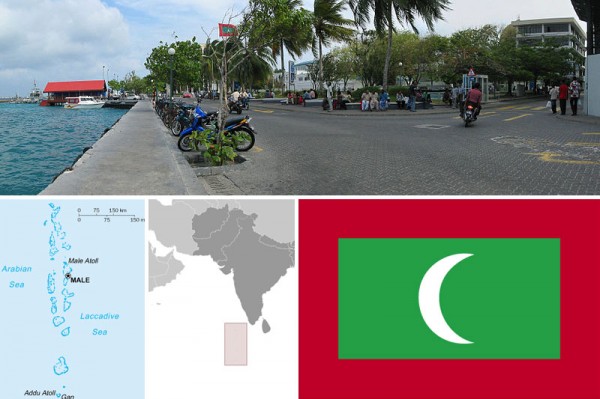 Maps and flag, courtesy of the CIA World Factbook. Photo of Male by Hansueli Krapf.

So that’s just a few tidbits about the food in this easy breezy country.

Personally, I’d love to learn more – while sitting on the beach under a coconut tree.

Or while splashing around in the crystal waters.