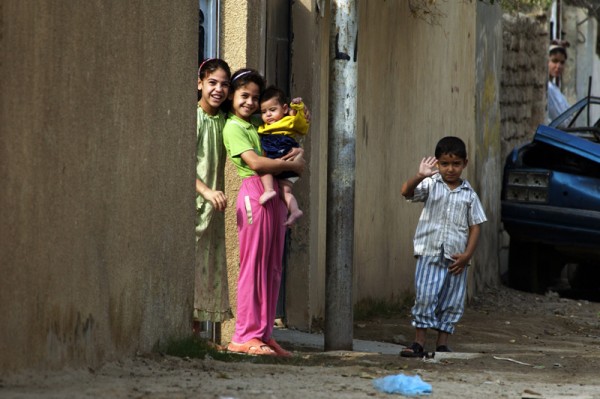 So, here’s the humbling truth: there’s lots of things I thought I knew about Iraq, thanks to the constant stream of current events infiltrating my subconscious. But, when it came right down to it, I actually knew nothing about Iraq.

So I began digging. After just a few minutes, I found this lil’ tidbit out: from the northern mountains to the windswept deserts, Iraq is known as the cradle of civilization.

What? Hold the presses. While you might have known this rather fundamental piece of history, it was news to me.

(Perhaps I should have taken a greater array of history classes in college – 89% of my courseload was centered on Medieval French Arthurian legend, specifically during the time of Crétiens de Troyes – but now is a good a time as any to keep learning.) 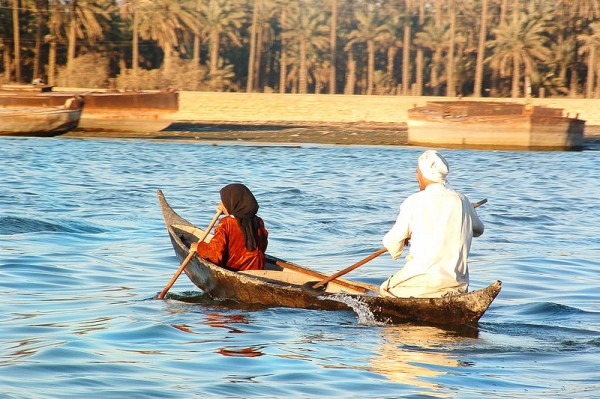 Paddling down the Euphrates River, Iraq. Photo by Christiaan Briggs.

Anyway – formerly known as Mesopotamia, the land between the rivers (Tigris & Euprhates), Iraq was built upon the fertile crescent plains, where rich soil facilitated healthy crops and plentiful pasture for cattle. From this bedrock Uruk and Ur built up, known as the world’s first cities.

If that wasn’t cool enough, the area has several other claims to fame:

– the earliest writing systems
– the first kings
– the place where the wheel and plow were invented.

With such a glorious history, it is no wonder that the Iraqis worked up a good appetite.

For starters, thanks to her seat on the rivers, Iraq is known for wonderful fish dishes, such as masgouf – grilled fish with sour tamarind.

Inward from the rivers, field upon fertile field produce beautiful fruit and vegetables, like Iraq’s world famous dates and eggplants. Dates make their way into many dishes, especially ever popular date and nut balls, commonly made with walnuts or pistachios [Recipe], and fly off the shelves like a Middle Eastern candy bar.

Most meals begin with mezze, made up of an array of small dishes that are so alluring in hot weather. Dishes popular all over the region, such as tabbouleh [Recipe], muhammara [Recipe], falafel, cheese, hummus, yogurt – and breads, such as pita [Recipe], all make a show.

Meat dishes can be cooked any which way, but especially stewed or skewered and grilled. In fact, kabobs much like what we made last week [recipe] are incredibly popular in Iraq. Long-grain rice is ever-loved as a base for meals. 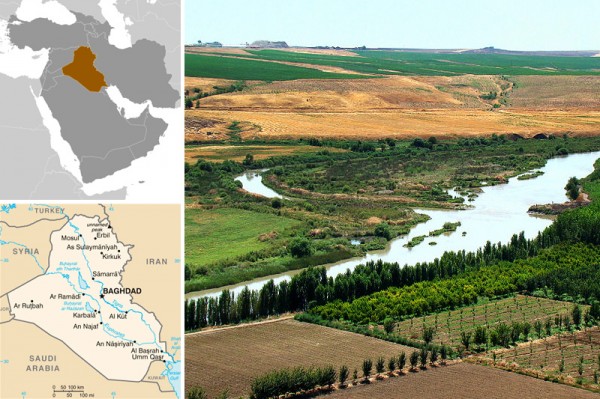 So listen, turn off the radio. Turn off the TV. And pull up a chair to the Global Table.

This week we’re in the cradle of civilization.

What are your favorite dishes from this region?