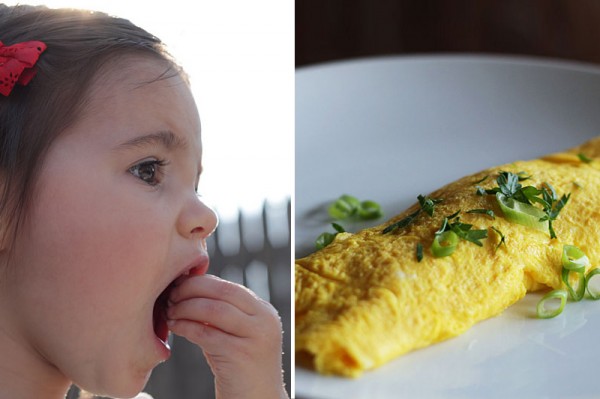 Like cold mercury in a hot thermometer, I quickly moved out of my comfort zone. Failure flushed my cheeks. I felt sun burnt from standing over hot flames. I was stifled. Mad. In order to save any semblance of a sane human being, I sat for a good twenty minutes by myself. I could have made 13.3 omelets in that time. Rather, I should have been able to.

But I was out of eggs.

I was out of eggs because I broke them all. The counters were littered with mistakes. Eggs that browned too fast, omelets that slid off the plate, ones that I pulled too soon, with icky, runny centers. There were even eggs I accidentally cracked over the trash bowl.

The thought of going to the grocery store to get another pack of eggs made me want to kick a tire. I’d already been to the store 4 times in the last two days – not counting Keith’s last minute run to get hickory wood chips. Not to mention, there’s only so many mistakes we could consume. Our two brat cats are worthless when it comes to garbage disposal duty and I was sick of cold eggs.

So, instead, I sat on the couch, my body molded to the soft cushions. Twenty minutes turned into two long, pitiful hours. I believe the technical name for this activity is pouting. The funny thing about pouting is how easily it consumes hours of your life without any benefit. Time stands still but the world carries on. Productivity goes out the window. You gain nothing except – perhaps – a giant pot of self-pity.

As the sun crested the sky, I finally grew bored of wallowing.

Time to get to work.

An omelet. I knew how to do this. I got an A+ on that test at the CIA. I had done it perfectly – meaning I had cooked, plated, and delivered an omelet to my chef (across the kitchen) in less than 90 seconds.

I got up slowly, shuffled to the car, and didn’t stop until I had 24 eggs in my possession. My kitchen counters served as a reminder that 12 eggs would never do. I was clearly out of practice.

I cracked the first egg and called out to Keith.

“Are you going to film this?”

I was edgy, not in the mood for chit chat. I anticipated 15 million dirty dishes covered in wasted eggs.  Failures. Messes. Messes I’d have to clean up. More pouting was imminent. I could feel it.

By the time I cracked the next two eggs and whisked them into a frothy frenzy, Keith was filming. Good man.

We all held our breath.

I dropped the eggs into the hot pan. Sizzle. Nice.

I pushed the eggs around until they were creamy, smoothed them out with a soft spatula, and quickly dropped shredded cheese down the middle.

One, two, flip, and I had an almost perfect omelet folded up on Ava’s plate like a little blanket.

I couldn’t believe it. No browning. No falling off the plate. No yucky runny goo.

And it was captured on camera.

The only problem? It took 100 seconds to make. Sure, it would have been nice to make the omelet in less than 90 seconds, just like the good-ol-cooking-school-days, but… well… sometimes you have to cut your losses.

The best part? Miss Ava gave the omelet a thumbs up. That’s as good as an A+ in my book. 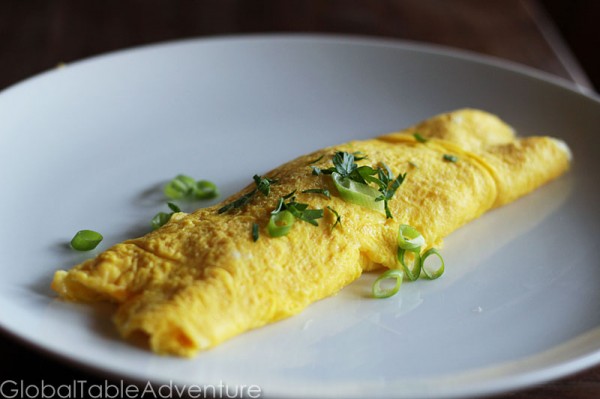 This was a flash back from my cooking school days. 90 seconds or less is pretty rockin’, if you can pull it off. The key is a super hot pan and constantly moving those eggs around. Mr Picky ate 905 of my mistakes. Ava didn’t want anything to do with the omelet at first – but, once she saw me make one, she ate it right up. 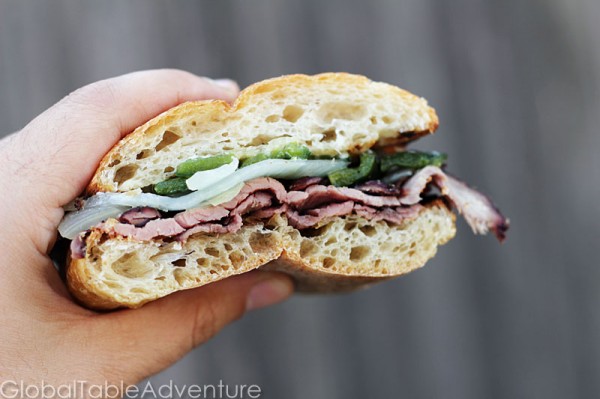 Mr Picky is a meat and potatoes kind of guy. The only problem is I rarely give him meat and only occasionally give him potatoes. I felt like I was a proper Oklahoma woman for the two hours I smoked this meat. Except for when the wood chips weren’t smoking.

If a watched pot never boils, then watched meat definitely never smokes. Did you know that it takes about 5 minutes for the temperature to rise a degree? I know because I stared at the thermometer for five minutes. It’s a bit like watching paint dry. Better to go pick some flowers. 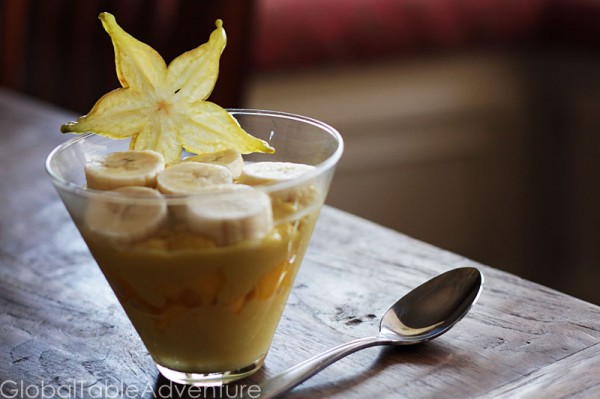 Everything. I would put these in mini parfait cups so you can serve  a bunch of people – otherwise you’ll find yourself eating the whole thing yourself.

You have to eat it right away, or the bananas will brown. To help avoid this, you can cover them up with curd. But, then it wouldn’t be nearly as pretty. Ava is in an anti-goup phase – no yogurt, dips, or anything that looks creamy. As a result she wanted nothing to do with this curd. Sad for her, but more for me. Mr Picky liked this pretty well, but called it alien skin, thanks to the lovely pale green hue.