Psst… does your heart ache? Even just a little? I’ve got the cure: take a tour of Cyprus. In this gloriously mountainous Mediterranean island even the loneliest heart will find love in the air and on the beaches. In fact, legend has it that Aphrodite, the Greek Goddess of love, was born amidst the crashing waves and sandy shores of Cyprus.

Befitting this romantic legacy, the Cypriot have a fascinating habit of cooking food in red wine. Almost anything can get a long slow simmer in the stuff – pork chops, potatoes, or even squid. The red color bleeds into the food making a rosy statement perfect for any date night. 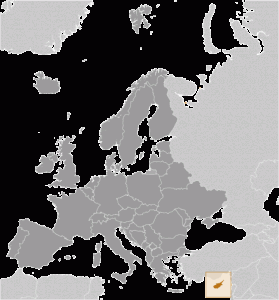 Most Cypriot food is an alluring blend of Greek, Turkish, and Middle Eastern cuisine – you’ll find staples such as oregano, olive oil, lamb, cucumber, yogurt and eggplant mixed on menus with such delicacies as octopus or squid.

Once the romance of Cyprus grabs hold of you, celebrate with a dish fit for any holiday table. Oh, and I just happen to know the perfect one: succulent lamb shanks roasted in clay ovens, called Kleftiko [Recipe]. Locals replicate this method at home with a covered casserole. The tender meat will literally astound you with its elegance and complex flavor.

If you’d rather vegetables, the Cypriot are renowned for stewing/roasting in loads of olive oil. As in…there is enough oil you could almost deep fry the food. The flavor is rich and addicting, although small portions are encouraged. Eggplant always makes an appearance [Recipe], especially on Meze-style meals – a seemingly endless parade of small dishes (rather like the Spanish tapas). Then there’s the famous Cyprus potato, which is prepared in a sloshy bath of olive oil and red wine [Recipe]. 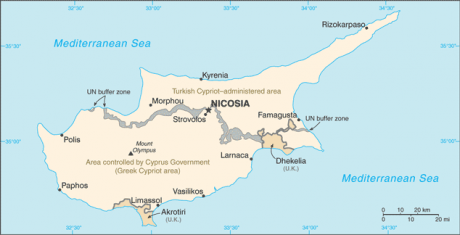 At the end of the day, you’ll need to cut through all that oil with something sweet. Typical desserts include regional favorites such as Turkish delights (recipe), baklava, and spoon sweets – fruits like apples cooked in syrup until tender and saturated with sticky goodness [Recipe]. A more unique dessert is Souzouko – a long string of almonds dipped repeatedly in thickened grape juice and hung to harden. This “wand” of sweet goodness takes days to make but is available for purchase almost anywhere on the island, especially around festivals and fairs.