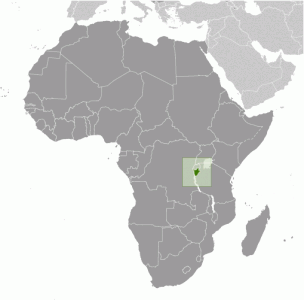 Nestled up to the largest lake in the world, Lake Tanganyika, is the tiny country of Burundi. There, amidst the rolling hills and the lush tropics, live a people surviving on a simple bounty of beans, bananas, plantains, maize (corn), cassava, sweet potato, and peas.

Peek under the lid of any Burundian pot, and you’ll likely find red kidney beans. Cooked simply with a little red palm oil, onion, and spicy chili powder, the nutrient rich bean becomes a delight.  To avoid monotony, many Burundi mix things up by stirring in slices of sweet plantain (recipe). This completely stunning comfort food is both rich and savory.

The banana and the plantain can be found everywhere, piled high on the back of bicycles, old truck beds, and in baskets on top of women’s heads. These sweet treats are served plain, fried (recipe), and in home-brewed banana beer called Urwarwa.  In fact, there’s little in the way of cooked dessert served in Burundi. Instead, the people enjoy a ripe banana or juicy pineapple slices. 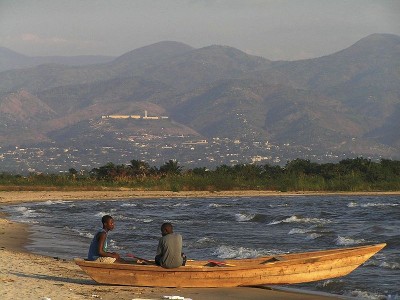 Fish, drawn daily from the crystal lakes, is a staple for those who can afford it. The two most popular varieties from Tanganyika are called Ndagala (a tiny fish eaten whole) or mukéké (larger mackerel type fish). The fish are either grilled, steamed over a fresh tomato and onion sauce (recipe), or fried. Sometimes they are served with white rice and a side of spicy beans, other times they are served with French fries (a standby from Belgian occupation) or a traditional stiff porridge.

Meat is rare, and said to be enjoyed more as one ages, probably due to the financial limitations of youth. Goat is the most available meat, although chicken and beef can be found as well.

Seasonings add variety including red chili powder, cumin, and turmeric. Piri Piri (also Pili Pili), an African hot sauce, is served with most meals (recipe). The spicy, tart sauce is made with fresh citrus juice (either lemon or lime), garlic, chili peppers, and salt. Additional seasonings and herbs, such as parsley, can be added depending on the cook’s preferences.

Although most of the people in Burundi get by with a limited selection of foods, the diet remains bold and flavorful. 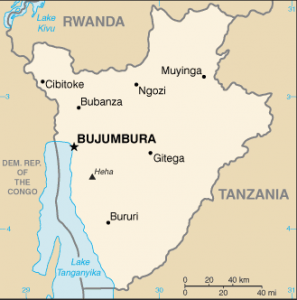