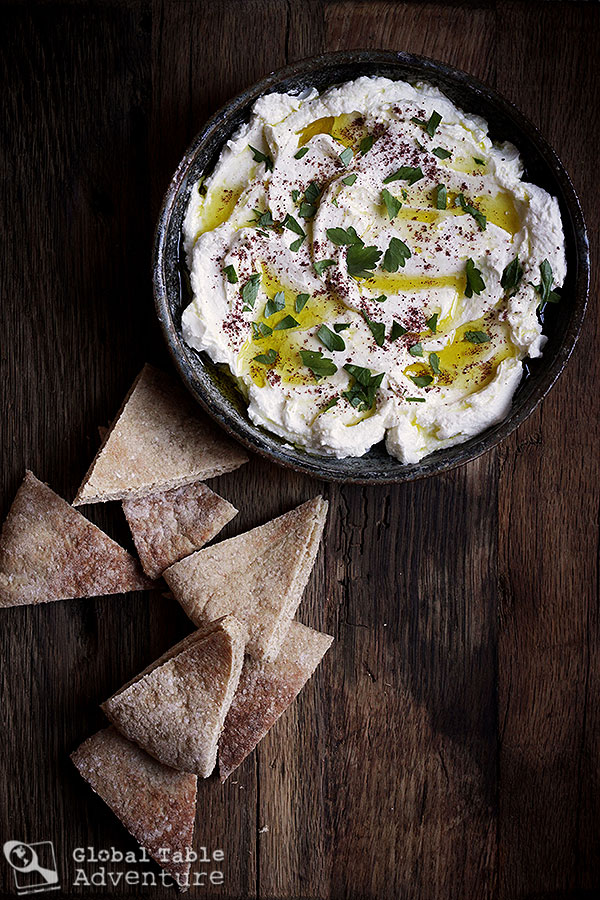 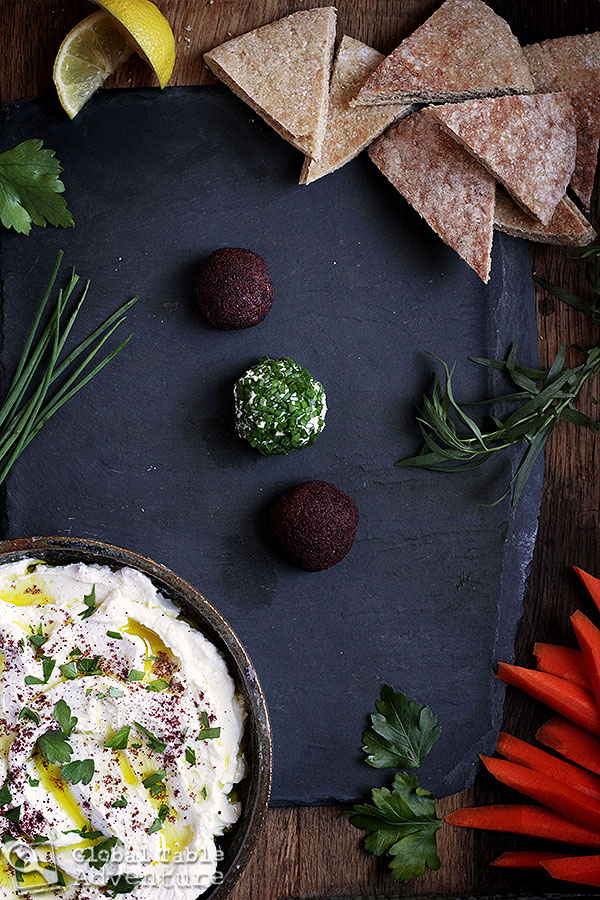 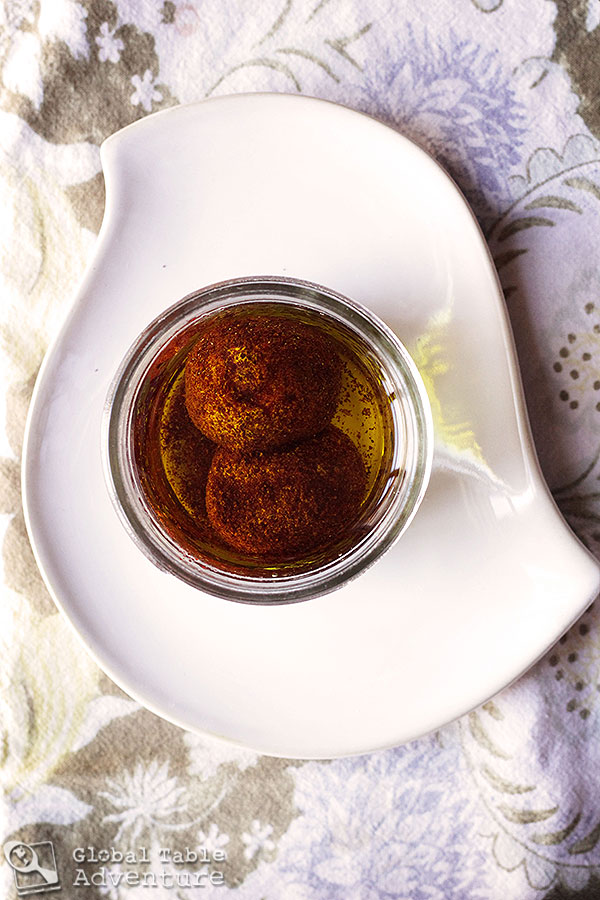 For much of December I found myself being entertained rather than entertaining. It was a nice, relaxing way to spend two weeks but I find myself – even now that we’re well into the New Year – looking for a way to make someone else feel special and cared for.  After some recipe rummaging, I had my answer: Labneh.

Soup might comfort, jelly might wibble-wobble, but Labneh delights. This Middle Eastern thickened yogurt appetizer seems oh so fancy but is really a set-it-and-forget-it kind of affair – exactly what I need to pay it forward during a busy time of year. It’s mild and tangy – but if you use full fat yogurt, very creamy and indulgent in a… healthy way (it’s made with yogurt, after all).

Does your mind ever wander when you cook? Mine does. 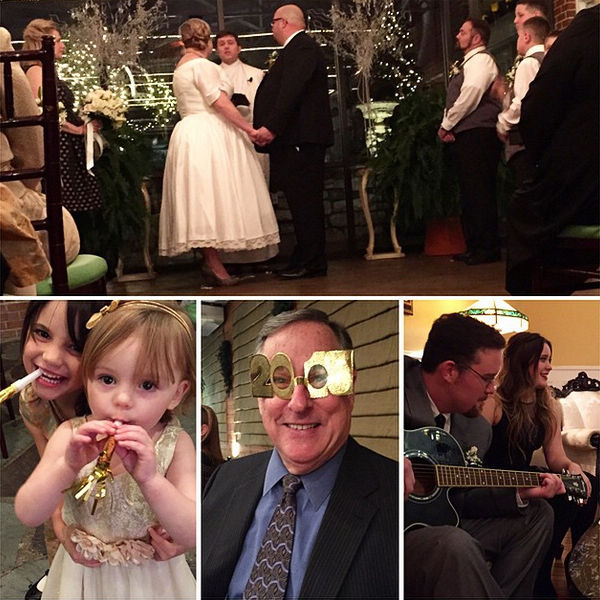 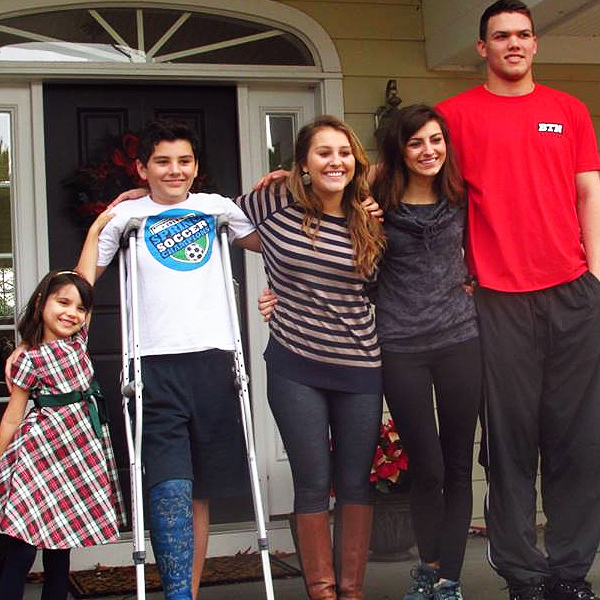 Now… if I could just travel back to where they are and share this labneh with our whole family!

Vacation went by way too fast (doesn’t it always?).

1. Set a shallow bowl of labneh out and serve with flatbread and vegetable sticks.

2. Cover your palms with olive oil and roll the labneh into balls. The oil will help prevent sticking. Store in olive oil. And/or finish them off by rolling in chopped herbs, za’atar or ground sumac. Spread on toast or flatbread.

Yogurt strained through muslin is a traditional food in the Levant, Eastern Mediterranean, Near East, Central Asia and the Indian Subcontinent, where it is often used in cooking (as it is high enough in fat content to avoid curdling at higher temperatures). (Wikipedia)

Just be sure to set some yogurt to strain a day or two before you need it (things will go quicker if you start with Greek yogurt, as I have done).

Toppings (use as desired):

We’re going to the Middle East.

There may be camels. 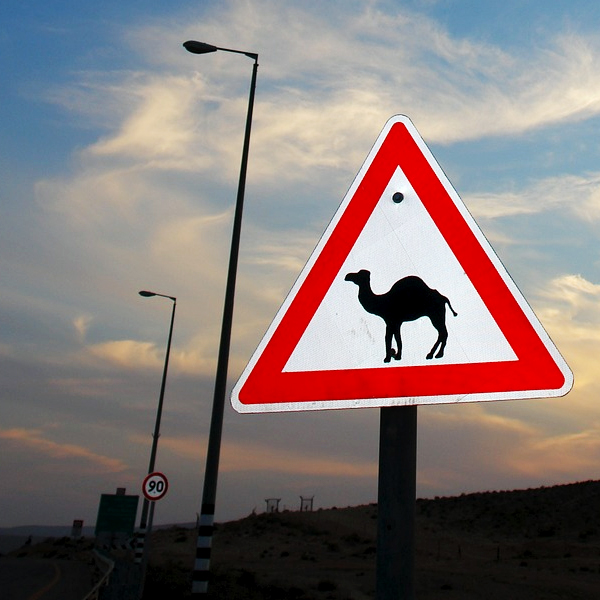 Set a strainer over a bowl and line with cheesecloth. Spoon in the yogurt and let drain 1-2 days, depending on desired thickness. 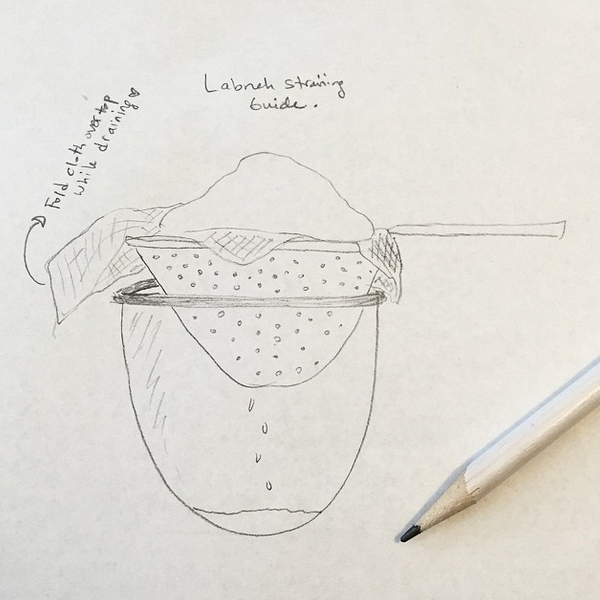 Meanwhile, take a stroll through the countryside. 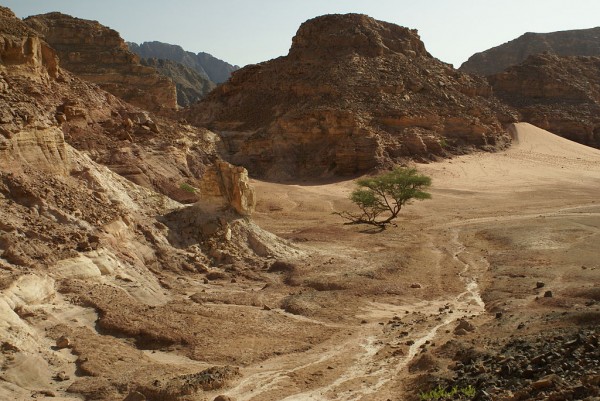 Looking down into a wadi on the Sinai Peninsula, Egypt. Photo by Florian Prischl.

Stir thickened yogurt together with salt and lemon juice to taste. 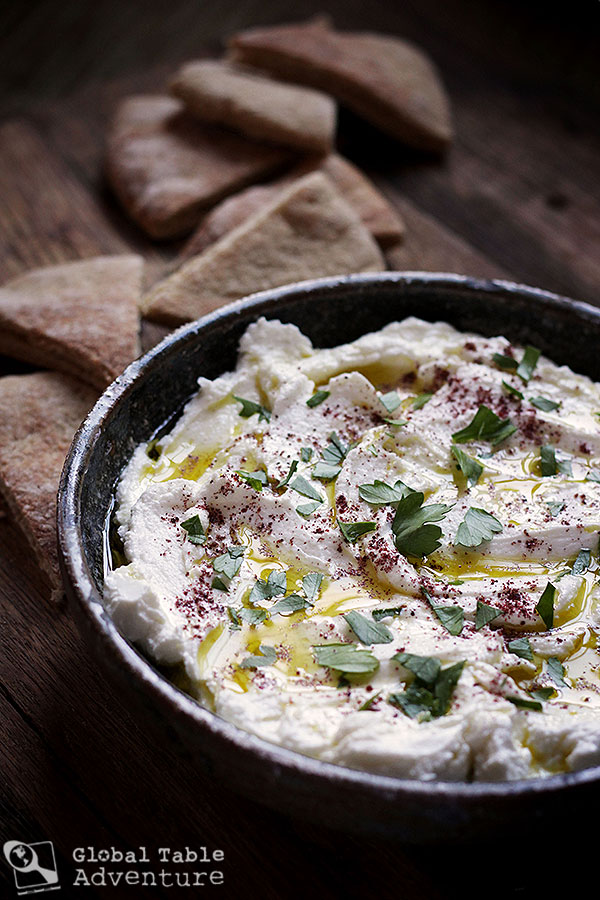 a) Spoon into shallow bowl and top with fresh herbs.

b) Roll into balls with oiled hands. Store in olive oil or roll balls in fresh herbs, sumac, or za’atar. Keep refrigerated.

TIP: If you place the herbs in a small cup or bowl, you can just shake them around. They’ll get coated and become rounder in the process. 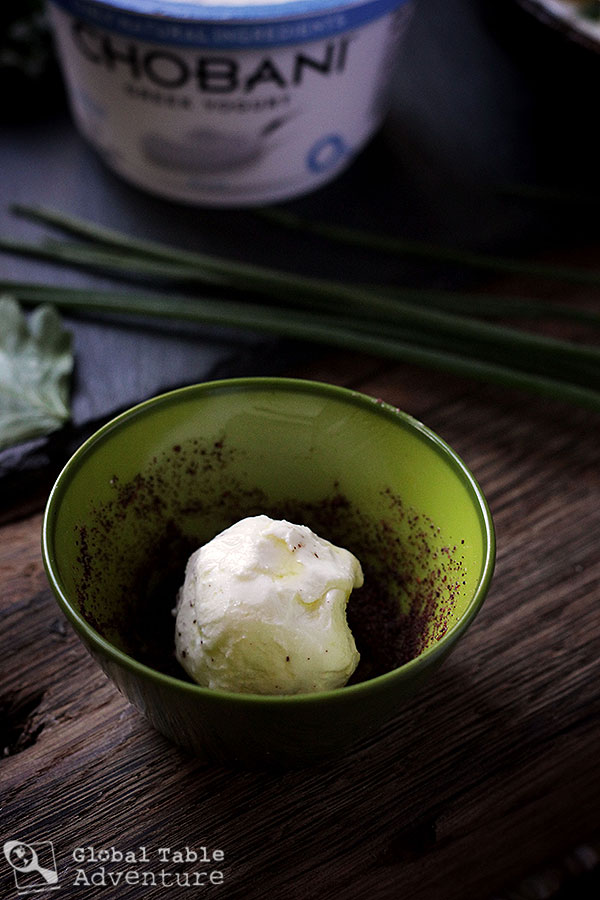 Labneh
It's mild and tangy - but if you use full fat yogurt, very creamy and indulgent.
Ingredients
Yogurt ingredients
Toppings (as desired)
For rolling
Servings: cups
Units:
Instructions
To serve
Recipe Notes

If you place the herbs in a small cup or bowl, you can just shake them around. They'll get coated and become rounder in the process.