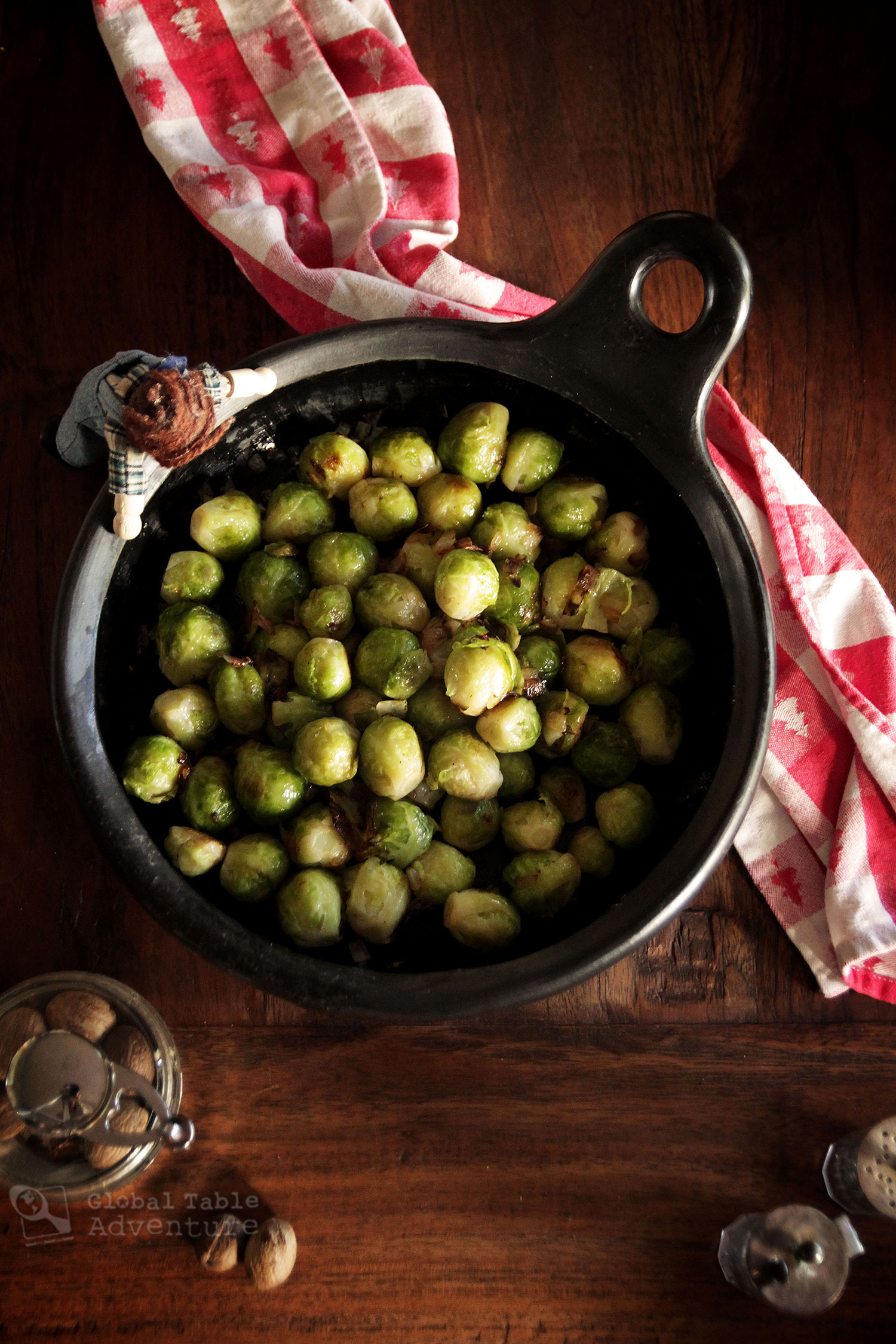 The Holy Grail of Brussels sprouts is a perfectly sauteed specimen. Done poorly, they are stinky, squishy, and muddy in color. Generally, I don’t even bother – preferring instead to roast Brussels sprouts with a bit of olive oil and herbs.

Long ago I vowed never to disgrace my sprouts by cooking them any other way.

But this time of year there’s not much room in the oven for roasted veggies – hefty turkeys, geese, and hams elbow out all semblances of health food. Little choice remains for Brussels sprout fanatics but to relegate our baby cabbages to the stove top.

I began my search for the perfect sauteed Brussels sprout in the logical place – Belgium, whose capital city is the Brussels sprout’s namesake. While several countries enjoy Brussels sprouts (including Italy and the United Kingdom), I figured Belgium would have the largest assortment of recipes to choose from. 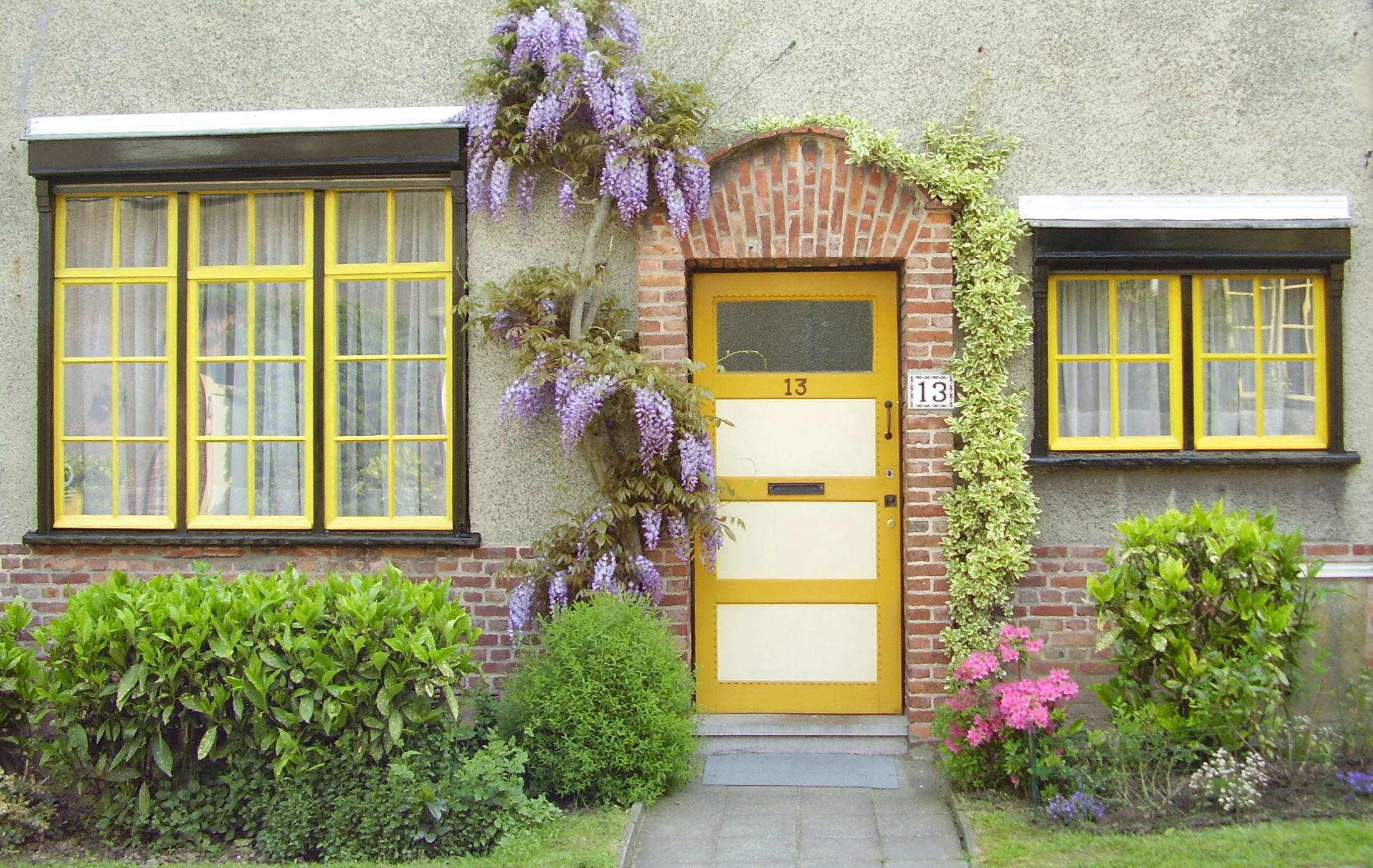 For starters, of the five Flemish restaurants I looked up in Brussels, none of them had Brussels sprouts on the menu (Was this perhaps a stubborn desire to defy expectations, I wonder?). Next, I reached out to a few contacts who’d lived in Belgium. Turns out, the traditional Flemish recipe varies little. For the most part, Belgians parcook their sprouts in either steam or boiling water, then finish them off by sauteing them in butter. A shallot or onion sweetens the mix, while a really creative recipe will add some cream or lemon juice. Nearly all recipes include a pinch of nutmeg.

Simplicity is a true test of a cook.

Any recipe with just a few ingredients has little margin for error. This recipe has fewer than five ingredients. No squeezed, slathered, or dusted ingredient is included to mask any overcooked specimens.

You might as well hope for a magical, bike-riding elf. 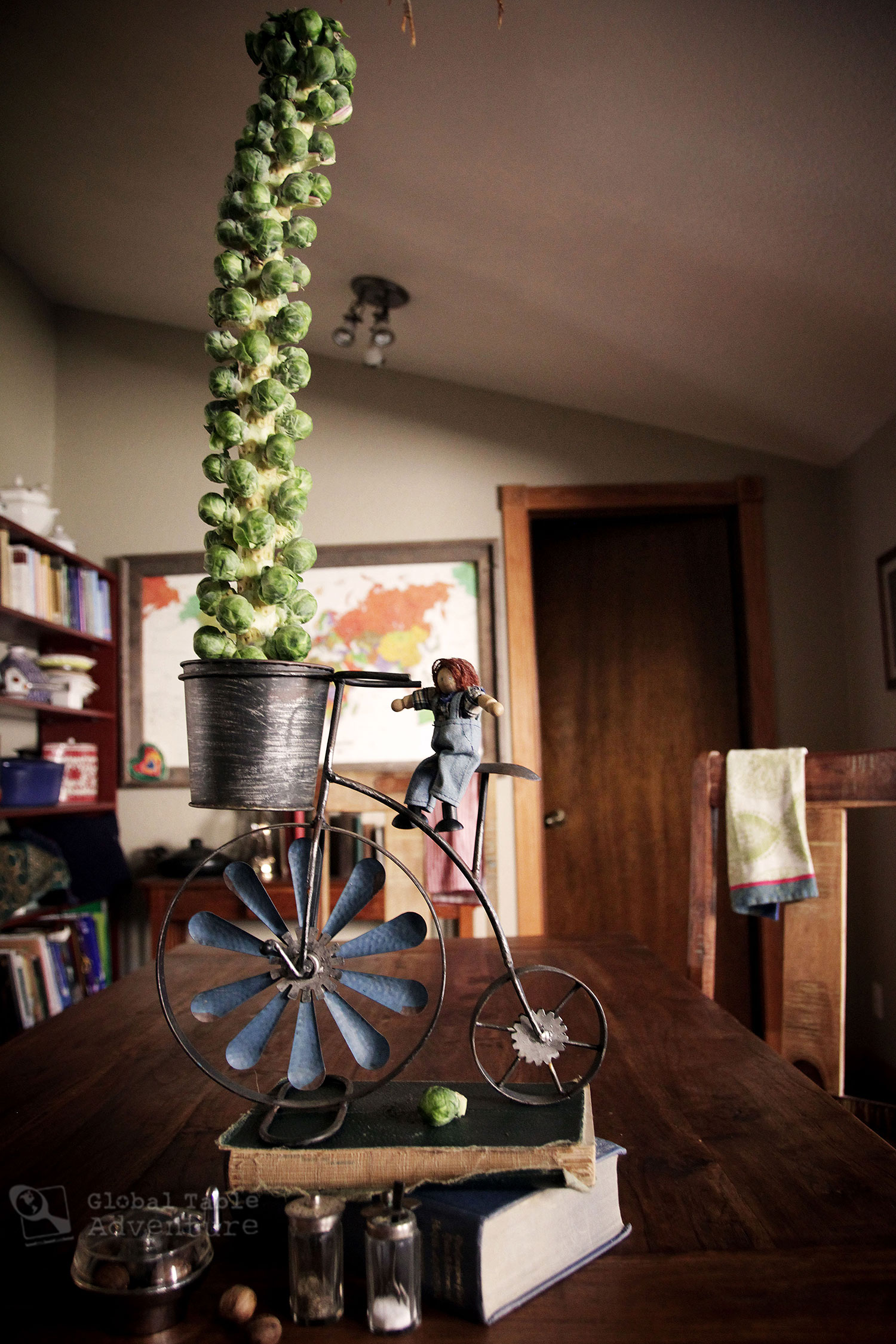 I decided to bring my first attempt to a friend’s house for Game Night. Not only was I unsure how many friends actually liked the little cabbages, I had no idea if this new-to-me recipe was going to “work.”

Plus I spent an inordinate amount of time posing a doll and bicycle with a stalk of Brussels sprouts, which made everything a little more rushed in the end. 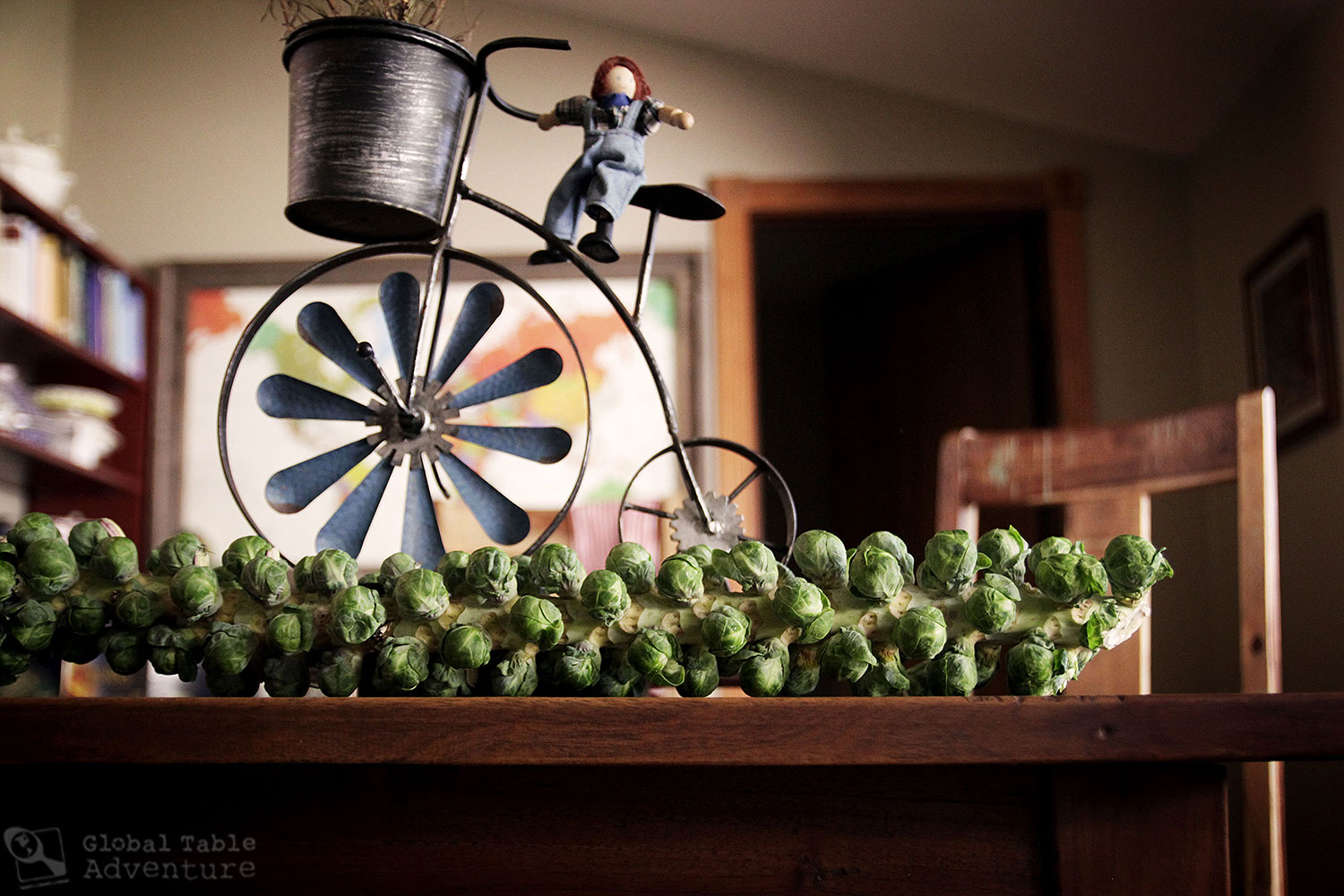 The actual cooking process was painless and quick. In a mere 15 minutes I was ready to go, casserole in hand. My biggest fear? That when I took the lid off to reveal a puff of warm, fragrant steam, everyone was going to sniff, grimace, and take ten steps back.

Instead of running for the door, our friends ate the buttery Brussels sprouts with gusto. Not one green leaf was left at the end of the night.

Even more pleasing, I managed to make a believer of… myself.

There was a lusciousness to the sauteed sprouts that cannot be replicated in the oven. Where the latter is bold and nutty, properly sauteed sprouts are buttery, each nibble silken and sweet. 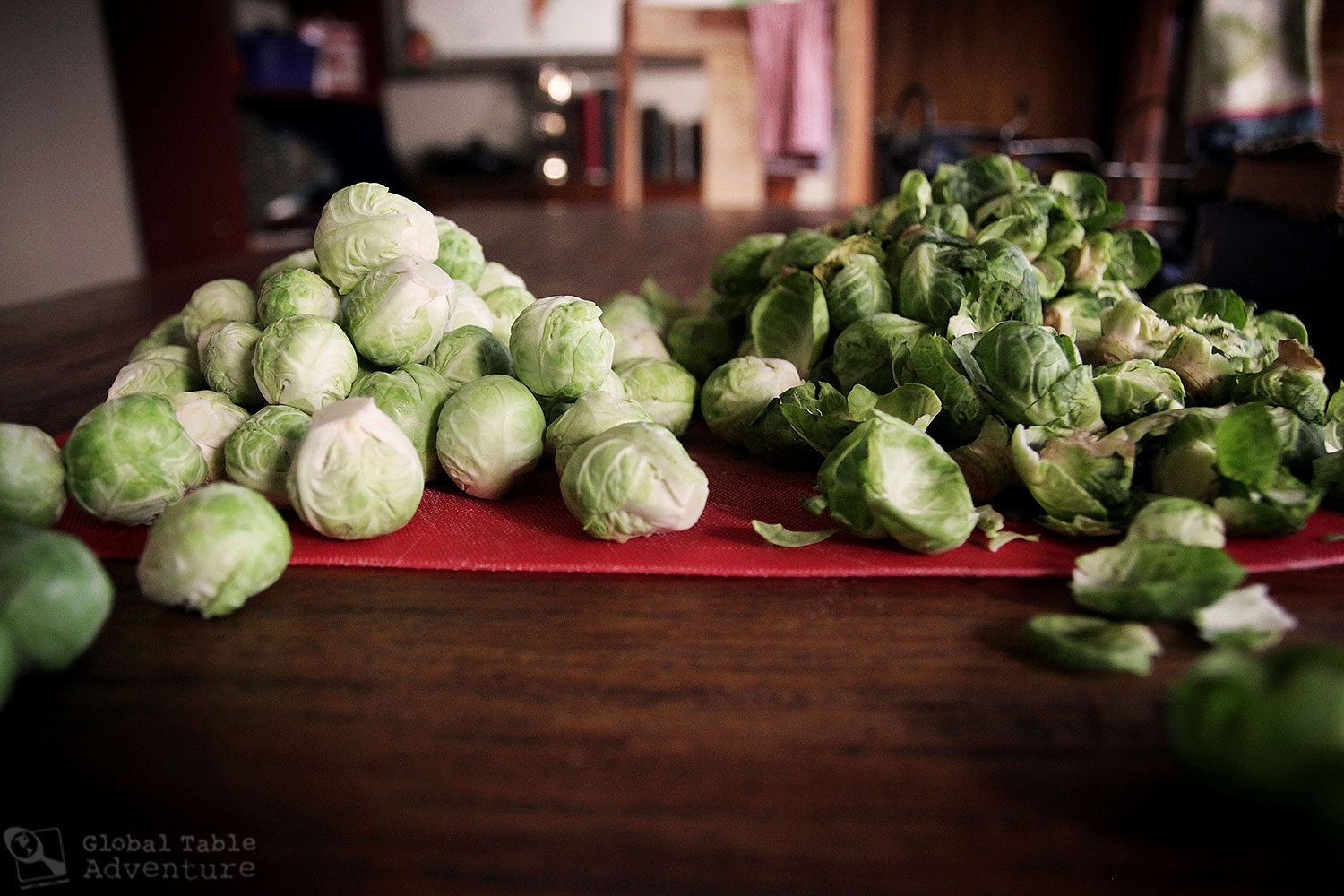 Confused? Check out this map.

Turns out Brussels looks a lot like a Brussels sprout. 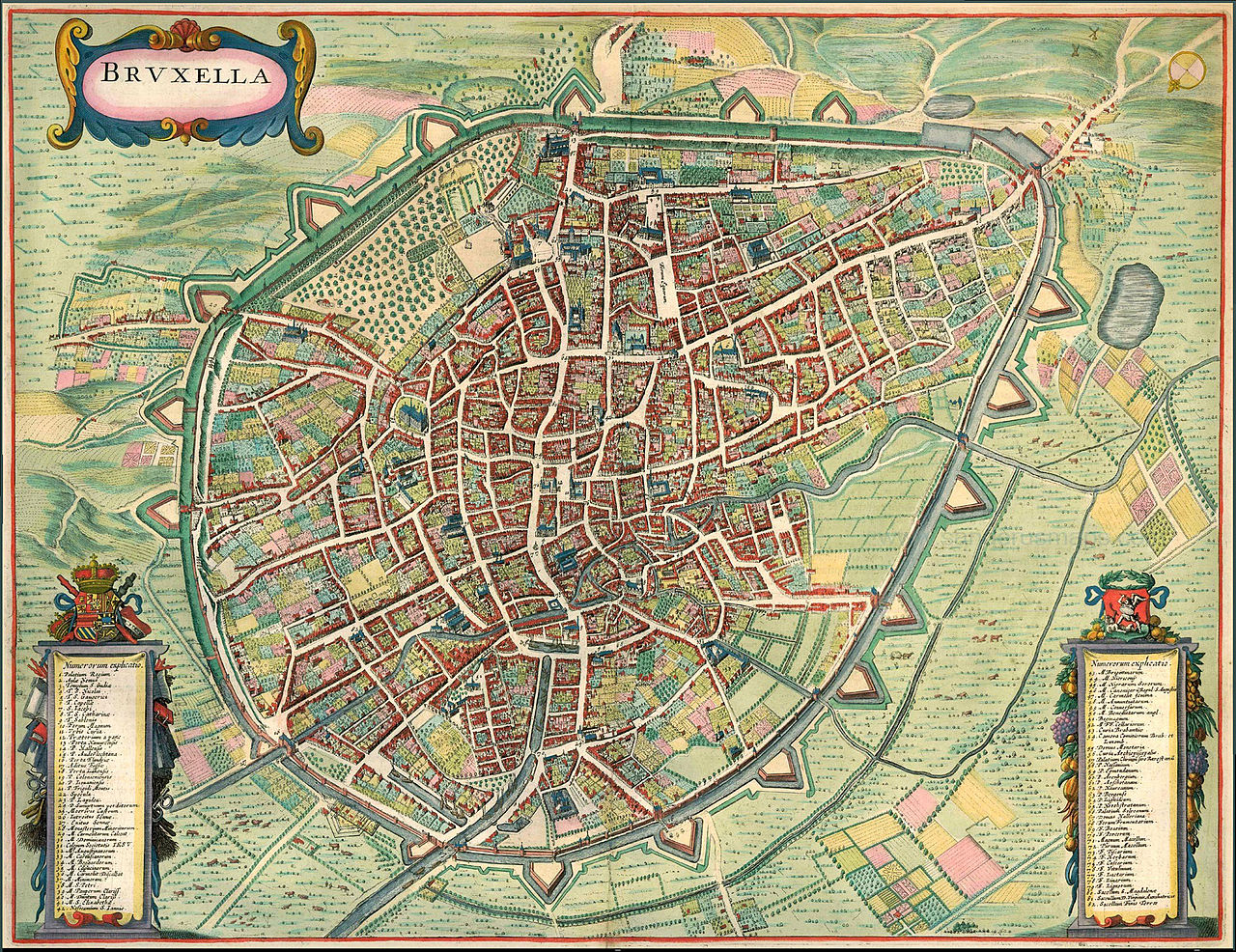 Map of Brussels from 1657, by Johannes Janssonius, Johannes 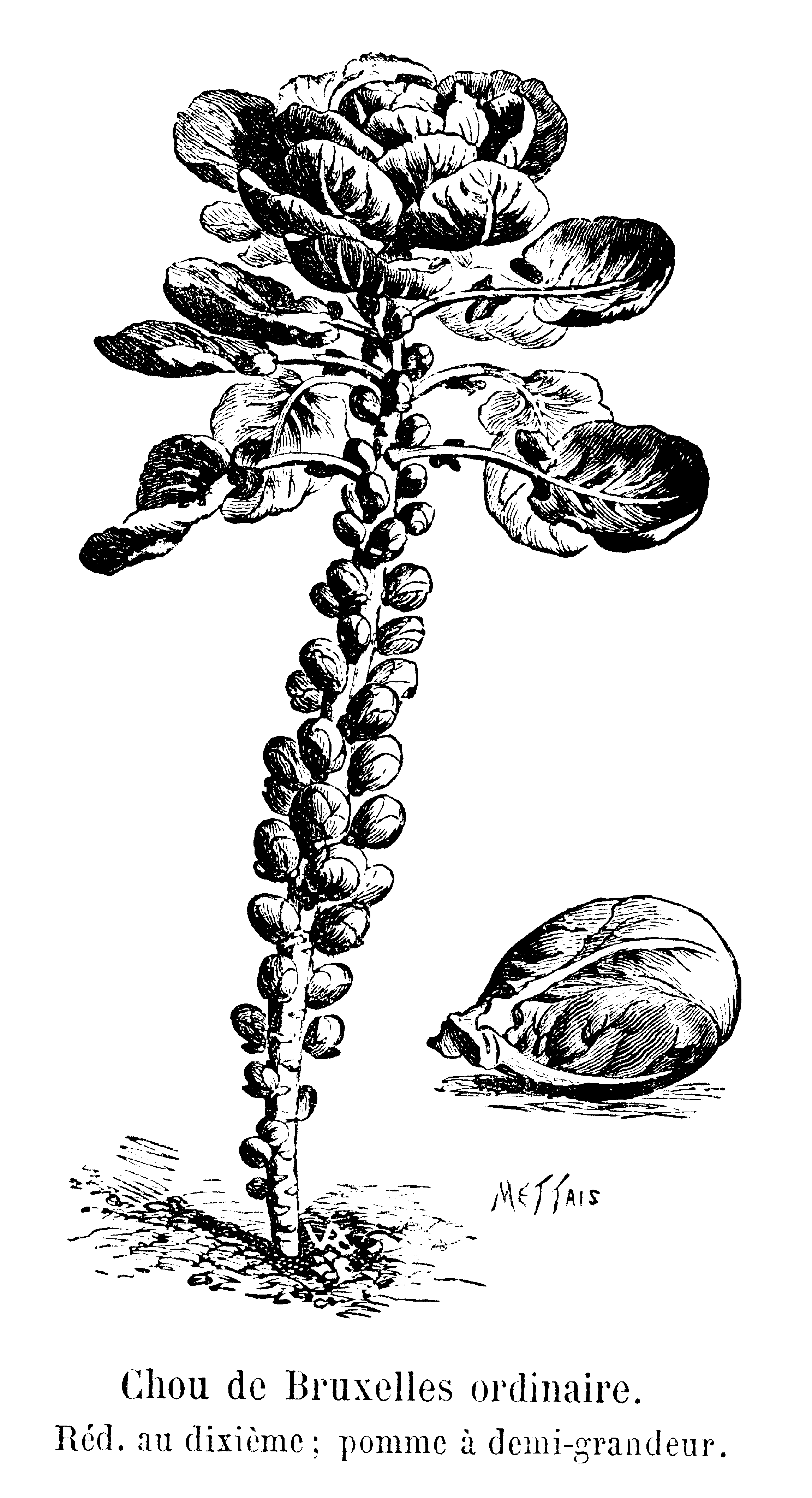 Only of the most delicious kind… 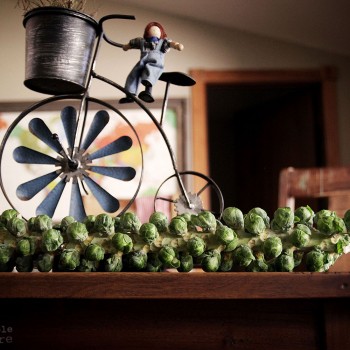