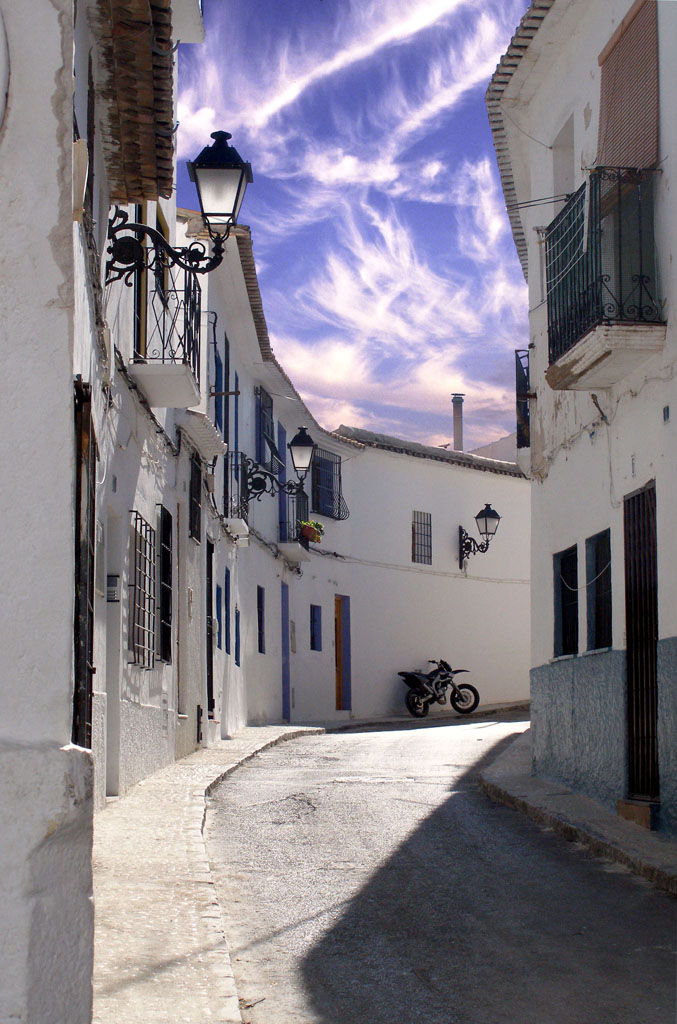 Here we are. Spain. No pressure.

When I started this lil’ ol’ Global Table Adventure, I honestly wasn’t sure we’d make it this far. That was more than three years ago. I had a six month-old cooing in my arms. And cooking 162 countries (let alone 195 – now 196 with the addition of South Sudan) seemed all but a fairy tale.

But I plugged on.

One dish per week.

And so, here we are. We made it to the 163rd country! Spain. A rocky land, with a giant dry plateau called Meseta, and scrubby plains. 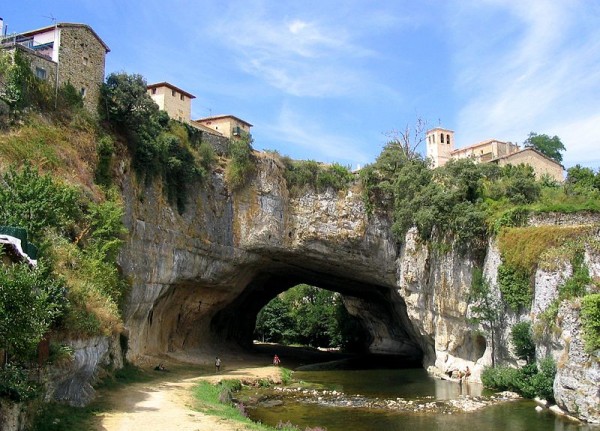 Life is quite different from when we started all those years ago. Now, I have a three and a half year old who only rushes into my arms for brief, sweet respite. The rest of the time, she’s in this world, fully and completely.

So, it’s not much of a stretch to imagine her in Spain.

I can see her loving it as much as I did. 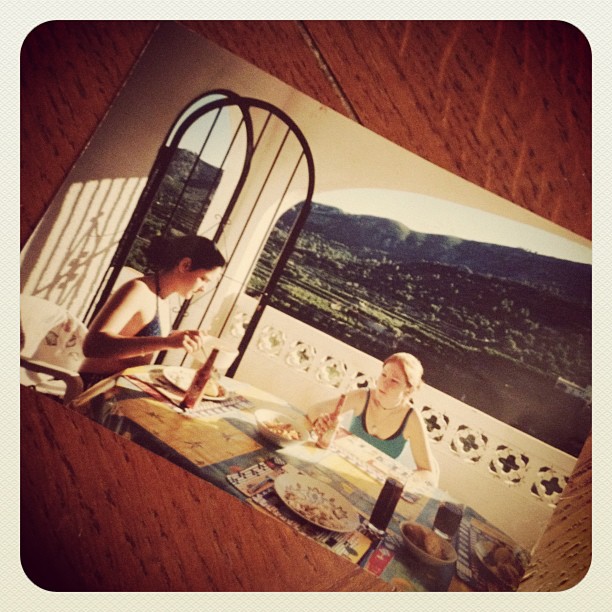 I was there in December of 1998. I swam in my friend Marianne’s pool on Christmas Day. It was 79F. Chilly, but not too cold for a 15 second, full body cannonball.

While I was there, I also got sick (possibly related to swimming in cold water?), and I remember a local buying me a glass of lemon/honey/whiskey to help kill the germs. I was not feeling up to drinking it, so I thanked him profusely and, when he wasn’t looking, I poured sips out into a full ashtray (there was no potted plant nearby).

I didn’t want to offend.

I don’t remember much else, except the orange and grapefruit groves seemed to go on for eternity in the valley behind the villa. Marianne and I buzzed through them for hours, with no particular purpose and happy as can be.

The food of Spain is quite the fiesta (a.k.a. festival). It’s intensely spiced (much like the Moorish foods of North Africa…)

Fun Fact: Did you know Spain is only 8 miles from the northern coast of Africa?

The food also boasts a tremendous assortment of fruits and vegetables, many of which were brought over from the new world during colonial days. 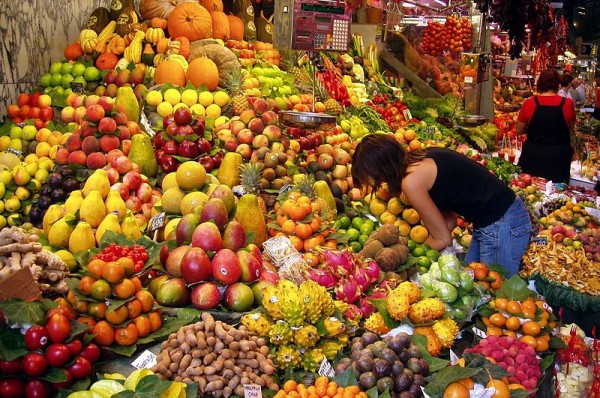 Fruit stall in a market in Barcelona, Spain. Photo by Daderot.

Perhaps Spain’s most well-known dish is paella, a saffron-infused rice dish [Recipe]. It can be made simply, with just shrimp, or with a handful of proteins, like chorizo sausage, chicken, lobster, prawn, scallop, and more. Vegetables get tossed in the mix, too – like green beans, peas, or even asparagus.

You’ll need a siesta after chowing down on paella (this is the long afternoon nap in Spain. Shops used to close for three hours mid-afternoon to accommodate it… though I read this practice is falling away). 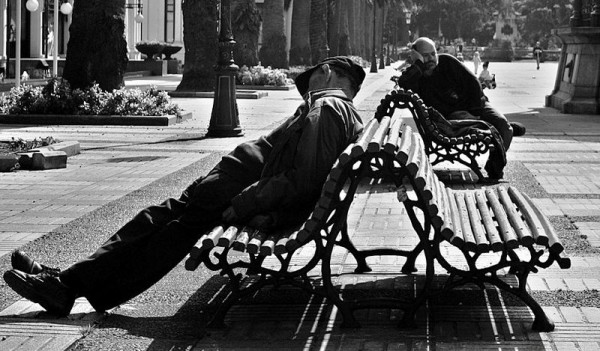 A couple of guys sleeping near the Kiosko Alfonso in A Coruña (Galicia, Spain). Photo by Julio Rojas.

Potatoes are another favorite carb, and make their way into Spanish tortilla (think potato-loaded frittata) or even patatas bravas (cooked in a chili pepper sauce). Tortilla is a kind of tapas, or “small dishes” which make for animated and fun dinners (the style of many small plates reminds me a lot of north African cooking, and even on into western Asia (think Mongolia)… though they tend to have one giant dish in the center of all the fun. 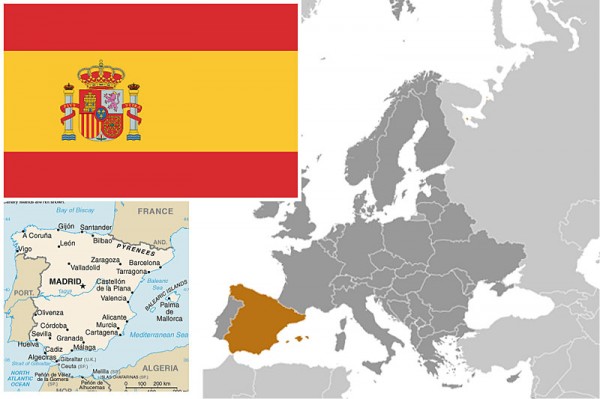 Thinking on all the recipes I saw, I noticed two spices  pop up time and time again. I’m not sure Spanish food would be the same without smoked paprika or saffron. Both infuse the most tantalizing, earthy flavors into everything from rice to soups and stews (a.k.a. cazuela, escudela, olla, or even puchero).

At the end of the day, there’s possibly nothing quite so expected as a glass of Sangria [Recipe]… and perhaps a creamy bit flan… or maybe some churros [Recipe].

Or, maybe, just maybe… you’ll want to end the day with a human tower? 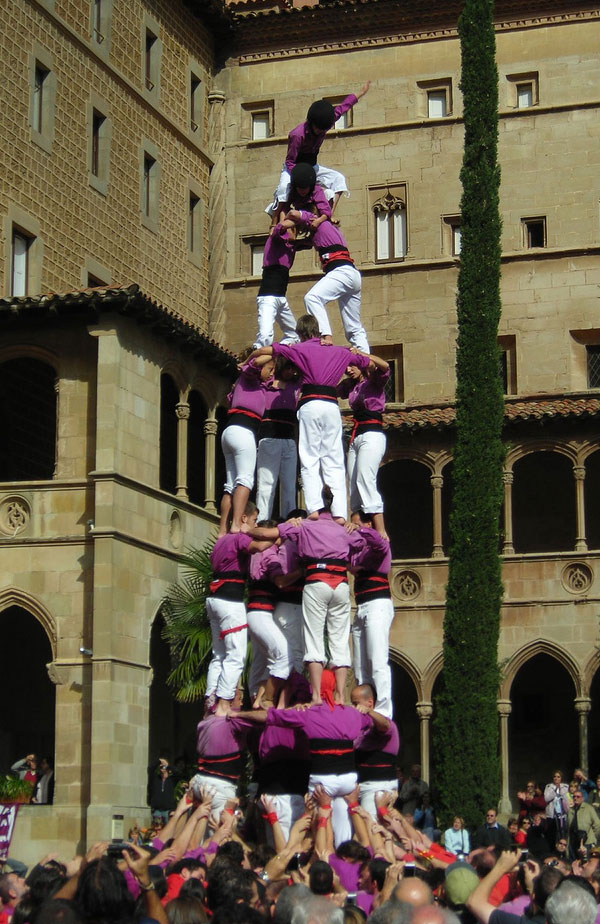 Castellers in Spain. Photo by alfonsomll.

Ok, ok, ok… I can see that’s a little intimidating. Perhaps the single one would be more appealing? 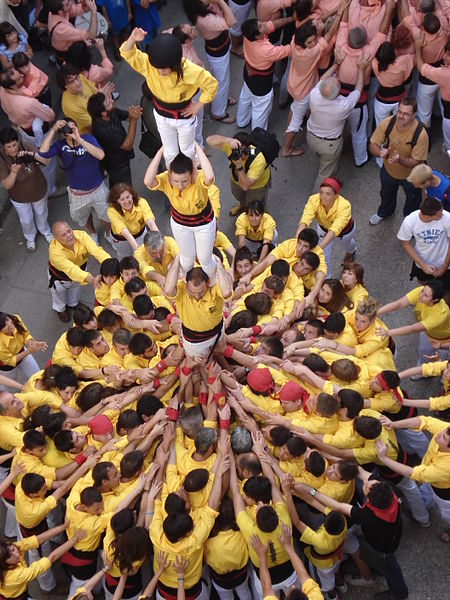 Castellers of Solsona. Photo by Solde.

P.S. What’s your favorite Spanish food? Have you ever been there? I’d love to hear your experiences!