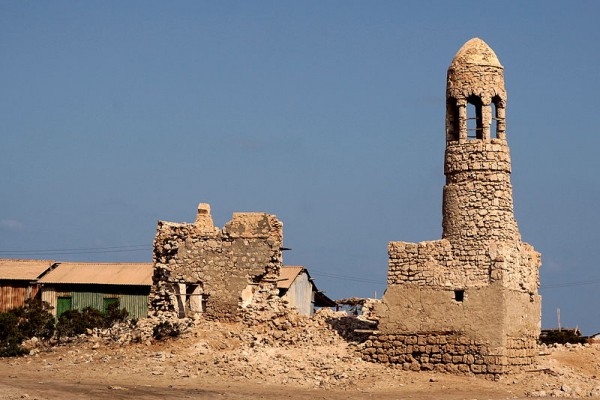 Photo of the ancient mosque of Zeila in Somali. Photo by Walter Callens

On the easternmost edge of Africa, next to the Indian Ocean, lies Somalia. This long, lean country is shaped rather fortuitously like the lucky number 7. Or a boomerang. 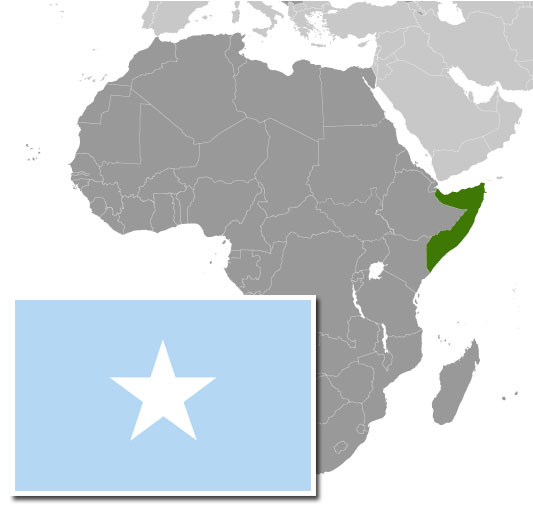 Somalian map and flag courtesy of the CIA World Factbook.

The arid land is a haven for wanderers –  rugged nomads who trace trails through the shifting sands and savannas until they can find a suitable spot to set up home for yet another night.

Date-dotted mountains line the northern reaches of Somalia, while the south is known for farming treats like corn, sugar cane, sorghum, citrus, and bananas. Thanks to her lengthy coastline, fishing is a major source of food and income. 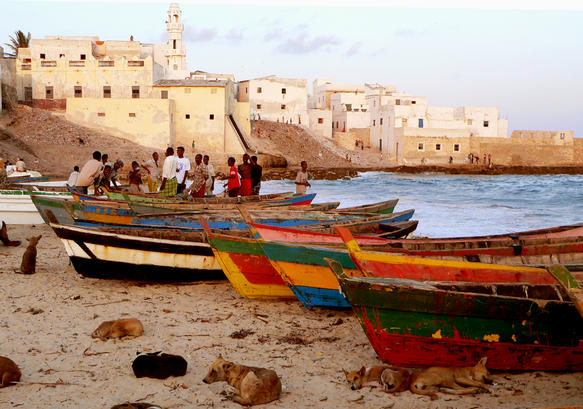 Boats on the beach in Merca, Somalia. Photo by Tahir Turk

The food reminds me both of our Ethiopian Global Table and our Djiboutian Global Table (her immediate neighbors), where spongy flat breads like lahooh start the day off right, perhaps with a drizzle of honey, or a soaking of tea, or even some egg and cheese… (see the Djiboutian recipe called laxoox).  Other breads include chapati [recipe]  and muufo (a bread baked in a clay oven). The chapati is a mainstay from the days Somalia was the center of trade between countries to the east, like India, and those to the west, in the Mediterranean.

Having been a center of trade, makes Somalia one of the original melting pots.

Speaking of the Mediterranean, there’s a decided Italian influence in Somalia. I noticed many recipes include some form of tomato sauce, rosemary, or basil. There’s even baked pastas and the much adored Somali Spaghetti, which is simply spaghetti served with spicy tomato sauce and a sprinkling of cilantro.

Not exactly what I expected to find in eastern Africa. 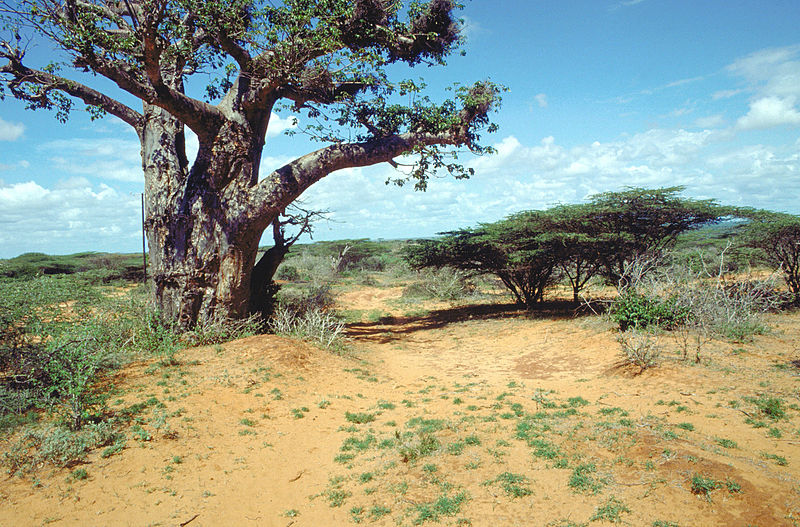 A scenic photograph of a tree near Kismayo, Somalia. Photo by SGT. G.D. ROBINSON

The tomato sauce makes its way into spiced chickpeas, corn [Recipe] and other veggies. While the food can be incredibly spicy, there’s also many mild dishes, like the ever popular suqaar, which is meat (chicken, beef, or lamb) cooked with vegetables and a sprinkling of cilantro [Recipe]. Lentils are everywhere.

Sambusa, or fried meat pies, are one of the staple and I saw a video of one Somalian woman in the united states who missed them so much, she substituted Mexican tortillas for the impossible-t0-find dough.

I have to admit, I’ve love to try the fusion food of Somalia… in one of those houses by the fishing boats.

Map of Somalia courtesy of the CIA World Factbook.