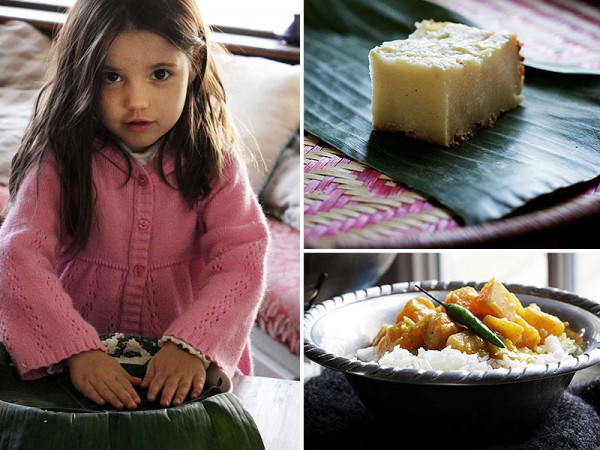 When wind, ice rain, and snow blast our home, I shut my eyes and escape to Solomon Islands for a little imagination vacation. It doesn’t become real, though, until I try the food. What I find, more than anything else, is that the traditional food relies heavily on that which can grow on the islands. This is limited to staples like coconut, papaya, taro, sweet potatoes, and cassava.

There would have been a time when 80% of these ingredients would have scared me off. Not because there’s anything wrong with them,* but because I would have no idea what to do with them. Heck. I wouldn’t have even known what they were.

But, this is our 160th country.  After this week, there’s only 36 weeks left. I’m not scared any more. I’m excited. Curious. Open.

So here’s what we made.

All recipes and meal review will be posted throughout the week.

PawPaw Curry [Recipe]
Take green papaya (a.k.a. not ripe) and cook it down with sweet onion, coconut milk, and a blast of homemade curry powder.  Oh… add a Thai bird chili if you’re feeling brave.

Cassava Pudding [Recipe]
Don’t pay any mind to the name. This isn’t pudding as your grandma made it (unless you’re from Solomon Islands!). This savory mixture is little more than grated cassava and sweet potato mixed with coconut milk. Cooked in banana leaves and enjoyed like cake.  Or bread. 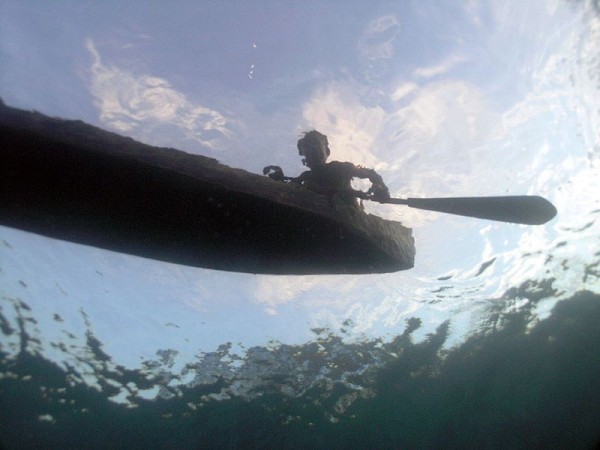 Solomon Dugout Canoe from below. Photo by mjwinoz.

*except for the occasional traces of cyanide in cassava, but, hey, who’s counting. (Don’t worry, I’ll show you how to deal with that in the recipe).