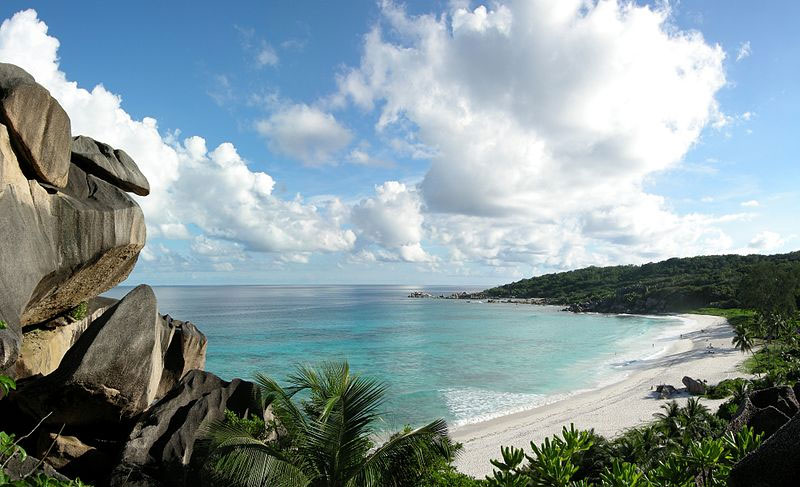 The spectacular beach of Grand Anse on the island of La Digue, Seychelles. Photo by Tobias Alt.

“Water, water, every where. But not a drop to drink.”

This week we’re stovetop traveling through the lush, greenery of 115 African islands, whose soft sands and coral beds peep out between the waves of the Indian Ocean. This is the Seychelles. In this tree carpeted and sand brushed landscape, fresh water is so scarce, it’s presence is officially designated as “negligible.” 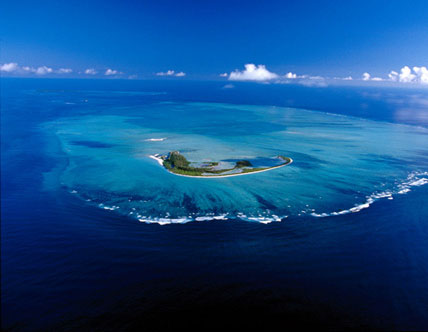 Aerial view of St. François Atoll from south, with St. François Island in the foreground. Outer Islands of the Seychelles. Photo by ACP.

Yes, these islands more than make up for the lack of water. Bottom line? Her inhabitants know their corner of the earth is special. Many of the islands remain pristine – completely uninhabited – with 50% of all land designated as national parks.

This is unprecedented. And wonderful. 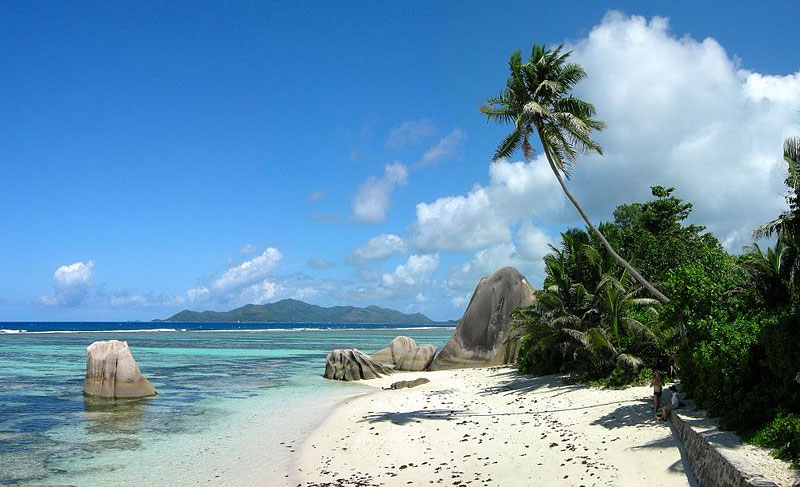 The beach of Anse Source d’Argent on the island of La Digue, Seychelles. Photo by Tobias Alt.

I should warn you. While saying “Seychelles” feels like a sing-song, lullaby, this was once the land of pirates passing by, legends and lore.

Dinner tells this story well, as much of the food reflects Indian, African, European, and even Chinese influences. A typical dinner plate will straddle many boundaries – making the Seychelles a culinary crossroad. Anything curry is extremely popular, especially when made by the ocean, with the catch of the day. Seafood is also in stews, like Bouillon de Poisson, or in a simple coconut milk and turmeric mixture.

You’ll find anything from tuna, snapper, jack, parrotfish, lobster, or even octopus.. it’s all on the menu, perhaps seasoned with massale  [Recipe] curry [Recipe].

There’s even the token shark: 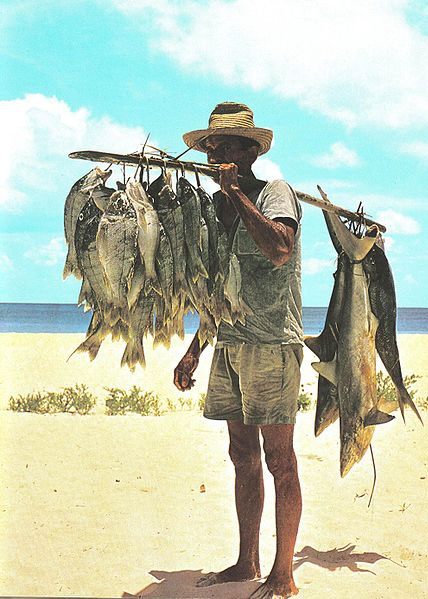 Fisherman and his catch, Seychelles. The fishes in this catch, including small sharks, were hooked on hand lines many miles off shore. Photo by Maxime Fayon (1977)

Meals are often served with chutneys and pickled vegetables, called Achar. A huge heaping of rice is standard on most plates.

Dessert is a simple affair, and includes sliced, tropical fruit (like mango, pineapple, avocado, lime, papaya, etc), or perhaps a bowl of plantains simmered in coconut milk. More elaborately, you can slice into coconut tarts topped with bananas and whipped cream [Recipe].

Wash it all down with some lemongrass tea – simply steep fresh or dried lemongrass in hot water. 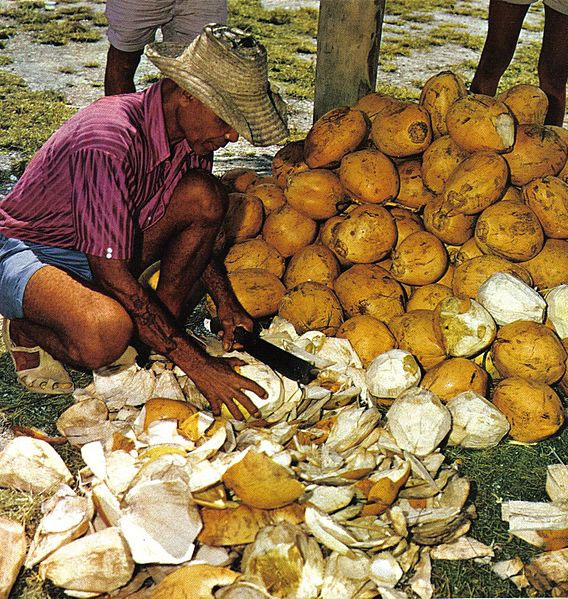 What’s the closest you’ve been to this dreamy country?

Oh, and can we all meet there for a spot of lemongrass tea? 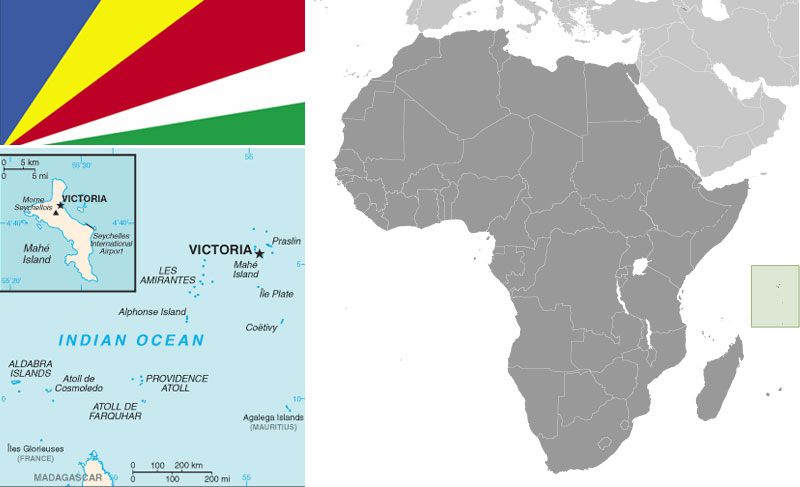