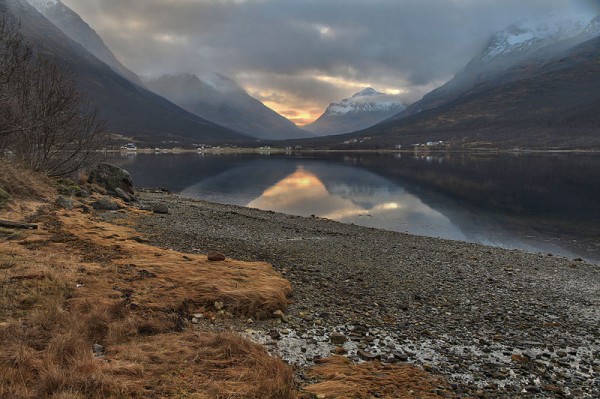 Oh Norway, land of the midnight sun. This is the place to go when the world’s drudgery stifles you… when the world just… sticks to your skin. In Norway, the sky feels a million miles away. The air is crisper, cleaner. Sparkling.

I spent a weekend in Stavanger, Norway in 1998, where I pitched our way to first place in our softball championship.

A view at the coast of Skibotn, Norway. Photo by Ximonic, Simo Räsänen.

The fjords seemed to know what I was experiencing; these bohemouth rock walls scraped up into the sky as if they wanted to stretch into the beauty themselves – to become a part of the crystalline air. 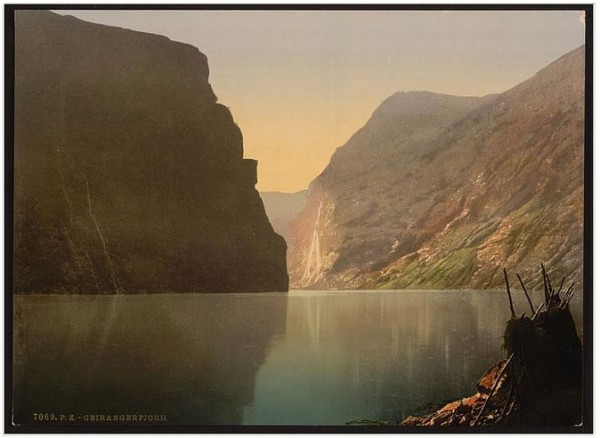 This was a high school trip so there was also the standard curious experience. Like the odd coincidence that we arrived in late spring when the whole town (or so it seemed) was tipsy. Stumbling, bumbling, tipsy. If I remember correctly, we were told this was a standard part of graduation festivities. I do believe I saw a few bare bottoms courageously rushing through the chilly spring air in search of what , I’m not sure. Something was mentioned about completing silly challenges in order to obtain little tokens that, once earned, were added to graduation caps.

The memory is fuzzy, but pleasant enough. Hopefully some Norwegians can weigh in and tell me what exactly I experienced that weekend.

Norwegian food is altogether wonderful, with a great emphasis on fish and game. The most popular fish include smoked and cured salmon (gravlaks/gravlax [Recipe]). A devoted Knight of the Global Table, Samantha, suggests the gravlax among many other treats on her blog (reindeer stew, anyone?). Her comment on the butter makes me want to hop up and catch the next flight to Norway:

It tastes like you used to imagine butter would tasted back when you were 5 years old and you pretended you were Amish and had an imaginary butter churner. 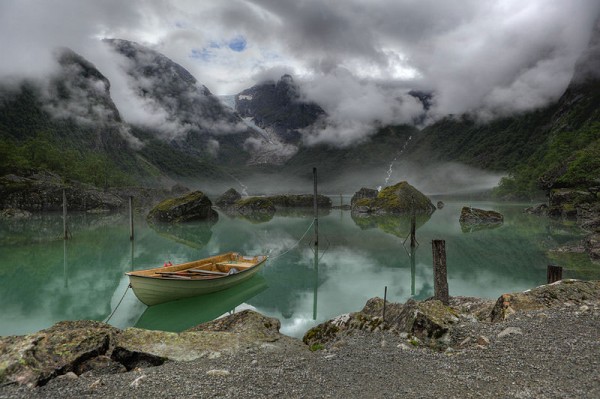 A view of Lake Bondhus in Norway, and in the background of the Bondhus Glacier, part of the Folgefonna Glacier. Photo Alchemist-hp.

Seafood doesn’t begin and end with salmon, however. Cod is a mainstay, and served any number of ways including  “tørrfisk” – dried codfish, or Lutefisk which is commonly made with cod dried and steeped in lye. Potatoes seem to be the go-to side, which is fine by me!

In summer, people also enjoy a lot of fresh shrimps, eaten cold and very simply with white bread, butter, mayonnaise and a squish of lemon. The shrimps with their shells and heads on are set on the table in a big bowl, and everyone peels their own as they load their sandwiches – it’s slow and messy eating and very sociable, since the mouths are free to talk until the hands are done with the peeling.

and let’s not forget about mutton:

Although it’s not the perfect season, fårikål (literally, “mutton-in-cabbage”) is another very traditional dish (it was voted our “national dish” in the 70s and has lots of fan clubs around the country).

While this sounds good, my interest really piqued when she brought up dessert…

A typical way to end a meal would be a simple bowl of fresh strawberries or raspberries with liquid cream and a drizzle of sugar, or red currants with a sweet vanilla sauce. It’s actually hard to find red currants in shops, but everyone seems to have a bush in their garden.

For a different sweet treat, lefse is a great classic [a soft flatbread made with potatoes, flour and cream], but it’s usually served with mid-morning or afternoon coffee, not as a dessert. If you make it, by all means eat it with a generous spread of butter and sugar – on its own it’s not very exciting.

Nice and simple, although personally I was drawn to the kransekake, or towering ring cake… an almond based dessert of epic beauty used for weddings and other celebrations popular throughout Scandinavia [Recipe].

Give me a slice of kransekake, a cup of tea, and that way-up-there Norwegian sky? I’m good to go.

Special thanks to Mette and Samantha for their bountiful Norwegian food inspiration. The menu and weekly giveaway will be up tomorrow! 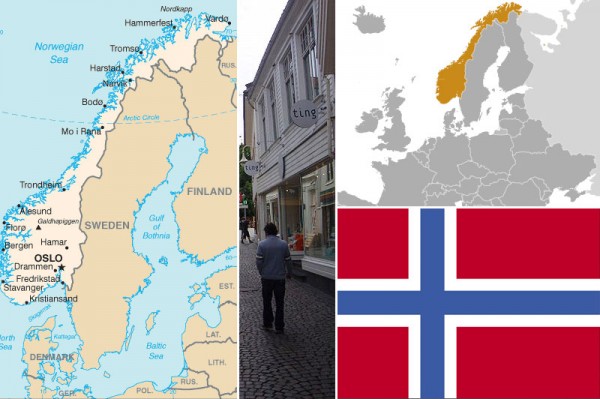