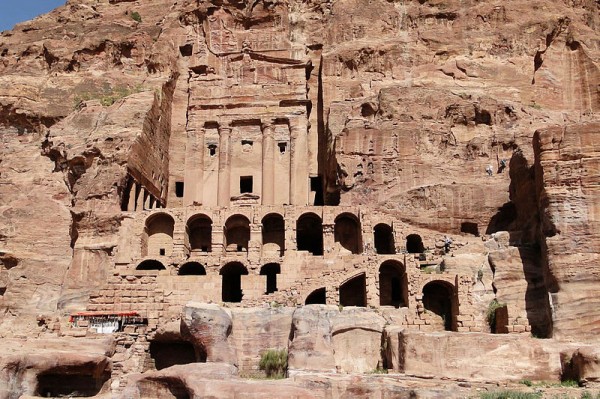 Jordan is a desert wonderland – generally hot, dry, arid – and full of some of the most fabulous landmarks around. Just ask Hollywood – they love using Jordan’s unique scenery in films. Most notably, there’s the city of Petra, carved into rose colored stone – existing only in legends for 7 centuries until it was uncovered in 1812 deep in the desert rocks. How cool is that? It’s like the lost city of Atlantis, found… the stuff of dreams. Since it’s discovery, the allure of this city built into the stone has captivated millions, particularly Indiana Jones, in his last crusade. 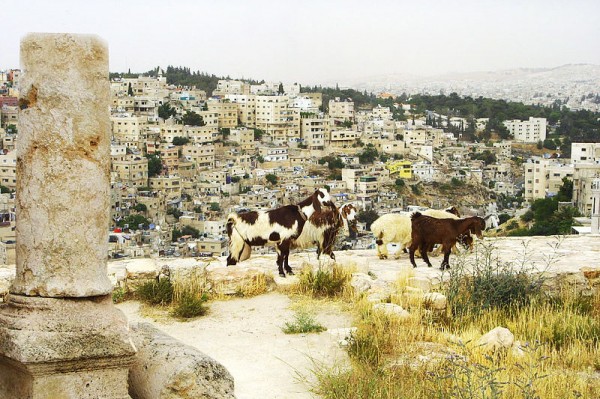 Jordan also lays claim to the lowest point in the world – the Dead Sea at (-)1378 feet. That’s pretty low. But don’t worry – you won’t sink. The salt makes the water so thick that it’ll keep you afloat. This funny characteristic of the Dead Sea reminds me of  life – even when you’re at your lowest, someone or something will keep you afloat, as long as you just throw yourself back in trust.

Today, in my Jordanian research, I saw something I never thought I’d see: yogurt as hard as a rock. Literally. These softball sized pieces of dehydrated yogurt could easily break a window. The yogurt is dried in order to preserve it for long treks across the desert, particularly among nomadic communities in Jordan. You need to hammer it apart to shatter the yogurt into small pieces which are then rehydrated. 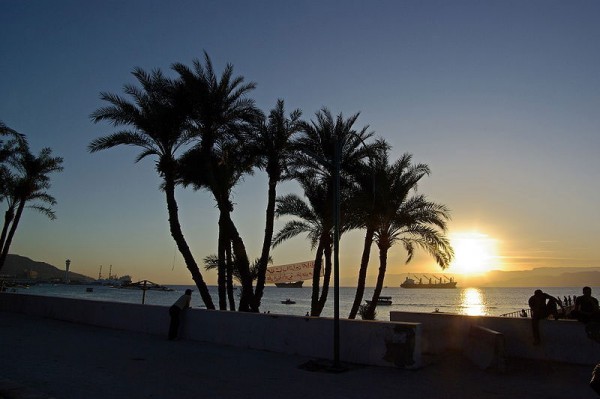 Today the dried yogurt is most commonly used in Jordan’s most traditional meal – Mansaf – a large platter of lamb or goat meat stewed in the yogurt and served atop a bed of saffron rice and flatbread.  The animal’s head is served in the center of the platter and is served to the honored guest. Extra yogurt broth is ladled over the entire platter which is then enjoyed family style, without silverware (the right hand is used to scoop it up instead).

If you’re in the mood for something lighter, you can enjoy fresh watermelon, cheese and bread [Recipe]. Other small dishes enjoyed in Jordan include hummus [recipe] and falafel – two treats that have become incredibly popular throughout the world. 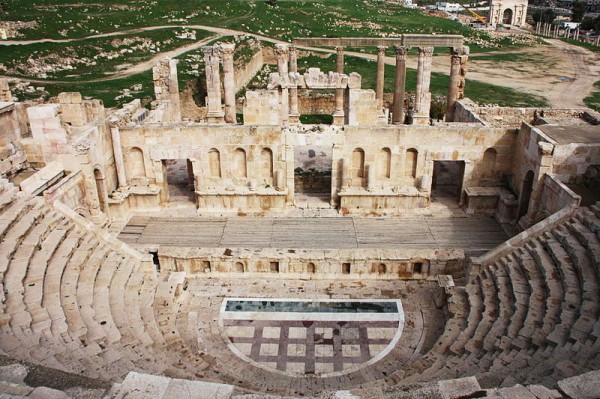 Pilafs form the basis for many healthy meals – including Mujaddara, a lentil and bulgur (or sometimes rice) dish served with deeply caramelized onion [Recipe]. The meal can be rounded out with flatbread (like pita [recipe]) and some spiced chicken  [Recipe] or kabobs.

Coffee in Jordan, as with the rest of the Middle East, is an elaborate and delicious affair. While many cups are sipped with little more than sugar, a very popular version includes plenty of freshly ground cardamom, which gives it the most delicate, floral aroma [Recipe]. 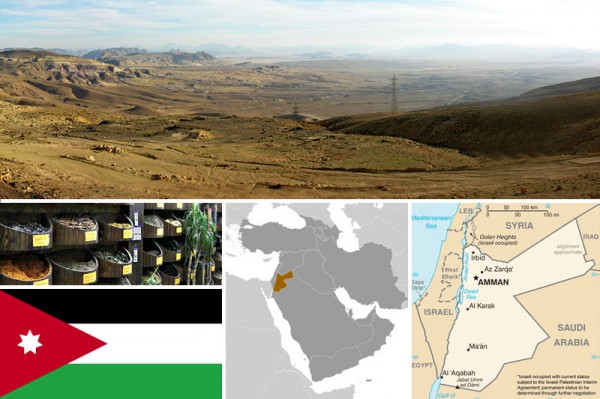 Panorama of Jordan, between Amman and Aqaba, by Hansueli Krapf. Spices shop, maps, and flag courtesy of CIA World Factbook.

So those are a few highlights of Jordanian food.

What are your favorite dishes from the region?