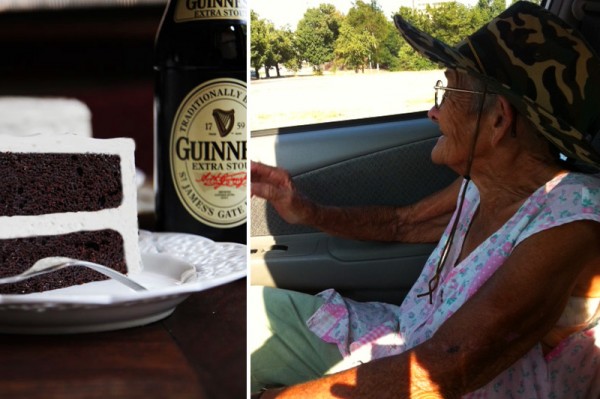 There she was, sitting on the rickety bus bench, fiddling with her cellphone. As I drove by I looked at her. She was old – ancient, really. Her head, lost under the brim of her giant camo hat, barely came up over the bench she was sitting on. Not quite four feet tall, her tiny frame was lost in a sea of plastic bags – filled with enough food to last her the week.

I’ve watched her for the last few years, the way a busy person observes the changing foliage – in regretful passing. I’ve seen the effort it takes her to do her shopping – 6 bags of groceries, 2 cases of soda…  crossing four lanes of traffic at rush hour (never at the cross walk; it’s too much of a detour), steadily carrying one bag at a time. She’d carefully place each bag down on the bench, then shuffle back to the other side of the street to get another.

As usual, I was headed somewhere when I saw her – to pick up the Guinness and Bailey’s for our Irish Global Table.

I looked at the weather gauge. 109 degrees Fahrenheit. Unbelievable. As I walked out of the liquor store, I vowed to stop and talk with her. This time would be different. This time I would slow down enough to help this wizened woman. Hopefully it wasn’t too late.

Moments later, I pulled up to the bus stop. Her leathery skin and big hat were still there, and she was still fiddling with her cell phone, as if she was looking for someone to call.

She was nodding before I could finish.

“Why yes. The bus broke down. Yes.” she responded with a beautifully slow, southern slant to her crackling voice.

I helped her into the car and we drove the 20 minutes to her home. We chatted about this and that – about her son, who has to stay home to care for his wife who has a condition which causes her to stop breathing. About the truck they don’t drive because it costs too much in gas. About politics. And, eventually, as is guaranteed to happen when temperatures soar over 100F for a month straight – talk turned to the weather.

I looked at her, so full of smiles and optimism and impossible energy despite her long, hard life, and my heart burst open with love.

As she walked away, she said “I’ll say a special prayer for you tonight.”

And, in my heart I knew she’d already done that much and more, simply by being such a bright and shining light. 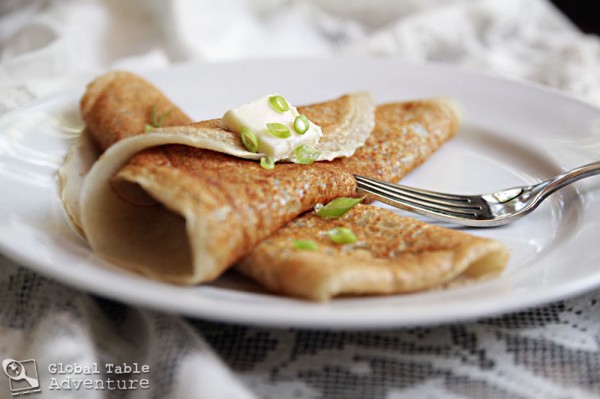 Boxty pancakes are the happy way to get potatoes onto your breakfast plate – they’re basically an Irish crêpe. I’m looking forward to trying them with all sorts of fillings; the strong potato flavor will stand up to most anything.

I had a little trouble getting the cooking time just right. On a few of them I could still taste the raw potatoes. They really do need a long, slow cook for optimum flavor. Also, this recipe made entirely too much for my family; next time I’ll try 1 lb of potatoes instead. 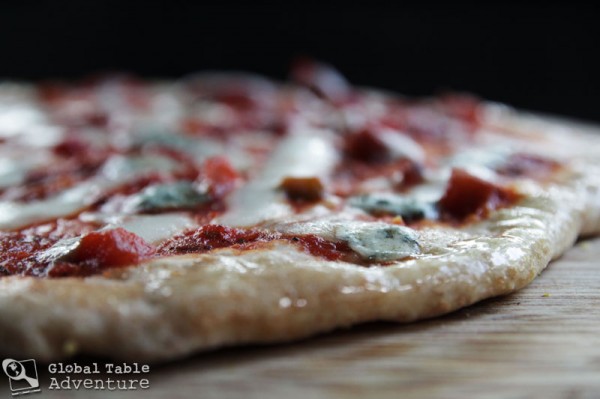 Cashel blue cheese is wonderful, and I loved it melted all over pizza. It gives a salty, tingly flavor that is oh, so addictive. Incredibly, even Mr Picky didn’t mind blue cheese like this – I suppose the cooking mellows it out.

Nothing. Ava said it was spicy, pushed it away, and proceeded to eat clove after clove of roasted garlic.  Hilarious. 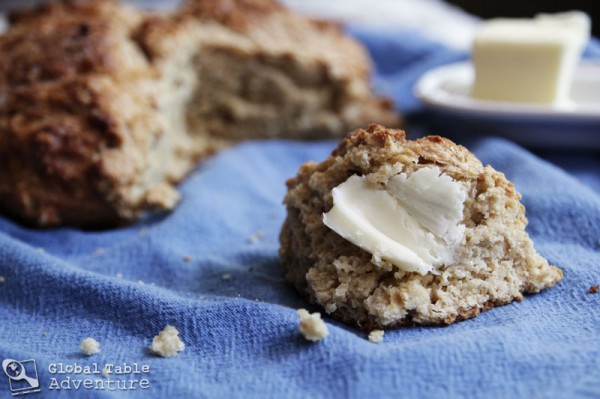 While I’ve had the raisin-filled, sweet Irish-American soda bread, I’d never had Brown Soda Bread. I liked how healthy it was, thanks to the wheat and oats. Of course, it’s best with loads of softened butter and jam.

Soda bread dries out quickly – so keep it wrapped up well. To enjoy after it cools down, slice and toast with butter. 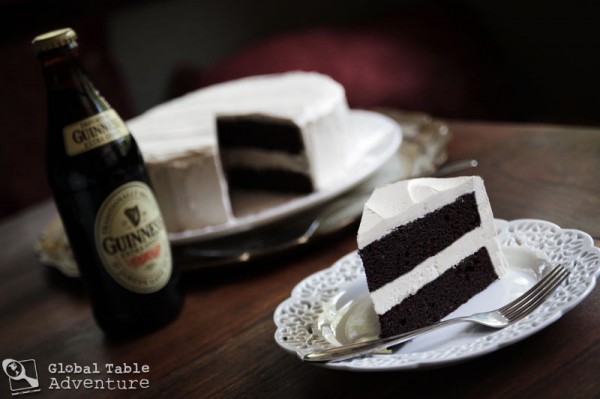 Obviously, the novelty of this fun cake turns it into a must-make treat. Both because of the simplicity of making it and the good flavor, I plan to use this as my go-to chocolate cake recipe. In fact, next time I plan to double the recipe and make a 3 layer cake, using the extra batter for the 4th layer as cupcakes. Note for those bakers in the house – you can also make this cake by with a creaming technique, for even more volume.

Bottom line: This is the kind of cake that is worth a trip to the liquor store, the cake pan store, and back again for the eggs I forgot I didn’t have.

While I could taste the Guinness at first, when it was straight out of the oven, the flavor becomes quite the backdrop after an afternoon or so – simply deepening the cake’s flavor. Which, really, is probably a good thing. Afterall, who likes a beer soaked cake, that tastes like it came off a fraternity floor? Not me!