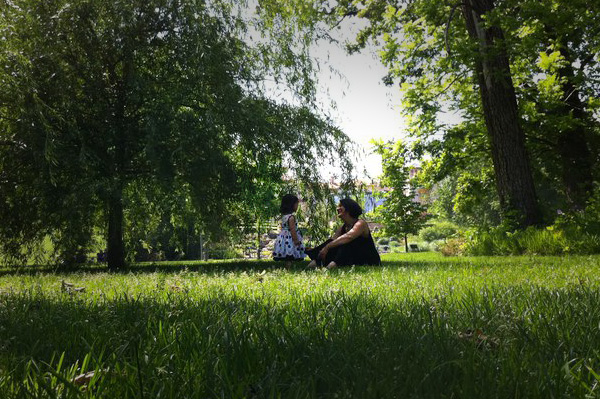 I cut into the yucca root, first trimming the ends, then cracking it down the middle. Instead of revealing creamy white flesh, the yucca was speckled and streaked with brown. Rotten.  I grabbed the peeler and stripped off the thick skin, exposing even more bruised flesh.

Why I peeled that rotten yucca, I cannot tell you, but when I was done, I dutifully cut it into thick sticks and placed them in a pretty pile. I then pushed the pile straight into the trash.

I looked over at the second and final yucca root, eying the waxy brown skin. It looked exactly the same as the first – no outer signs of distress.  No signs of rot.

As I cracked the knife away from the yucca I glanced under the cut – pure, snow white, creamy yucca. I cut the other end. Just as good. I sliced it down the middle. Perfection. Not ready to do a happy dance just yet, I boiled the yucca, waiting for it to fall apart. Waiting for the other shoe to drop. Nothing bad happened. It did beautifully. A few slices were a bit big, but I just trimmed them.

After the last of the steam billowed out of the hot yucca they were good and dry. I heated the oil until it shimmered and slid a few yucca in, watching them sizzle.

I waited. And waited. They didn’t turn color. They stayed pale.

I knew it, I murmured. ready to throw the entire batch in the trash.

Just then an inkling of golden color emerged, like first beam of light at sunrise. Gorgeous.

When the last one turned golden, I fished them out, drained them, salted them and stared. I could barely bring myself to eat one.

So far so good.

I took a bite and thought with surprise, this is not yucca. Not yucca at all. 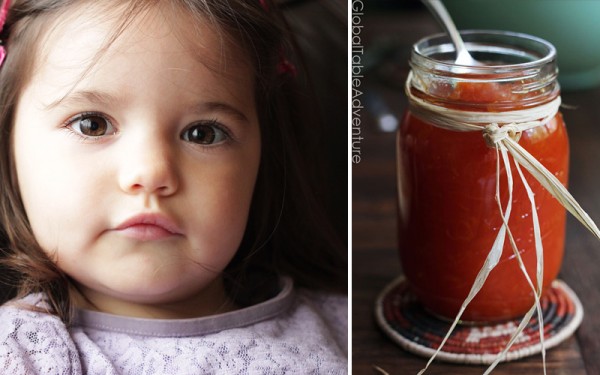 The sweet, slightly bitter flavor is totally addictive. I spooned heaps of this onto my toast with zero regret. Even Mr Picky liked it, although Miss Ava turned her nose up after one taste.

I wish the chutney would have set up more like a jam (that was my original intent). The natural pectin in the orange rind set it up a little, but I think much more would be needed to give it the texture I desired. Still, as a chutney it was perfectly delicious. 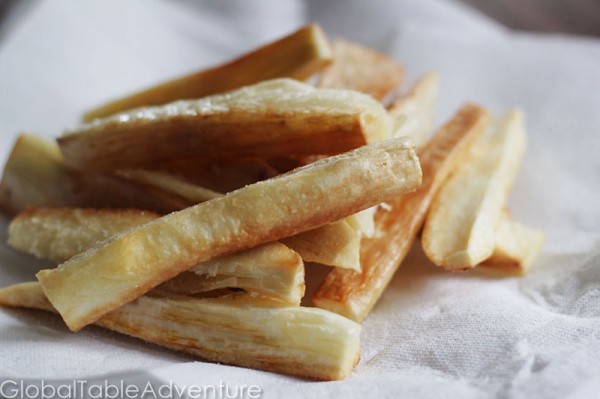 Set off the fireworks. I made something tasty with yucca. Finally.

I’m not sure if you were aware, but yucca can be pronounced one of two ways, depending on where you are from. Yuck-a or You-ka. For those of you who know my struggles with this troublesome tuber, you’ll understand when I say I pronounced in yuck-a. Well, today is the day I can call it you-ka. This is a mighty fine treat.

Just make sure the yucca isn’t rotten. Check for soft spots and even strange, molding spots. They are usually fresher at Latino markets because the turnover is high. Also, be sure that the yucca is totally dry when you go to fry it, or you’ll be at risk of some nasty oil spatters. 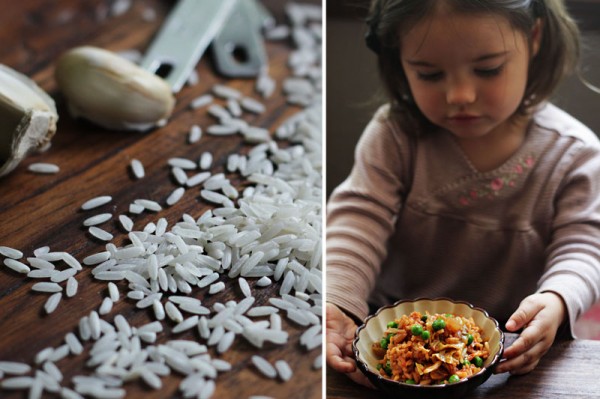 I love the combination of rice and cabbage, with the slight hint of spicy cayenne and earthy cinnamon. This was also the first time Ava’s gobbled up peas since last year. Another excuse for fireworks!

Mr Picky lived up to his name, whispering (so Ava couldn’t hear) that it tasted funny. He is still not used to savory foods with cinnamon – something so common in other parts of the world. 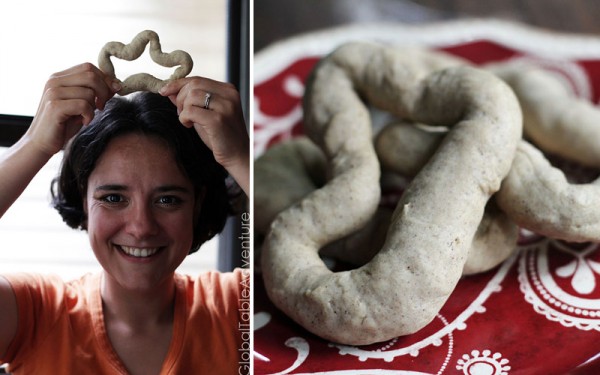 It was fun making the squiggly shapes and the dough was easy to work with. Great to dip into tea and coffee.

A little plain to be called a cookie for Mr Picky, but he ate it up when I called it cinnamon bread. Go figure.

How do I get Miss Ava (almost 2 years old now) to try food from around the world? ♥ I ask. I beg. I use silly voices. I cheer & clap when she eats. I act the fool. More importantly: She helps me in the kitchen and garden. Being a part of the process makes her curious and receptive. And, then, sometimes – when none of that works – just trying again later is the best solution.