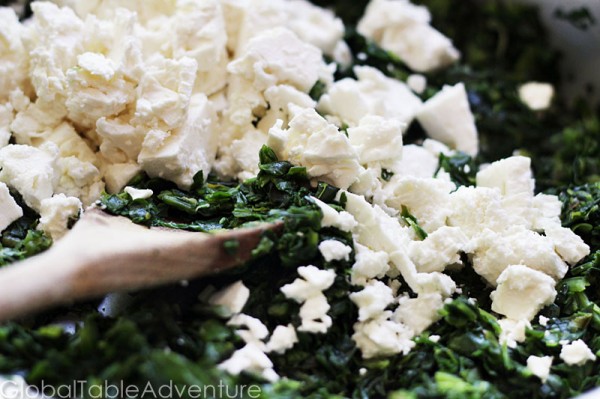 You wouldn’t know it by looking at them, but the Greeks love cheese almost as much as the air they breathe. They are seriously cheesy. So cheesy, in fact… well… let’s see if you can follow this:

Therefore, we can safely conclude that the average Greek woman eats almost half her weight in cheese every year (just over 40%).

Epic. I must move to Greece immediately and catch up for lost time.

If you don’t believe me, read Lonely Planet Greece, where they clearly state that Greeks are so cheesy they “consume more cheese per capita than any other country in the world.”

So what cheese does the cheesiest country in the world favor?

The most beloved cheese in Greece is Feta – a salty, dry cheese made with goat or sheep’s milk. In fact, it is known as the National cheese of Greece. We’ve already featured feta in our Spanakopita recipe and will also feature it in our authentic Greek Salad.  Watch for that recipe come Monday morning.