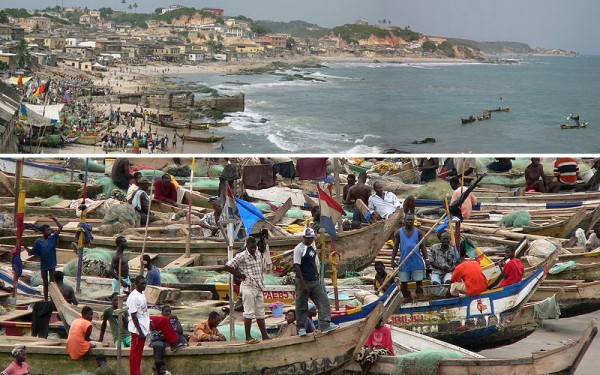 I flipped through the digital photo album, well-worn despite being only a few years old. Inside, snapshots of Ghana, from the capital and beyond. I immediately focused in on the food.

“What’s this? And this?” I asked, excitedly, pointing at the glossy pages.

The album belonged to my friend Tara’s husband, Ryan. He had been to Ghana for research for work and, in the two weeks he spent there, he was able to sample many authentic dishes. 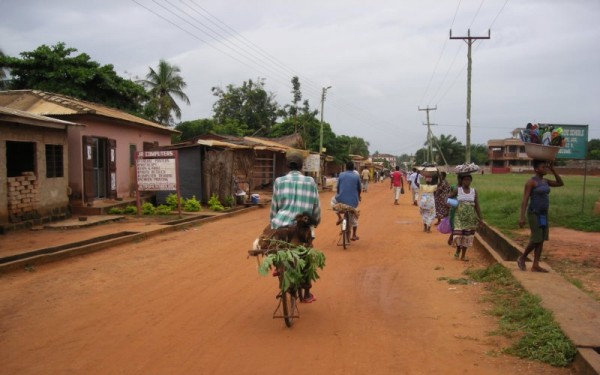 Wait. Is that a goat on a bike?

I sipped my wine, listening to his travel tales. Here’s my favorite one:

After several days of eating like a Ghanaian, Ryan feels a bit homesick and pops into a pizzeria. He orders a pie with his favorite topping – bell peppers, hoping to get a taste of “home.” The waiter delivers the pizza, piping hot, covered with dozens of neatly sliced pepper rings. The only problem? They were habeneros.

When he calls for the waiter, the staff merely chuckle, stating the Indian tourists love their pizzas that way. Even after he picking the peppers off the pizza, each bite remained screaming hot, thanks to the juices that dripped down from the roasted habeneros.

Amazing. Needless to say, the pizza didn’t taste of “home.” 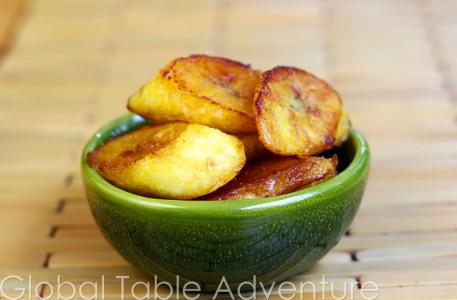 Ryan later sampled a more tame Ghanaian dish called Red Red – black eyed peas stewed with spices, peppers, onions, and a layer of red palm oil so thick it leaves a red ring around the plate (hence the name) [Recipe]. This would be a fun one to try on New Year’s Eve, instead of the typical black-eyed pea recipes. Red red is usually served with fried plantains [Recipe] – the ones in his photo album looked incredible, a deep golden brown – looking both sweet, salty and finger-licking good.

Peanuts are a big mainstay of Ghana – and make it’s biggest appearance in Groundnut soup (a.k.a. peanut soup) [Recipe]. This happy mixture of chicken, vegetables, and peanut butter can be found all over west Africa. Variations are made with fish and beef.

Then there’s the watermelons. There are so many watermelons, they pile up on the side of the road. Perfect for juicing [Recipe]. 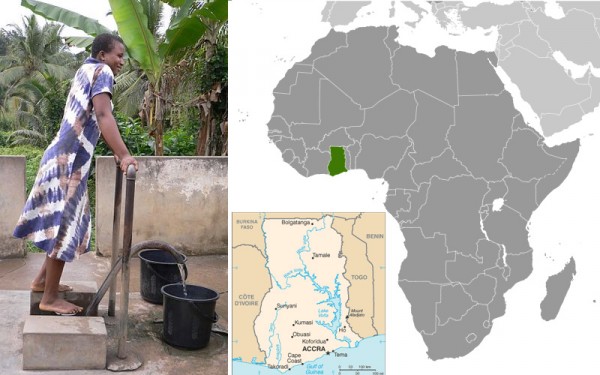