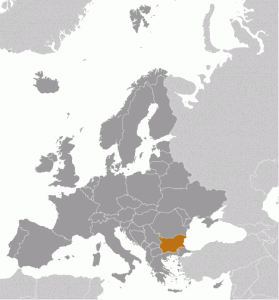 Bulgaria will always make me smile. Exactly one week before I was to cook our Bulgarian Global Table, a young man from – you guessed it – Bulgaria came knocking on our door. I still haven’t pick my jaw up off the floor.

I live on a tiny street in Tulsa, Oklahoma, for goodness sakes! These things just don’t happen.

Tall, gawky and very kind, Nick had one mission: to sell educational children’s books during his summer break. When my mother discovered the origins of his thick accent, she threw caution to the wind and pulled him inside. Cornered, he had no choice but to cooperate while I gave him the third degree. What did you eat as a child? What’s your favorite dessert? After thirty minutes, when the color had completely drained from his face, I finally let him talk to me about his books. It was the least I could do. 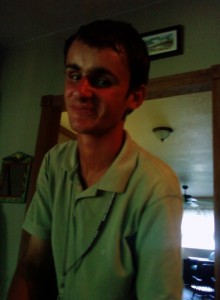 Bulgarians eat many of the things we eat here, in the United States. “We have McDonald’s, but no Arby’s” he said. I practically had to beg him to tell him about another dessert he loved more than ice cream. Think, Nick! Think! There has to be something more unique to Bulgaria than ice cream. He eventually conceded that he loves Izvarnik, what he described as Bulgarian “cheesecake.”

While Bulgarians don’t eat a lot of meat, he said that pork is the most common. You’ll find it in their musaka, layered potatoes and meat baked with eggs and yogurt. Pork also gets stuffed into their famous cabbage sarmi (stuffed cabbage leaves). Nick’s mother makes about 60 at a time, one stacked upon the other and steamed in a giant pot. He can eat twenty in one sitting. He’s a growing boy, you know.

Vegetarians will love Banitsa, a savory pastry made with cheese and/or spinach, served with yogurt (recipe). Nick tells me that our salty feta cheese tastes the closest to the sirene cheese they use.  Another tasty dish is guvets – a stew with a variety of vegetables including potato, onion, pepper, and bean.

As for special treats, Bulgarians enjoy sipping rakia, a brandy-like drink, and kompot, a cold drink made with dried or fresh fruits such as prunes, raisins, apricots, raspberries, and apples. Kompot (recipe) is most popular around Christmas; kids love scooping up the stewed fruit at the bottom of the glass for a sweet snack. In general, stone fruit is very popular in Bulgaria, including plums, cherries, and peaches.

In the heat of summer, residents cool off with chilled tarator, cold cucumber yogurt soup seasoned with fresh dill and a touch of fresh garlic (recipe). The way our summer has been going, I’ll need 5 gallons of tarator just to get through today!

Hope your day is cool!

Oh, and if you’re wondering, I did buy two books from Nick. He delivers them and two months – I’m getting a list of food questions ready for his return. Is that wrong? 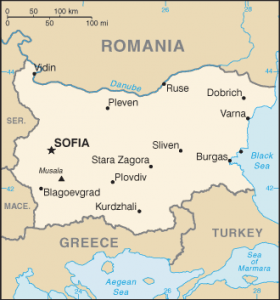