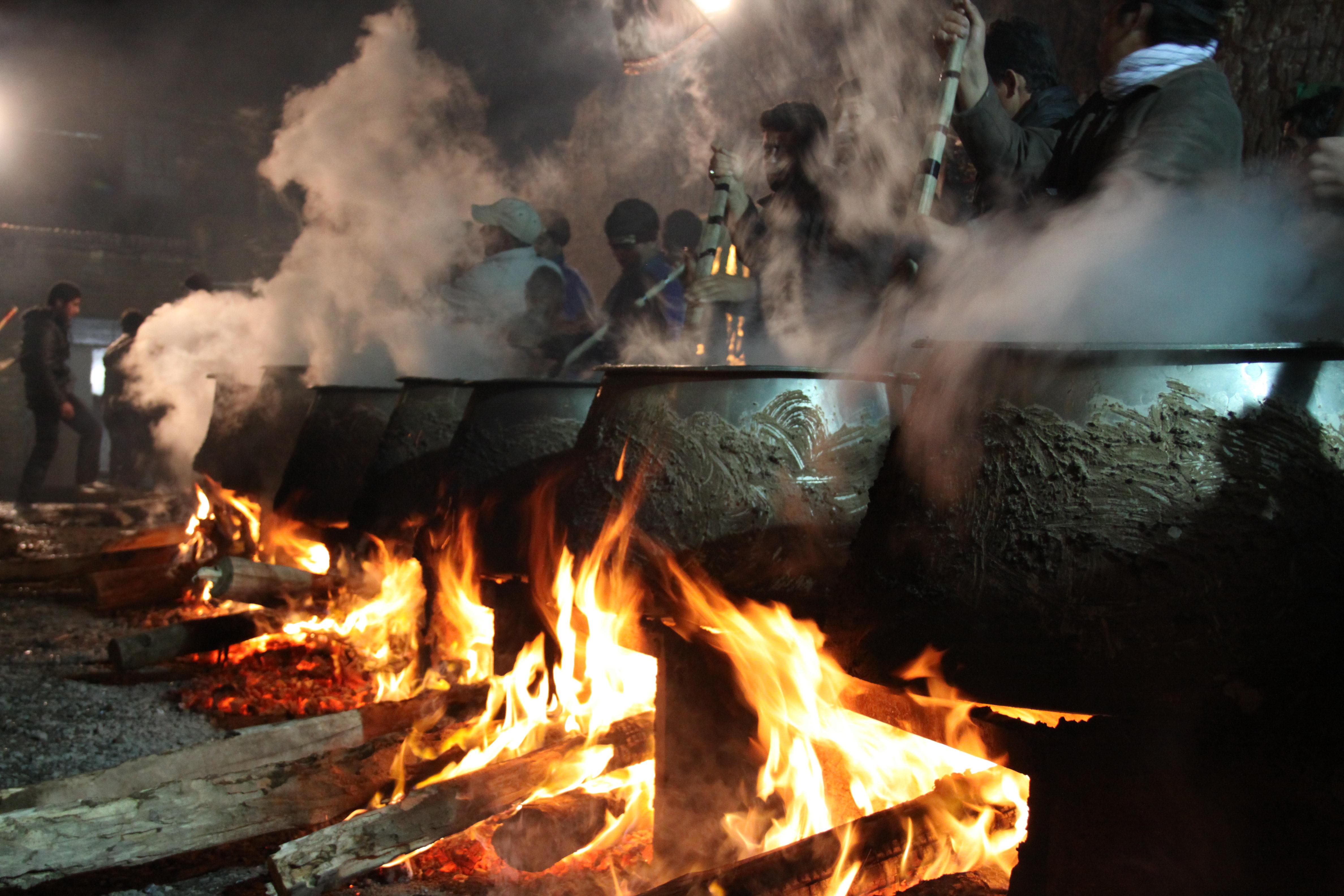 At first, I was saddened to hear you left America’s Test Kitchen. Like so many, I’d come to rely on your impeccable standards and trustworthy recipes over the decades. They were a sure thing – dare I say, as sure as death and taxes but a lot more palatable. For me, this was more than a need for robot-like precision on my counter and in my oven (such an aim would be fruitless anyway: my oven runs hot – and it’ll be a long time before my pennies pile up enough to upgrade).

My interest in your work started in 1998, when I was 19 years old. My mother is the one who introduced me to you, your recipes and your bow tie – an introduction wrapped up in the messy business of getting to know a mother who I had only seen once since I was 10 years old.

Circumstances were challenging in my early childhood. My older brother and I slept in the living room, while Mom slept in the breadbox bedroom on the other side of the kitchen. The kitchen doubled as the living room, the trestle table used as much for cooking and eating as playing and sewing (at night Mom hauled out her old Singer to stitch odd jobs to make ends meet).

We were raised to make it work: Mom cut mold off crusts and cheese, hid weeping fruit inside delicate crepes, begrudgingly served fat blocks of welfare cheese. On good days, after scrimping and saving, we’d make something completely outrageous, like a 19-layer German Tree Cake. Not because we needed to blow money on almond paste and chocolate (or spend two days cooking and decorating the cake), but because she wanted us to see beyond our circumstances. Food, she knew, could take us wherever we wanted to go. And so, she taught me the difference between poverty of resources and poverty of spirit.

Unfortunately,  as a single mom, Mom’s quirky creativity was a gift and a curse. She had no partner to help deal with day to day stresses, and her response to challenges at school and in the community ruffled more than a few feathers at the Department of Social Services. After a few years in and out of foster homes, she sent us to live with family friends several states away. My brother took the separation hard. In a pungent cocktail of adolescence and grief, he succumbed at 14. Gone much too soon.

Soon after, my new family moved a continent away; I spent my adolescent in France and Luxembourg, far from everyone I’d ever known or loved (including my three beautiful siblings from my mother’s early marriage). Searching for a connection with my mother, I looked to food, wandering into boulangeries as though I’d find some madeleine of my childhood there. I never did, though I did ignite a passion for international cuisine.

Years later I showed up at my mother’s door – 19 years old, a young woman feeling like a little girl. There was no recipe for how to proceed.  In the face of our awkward “getting to know each other” phase, your magazine and the recipes inside were a relief. They were built on clarity and predictability. A safe haven. Much different than finding out my mother, still seeing me as a sweet ten year old in her mind, had tossed all my push up bras (years later I find myself exceedingly grateful for that one). Much different than trying to figure out how to love each other after the passing of time and space.

As one of many white flags, Mom gave me a worn copy of one of your magazines, strewn with post-it notes, asterisks and underlining. Together we’d discuss the kitchen tools you demystified in the front pages.  We discussed your editorial. We were awestruck with the precision of your team.

One day between the heave-ho, teeter totter of our relationship, Mom said she had a surprise for me. I was an impressionable undergrad at Wesleyan University – maybe a junior. We’d been arguing a lot and, though I should have outgrown the attitude by then, I had a teenage huff about me, impatient with whatever surprise she had at the other end of the car ride.

We parked on a quiet street in Brookline, Massachusetts. Someone buzzed us into a nondescript doorway. Suddenly we were there. The Test Kitchen for Cook’s Illustrated. And suddenly you were there. You gave me a private tour of the place. Not an assistant. Not a kitchen tester. YOU. Mom hung back (waited in the lobby) and let me have the experience. You probably gave hundreds of similar tours, but I was just some poor kid, raised in foster homes, struggling to figure out my emotions, my mother, my self. Who was I to have a tour in this amazing place you created?

That day left an indelible mark on me.

You led me into the gleaming test kitchen. Sitting on the counter was a simple chocolate pudding pie. You invited me to taste it. You did the same and asked me what I thought. Nervous but hopeful, I said I thought it was “pretty good.” You, however, had another opinion. You rattled off a list of adjectives – cloying, too this, too that – your exact opinions have faded now, but the important part remains: you had expectations, you were discerning, you paid attention to details few others would ever notice. That’s when I realized I had a long way to go. Pretty good wasn’t going to cut it.

We went back to your office and sat for a few minutes. You spoke little. You asked me about my goals, projects, dreams. I probably spoke too much, hoping to impress in that annoying, overeager way kids do when they really haven’t accomplished much but want to be noticed. You were patient. You nodded and encouraged me. I remember asking you then about international food. About historical food. You told me many home cooks weren’t ready for that (or, even if they were, they were so busy they couldn’t take it on). A few minutes later we went our separate ways. I thanked my mother with shining eyes, guard down for once.

In the last 15 years I continued to get to know my mother. I went to the Culinary Institute of America for a year. I started a family. I had ups and downs. As part of my attempt to find a sense of belonging, I spent four years cooking a recipe from every country in the world… which inspired my first book Life from Scratch: A Memoir of Food, Family, and Forgiveness. It turned out to be more about why I cooked the world – a chronicle of my childhood and relationship with my mother. Everything goes back to our childhoods, I think.

I even adapted one of your pound cake recipes for the scene when my mom tells my brother and me she’s sending us off to live with another family for good. That’s what she served and, though I resisted including a recipe for that chapter, having a reliable base to start from was a relief and helped me get through it.

Mom was excited about the book. In the year I took to write it, she helped me with dates and details. We bonded. And then I was done and something – fear of public opinion, perhaps – has led her into retreat. Missing her and knotted with emotion, but also trying to respect her space, I find myself feeling very much like I did when I was 19 knocking on her door for the first time in nearly a decade. Like I need something predictable. Something to bind us back together. Something to fortify my spirit. Something like your recipes. But I know not everything works the same way twice. This time I wonder what will, in fact, work.

And then I discover you are on a new venture – that you will be exploring culinary techniques from around the world. What a gift! The timing is perfect: home cooks are bringing the world into their kitchens at unprecedented rates; students can fill their course loads with the politics of food.  If I’ve learned anything from cooking 195 countries I can tell you this: you are in for a real treat. There are a myriad ways to extract excellence – as you know, our global neighbors have much wisdom to share on this front.

These days I feel less certain of the world than I did in those “pretty good” days. But thanks to that brief trip through your kitchens, I have stronger opinions and I’m more willing to voice them. I’m also more apt to celebrate when I discover excellence, for I realize what a rare gift it is. I want to thank you for helping a young woman learn some of these skills.

Enjoy your new venture. Enjoy that most humbling curiosity – a willingness to admit that sometimes there’s a better way to do things than the way we’ve always done things. And, always, a burning hope for the future.