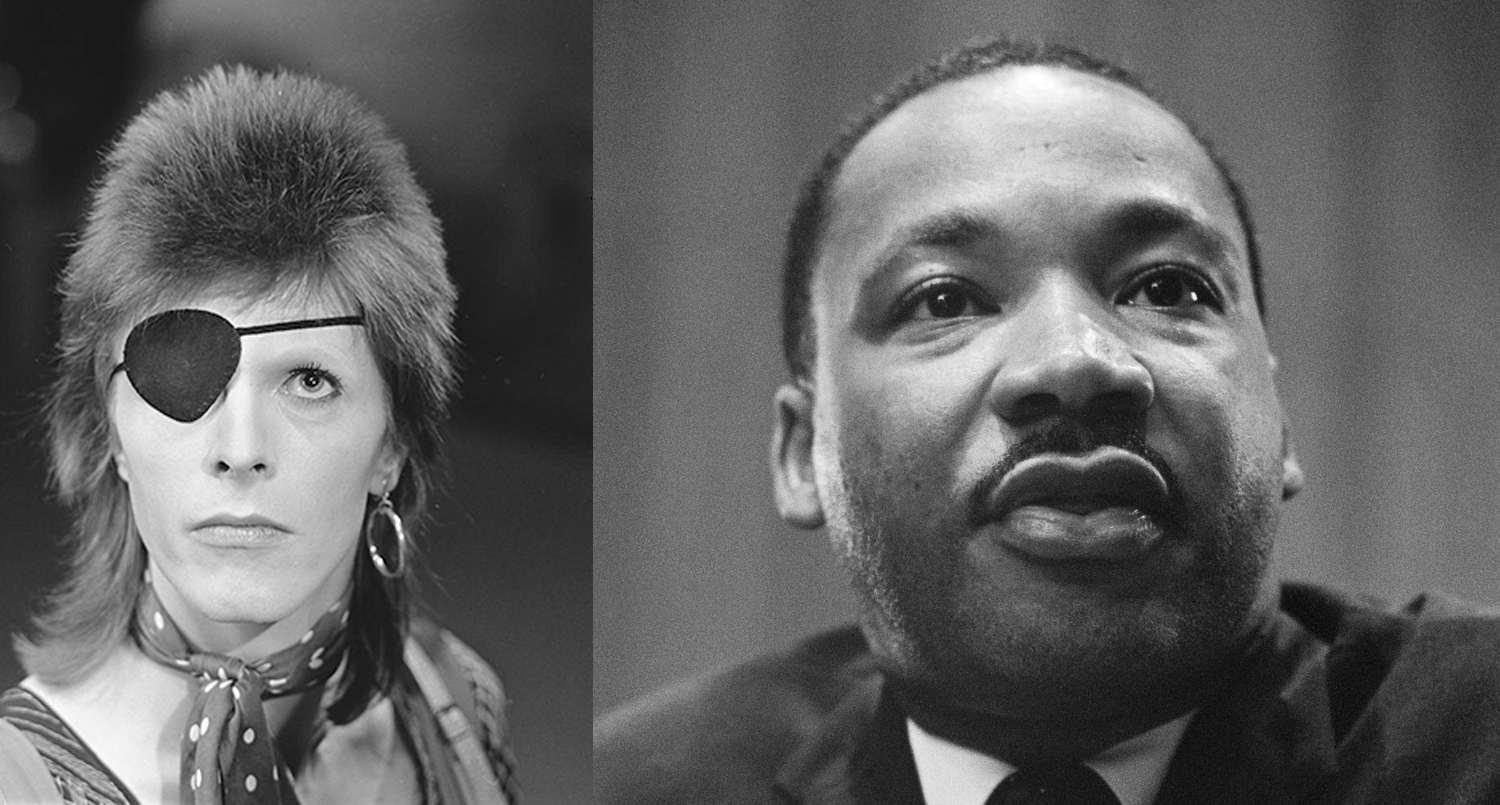 What would you do today if you knew you’d be gone tomorrow?

News of David Bowie’s death has stunned the world. He managed to keep his 18-month battle with cancer secret and, though he left us suddenly, he has not left us alone. He spent his last 18 months feverishly at work on his latest album and it was released just two days before his battle with cancer ended.

Meanwhile, next week is Martin Luther King Day, a celebration of the man’s life and achievements. Though nearly fifty years has passed since his death, no one can say “I have a dream” without invoking King’s legacy as a leader of the African American civil rights movement. He spent his life working towards equality for all.

On the surface, Bowie and King couldn’t seem more different.

The first was a British glam rock artist. He wore face paint and embraced multiple characters over his long singing career. “Weird” is used as a term of endearment for the man and his work. The latter was a buttoned up Baptist minister from Atlanta, Georgia, versed in the art of public speaking. Rather than paint his face, King tried to strip away the brushstrokes of prejudice in the dawn of desegregation.

Though they came from different sides of the world, both men were visionaries.

What is a visionary? 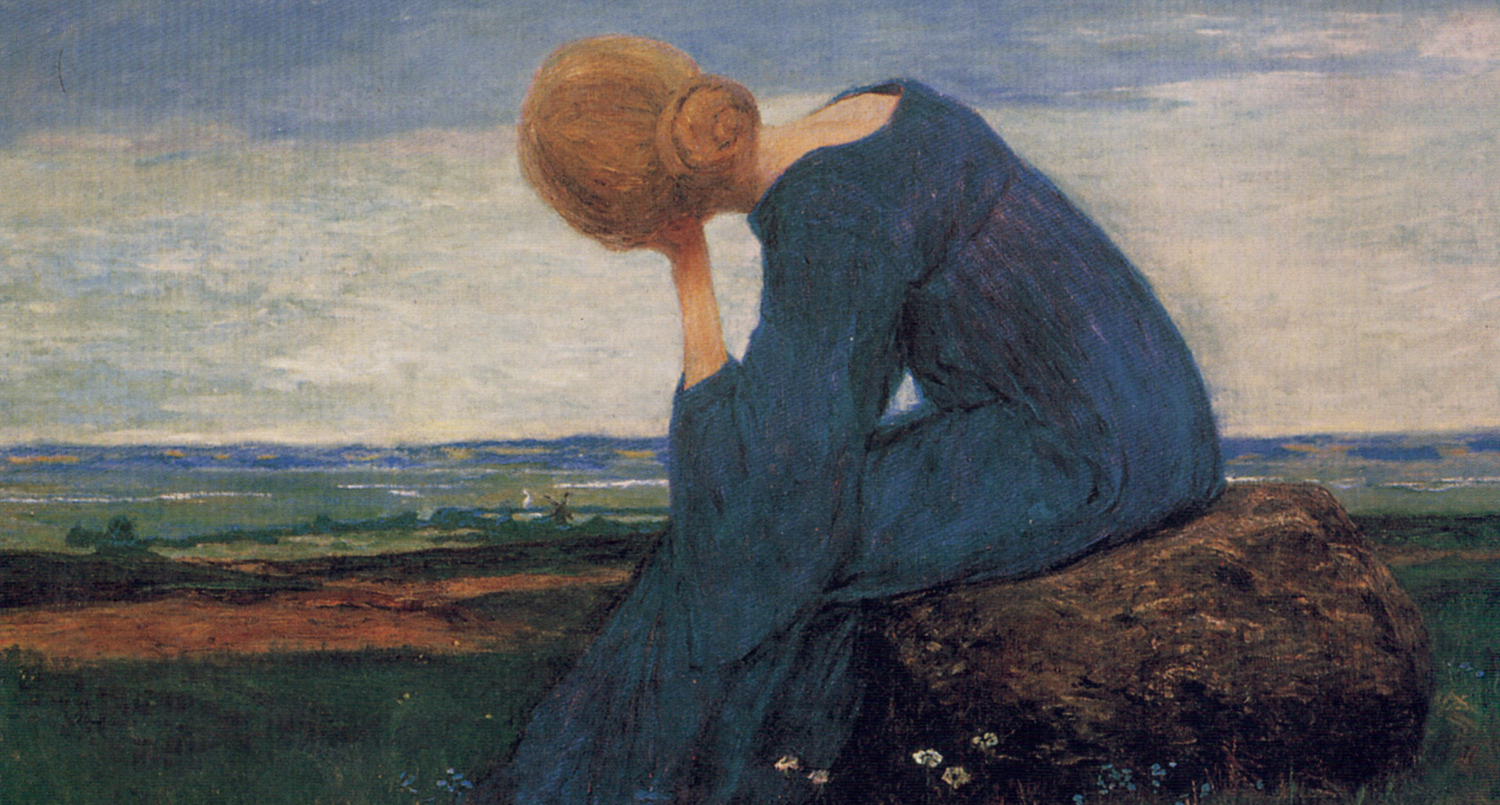 A visionary is a person with strong ideas about what the future could be. Typically their ideas aren’t mainstream or popular… at first.  The difference between an idle thinker and a visionary is the visionary doesn’t just sit on their laurels imagining a different future, they take actions to help shape the future.

No one skill has a monopoly on the ability to change the future, by the way. The world can be changed with a song just as well as it can by science. 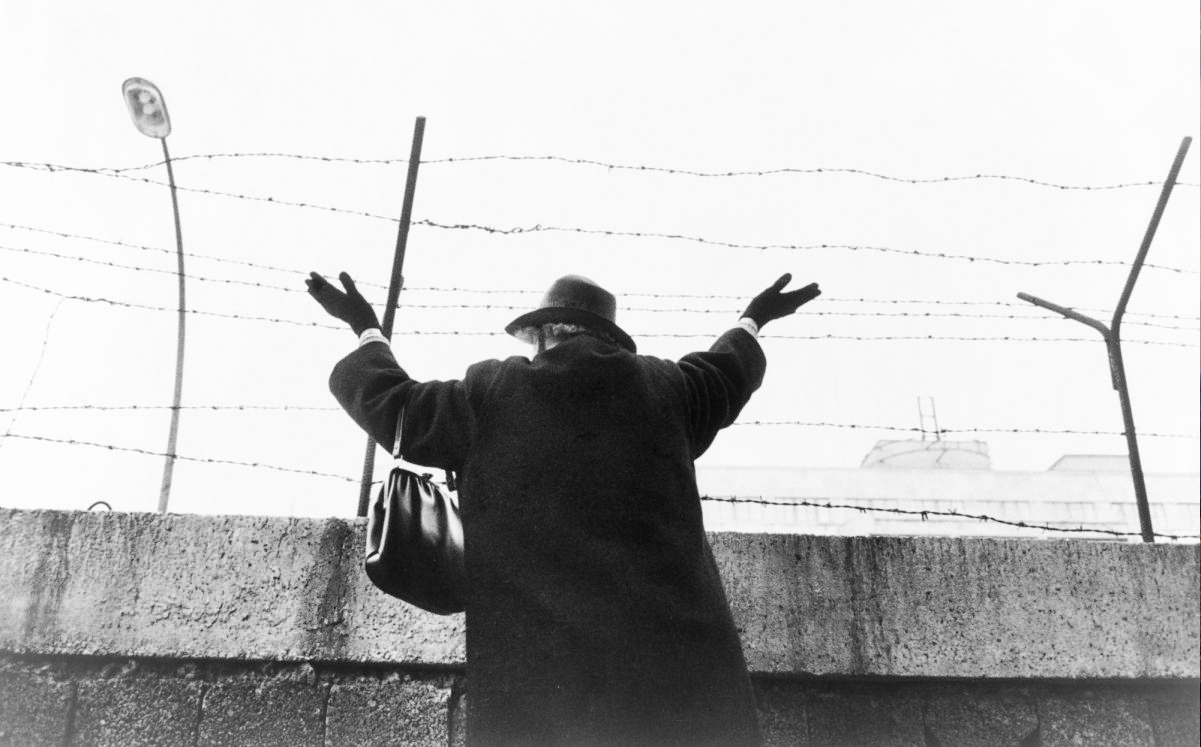 Bowie helped change the world forever when he performed his love song “Heroes” in his former residence – Berlin, Germany, 1987. In those days the Berlin Wall unfairly separated the East and West parts of the city. Despite police presence, thousands of oppressed East Berliners pushed past barricades, drawing nearer to the wall so they could hear the rock legend perform. David Bowie describes the scene:

They’d backed up the stage to the wall itself so that the wall was acting as our backdrop.We kind of heard that a few of the East Berliners might actually get a chance to hear the thing, but we didn’t realize in what numbers they would. And there were thousands on the other side that had come close to the wall. So it was like a double concert where the wall was the division, and we would hear them cheering and singing along from the other side. God, even now I get choked up. It was breaking my heart […] However well we do it these days it’s almost like walking through it compared to that night, because it meant so much more. That’s the town where it was written, and that’s the particular situation it was written about.”

In Their Own Words: Songwriters Talk about the Creative Process by Bill DeMain

The concert brought about riots in East Berlin and Mikhail Gorbachev tore down the wall shortly afterward. In reaction to David Bowie’s death, German officials acknowledged his help in shaping Germany’s future. Here’s just one of many tweets, this one from the German Foreign Office:

Good-bye, David Bowie. You are now among #Heroes. Thank you for helping to bring down the #wall. #RIPDavidBowie 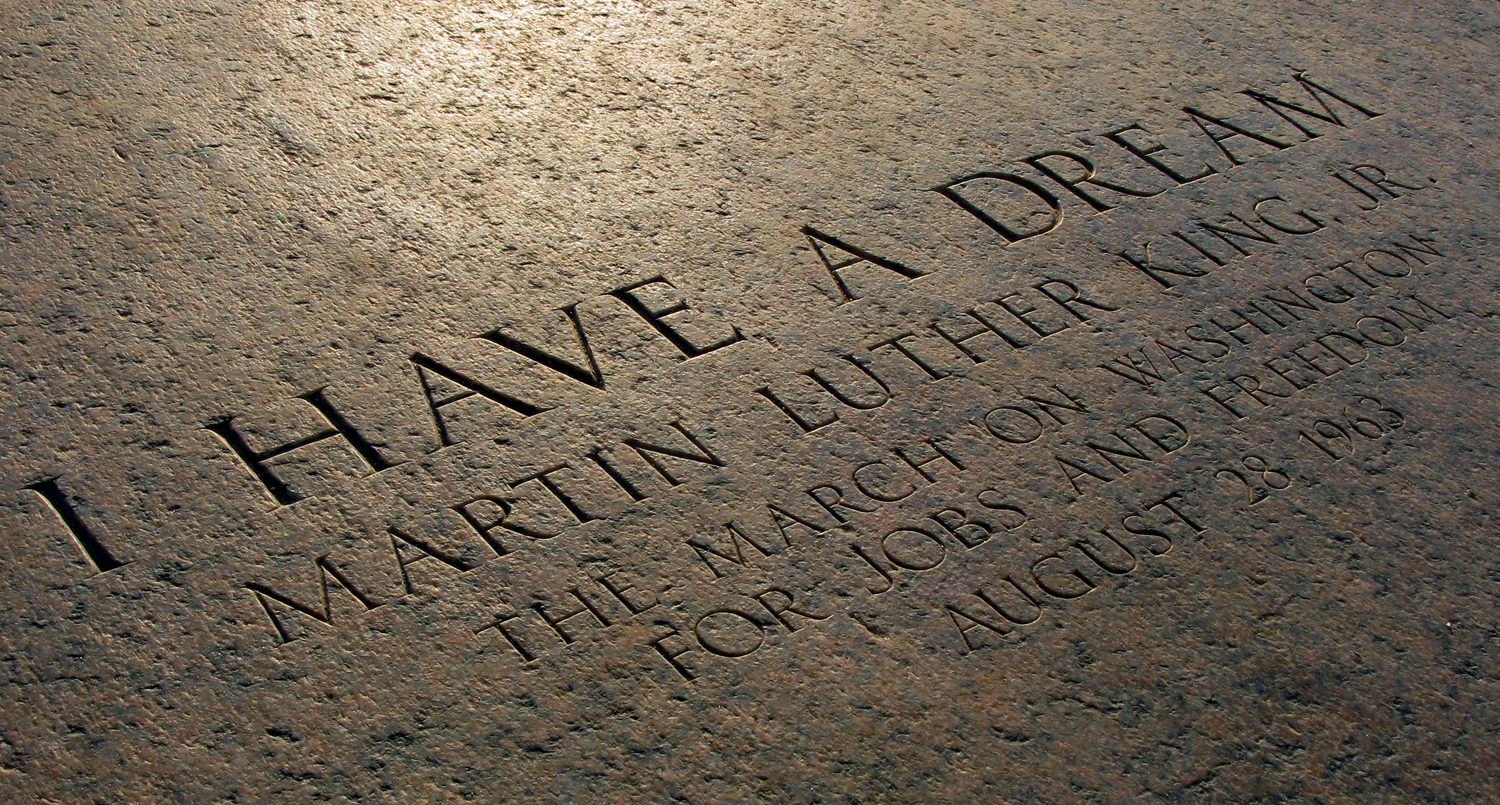 The list of Dr. King’s contributions are well-known and many. Most famous of all was his “I have a dream” speech, delivered to 200,000 civil rights supporters in Washington D.C. Few might know that “I have a dream” was an off the cuff insertion to his carefully crafted speech (source) – Turns out this small change had a huge impact on history. By allowing himself to be swept up in this vivid language, Dr. King shared his hope for the future with absolute clarity – and it caught like wildfire among the people.

Consider another small action of this great man. Rarely discussed is what Dr. King did with the original, type-written “I have a dream” speech. On the stage that day was a young basketball player, George Raveling, who later became the first African-American basketball coach at the University of Iowa and is now Nike’s Global Basketball Sports Marketing Director.  On the day of King’s speech, Raveling had none of those accolades. He was simply a 26-year old volunteer serving as extra security on the stage. After the speech, Raveling asked Dr. King if he could have the papers. Dr. King readily complied even though he knew how valuable the speech would be. After all, he opened his speech that day with:

I am happy to join with you today in what will go down in history as the greatest demonstration for freedom in the history of our nation.

By choosing to hand off the original to one of his security guards, Dr. King showed where his values stood (typically he kept his speeches). This stunning gift surely endowed Raveling with something much greater than those papers. A sense of inclusion, acceptance and worth.

What will your legacy be?

Time is short on this blue rock. You don’t have to be a performer like Bowie or an activist like Dr. King to shape the future. We don’t need to be superstars or stand on a stage to create a better world. But we do need to get clear with what our gifts are and how we can best use them right now, where we are, with what we have.

Start by creating a vision board.

If all this sounds overwhelming, I get it. Figuring out how to help the world seems really big. But I’d argue it’s simpler than doing your own taxes. To make it manageable, start small: create a vision board.

Creating a vision board is a relaxing and meditative process that can help you hone in on what is important to you, what projects you want to work on, and what kind of future you’d like to see. My husband, daughter, and I made our vision boards for 2016 together one afternoon earlier this month. Already, mine has been a big help in my home and work life.

TIPS FOR CREATING YOUR VISION BOARD 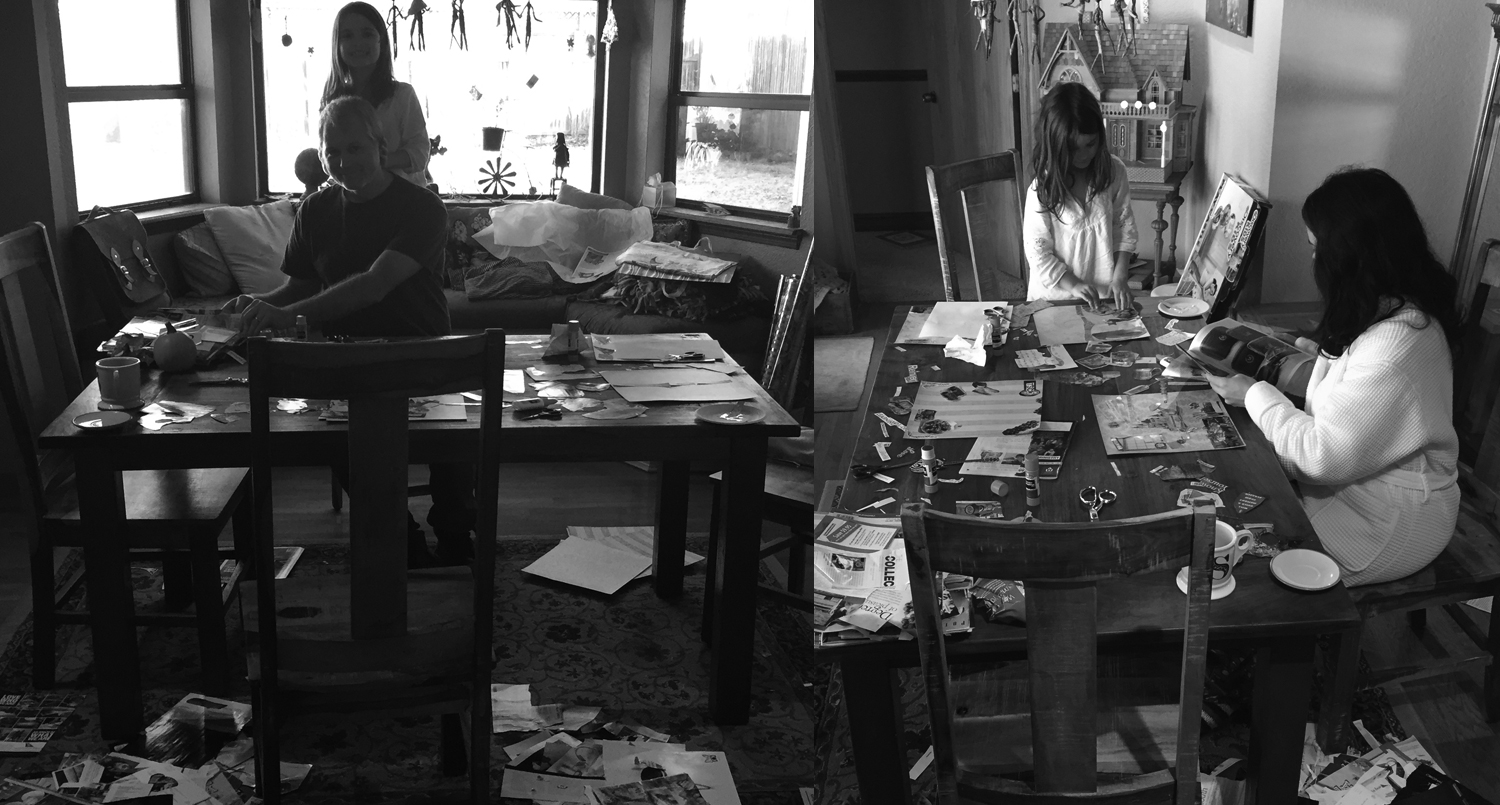 You will need to cut your way through a pile of magazines to end up with a small selection of iconic images for your vision board. At the end of this process you’ll have one sheet of card stock decorated with your vision but you’ll also have an enormous mess on the floor. This mess is the ultimate reminder that we must cut away a lot of junk to get at the heart of what’s important in life.

Avoid gluing anything down until you’ve cut out all of your favorite images. Once you have everything you can start playing around with layout. You might find that some things you thought were important don’t actually fit. Rather than adding a second vision board when you run low on space (kidding, not kidding), get serious about what is most important to you. Just like a page, our lives our finite – and we can only fit so much in. You’ll be more effective if you are selective. 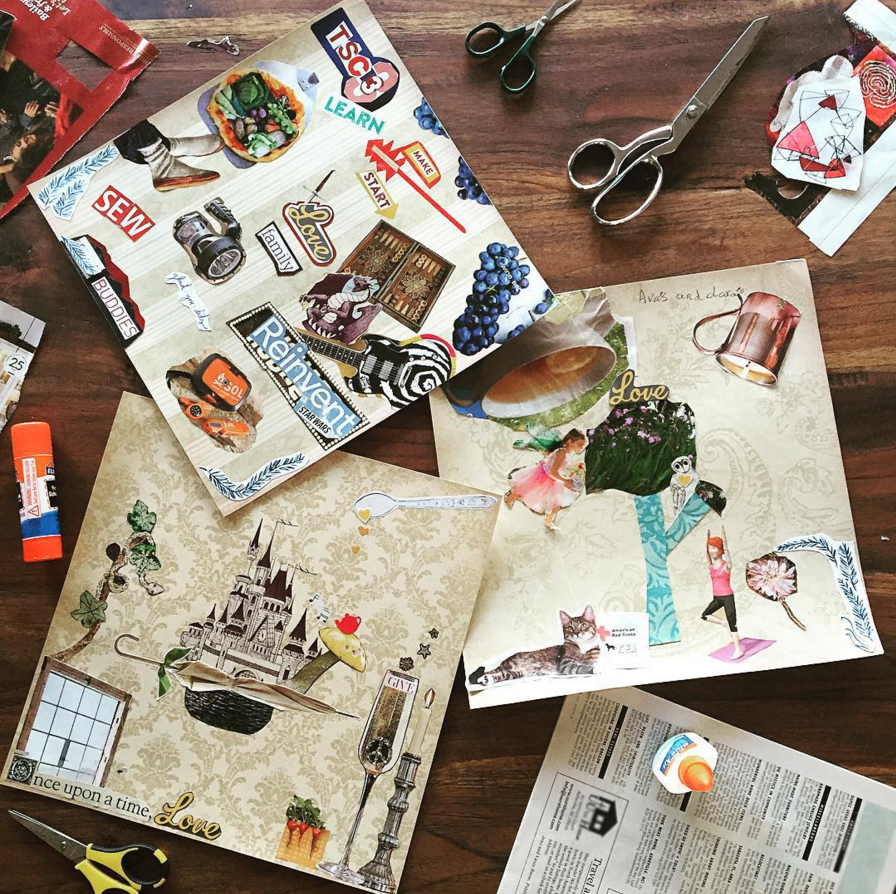 Ava’s focused on helping the environment and animals. Even more incredible, she created a scene with her symbolic images. The teacup represents her wish to be cozy and take time for tea… and she placed it as rain. The candle represents her wish to be surrounded by light… and she placed it as the sun. She made a tree with scraps to represent the environment and placed a stitched owl on the branch to show her desire to sew more. She also wants to help animals, do yoga, and have creative play (the fairy).

My husband’s includes using his skills to get creative (such as by reinventing Star Wars with his woodworking tools), just starting (when he’s not sure what to do), camping more, eating fruits and veggies … Prioritizing family and friends … with love at the center of everything.

My vision board asserts that I am responsible for my own happy ending – and that, ultimately, I want my story to be one of love. In the end that is all that matters. The umbrella symbolizes that I have the power to protect myself whatever the “weather” of life brings. The window is about bringing light into our home, and the wild plant is a reminder to trust my own creativity. There’s so much more, especially about what I want to GIVE to the world – the candle and champagne flute represent giving people a sense of peace and warmth while also letting them know they are celebrated and special, regardless of who they are or where they come from. I also included a castle – another reminder  to continue the fairy tale I started during NaNoWriMo.

There is no one right way to do this life. 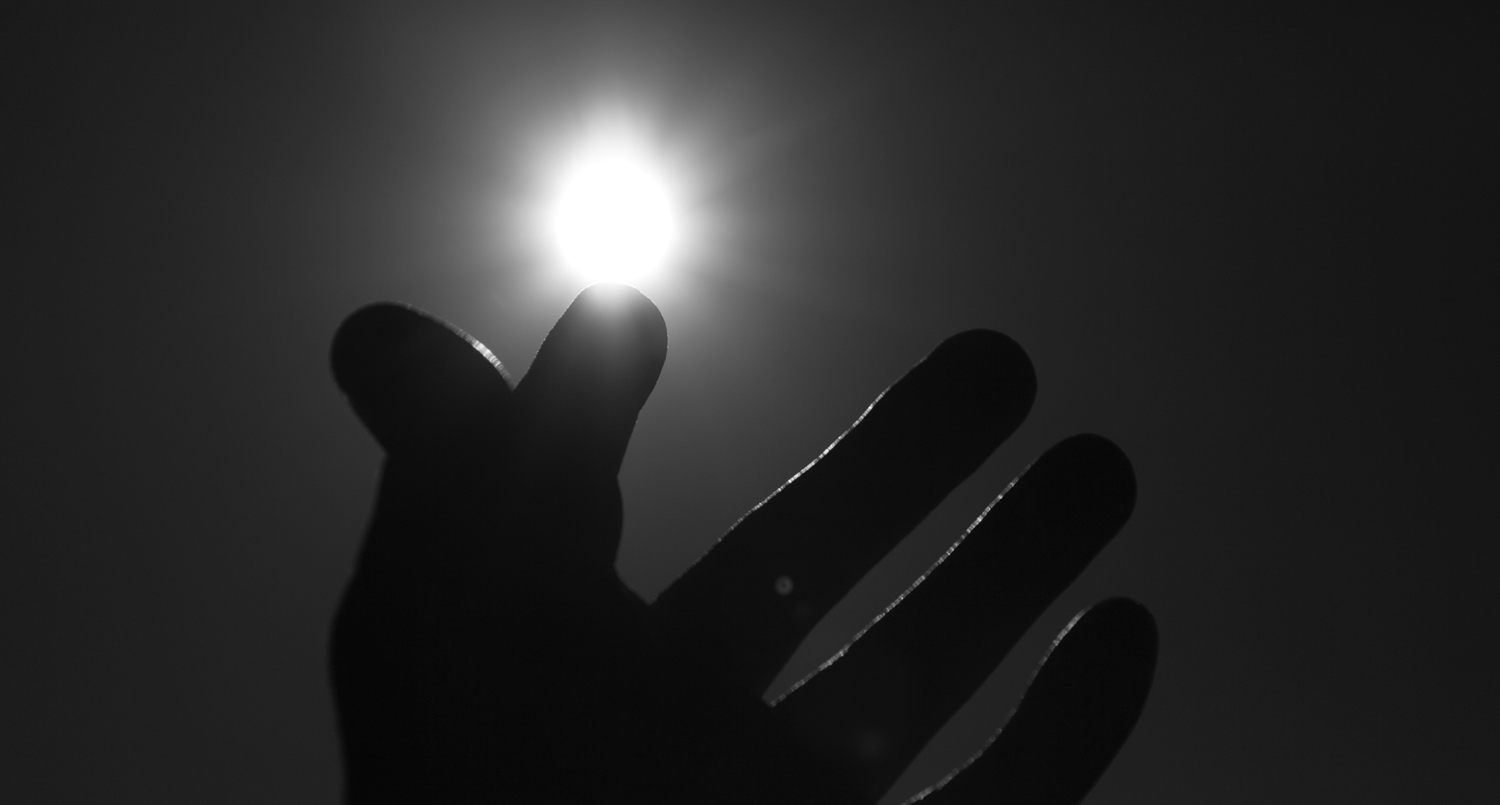 Who knows what happens when we are gone from this world. But if we choose to live by Bowie and Dr. King’s example, we can make tomorrow better for all – whether or not we live to see the results. When we are of service to our community – even in small ways – the future improves for all. There is no doubt: Our choices today directly impact tomorrow. What tomorrow will you help create?

Do your thing. Enjoy your sliver of infinity and spread goodness while you can.

P.S. I want to leave you with a demo young David Bowie recorded around the time Martin Luther King, Jr. was assassinated. It never made it onto an album as far as I can tell and I’m not convinced the 1968 date on the video is correct as the words were written by Leslie Duncan and she didn’t release the single herself until 1970. All that aside, I hear his beautiful rendition with a different ear when I think about Dr. King’s message of freedom for all.