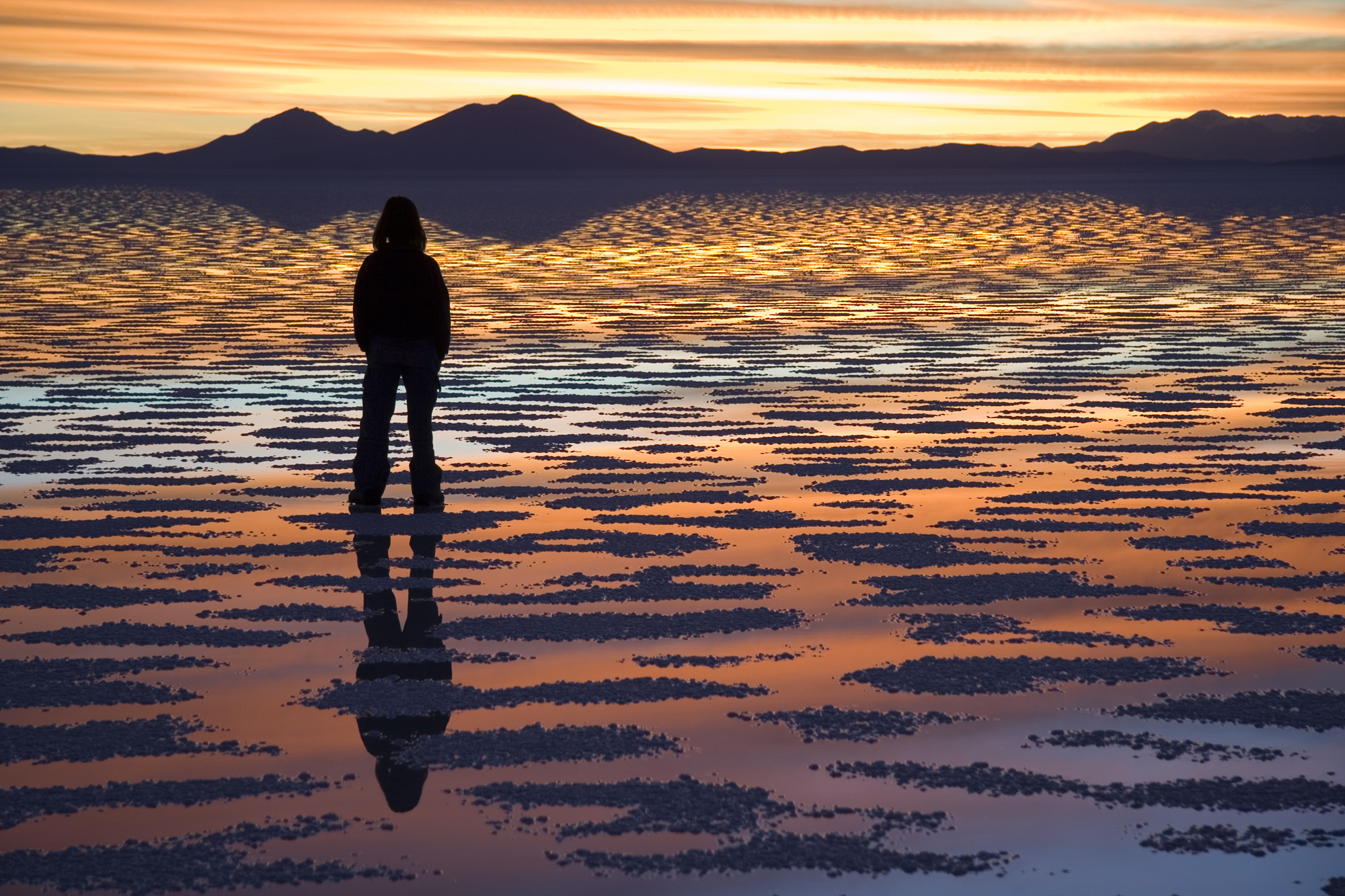 In my early 20’s I had a few friends who liked to play Grand Theft Auto. They’d lay on the floor for hours, only emerging to pay the pizza delivery boy and refill their coozies. Curious (and eager for a slice), I grabbed a controller and joined them a few times.

Here’s what I discovered: “GTA” is a really violent game based on the premise of becoming the most powerful criminal possible. Stomping characters until they… perish… (something many young players do while laughing) is not uncommon.

The fantasies we engage might never affect our lives, but they definitely reflect our realities.

Lots of people would tell me to lighten up – they might say “it’s just a game” or  “a video game does not make killers.” And perhaps they’re right. I haven’t done a study. But I am certain of one thing: the things we turn to reflect our lives – who we are at the moment, what we’re feeling, what we’re struggling with.

I don’t think people spend hours playing extremely violent games unless they have a gap in their lives they need to fill. It might be as simple as boredom. Or it might be as dramatic as feeling abandoned. The first is easily resolved. The second? Not so much.

I followed the herd because I didn’t know what I stood for.

It’s not exactly a surprise that my life was more full of strife when I filled it with junk like violent video games, smoking, and bad relationships. During my teenage years and early adulthood I was still figuring out who I was and what I stood for.

I was still developing my inner compass. For goodness sakes: I even remember struggling with “hurting someone’s feelings” if I didn’t laugh at their mean jokes.

Those days are gone.

I will never give a pity laugh for a cruel joke again.

I’m enamored by shows like Dr. Who – where the hero wins the day with his brain, not his brawn.

But here we are, another decade of my life gone by, and I am playing a game called GTA – every day.

This time I’m choosing to be the good guy. 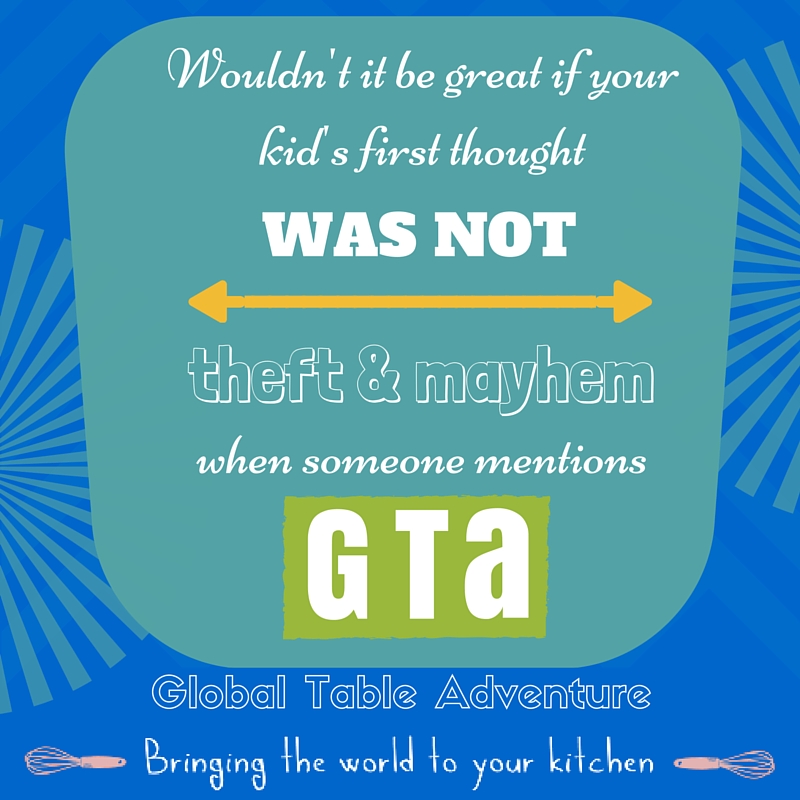 It was not without quite a bit of irony that I realized the abbreviation to my quest to eat a meal from every country in the world – Global Table Adventure – was “GTA.”

But what a difference. Instead of stealing cars and killing cops, the GTA I created was about mixing spices and preparing meals together.

Me and you? We’re building a community interested in cooking towards love, community, and global awareness.

Imagine if young people spent less time engaged in a fantasy world where they’re a bad guy and spent more time in the kitchen with their families, cooking and sampling delicious food from around the world. Would we find that, 50 years from now, this would be a happier planet? That there would be less mindless pizza eating on the couch, and more time spent at the table together?

One thing is certain: it would definitely be a more delicious place to live. 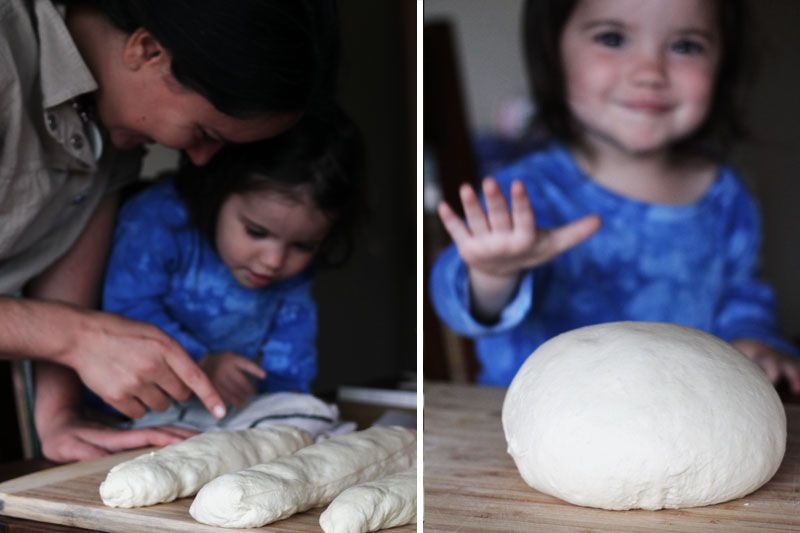 What’s in your way?

Even if you (or your loved ones) don’t play video games, there is still work to do.

Take time for introspection – turn off your phone, your laptop, the TV, the radio – and sit in silence. Think about what mindless, repetitive acts you do that get in the way of your dream for a peaceful home and world. What can you cut out that is getting in your way (or, worse, numbing you out from the REAL love waiting for you)?

Remember – it starts with ourselves.

It starts at home.

And getting on the right path may be as simple as cooking a good meal together.

A life filled with good food and loving company is not a fantasy – it’s reality you can create.

* Are there are any peace-minded video games you can recommend to those readers who still like to play once in a while but are interested in shifting away from violence towards something constructive? For me, games like SimCity – where the only enemy is natural disaster and traffic congestion – appeal to my inner geek! If only Dr. Who made a video game…