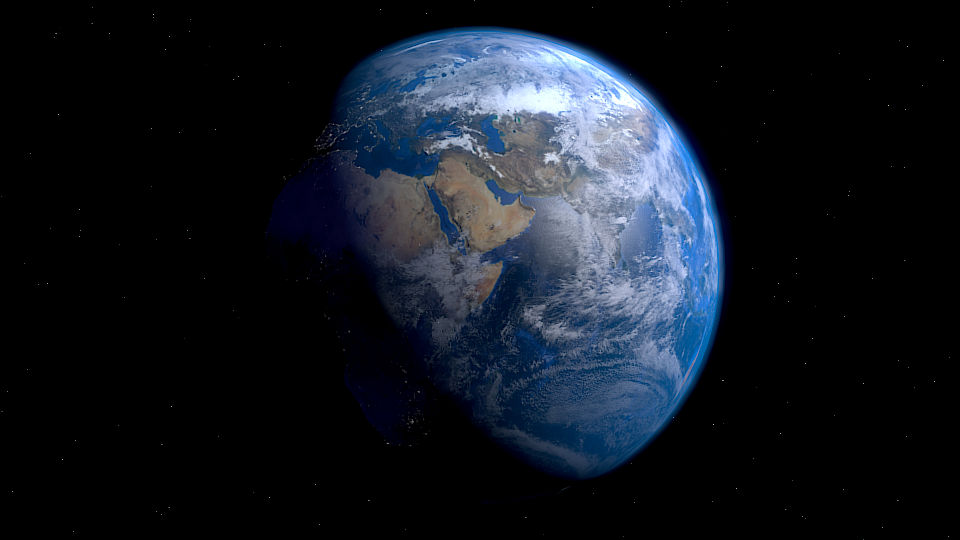 Our planet by Tesseract 2

When you say that eating food from other countries helps perpetuate white supremacy – that the very act of eating another group’s food oversimplifies and subjugates the “other” as perpetually foreign – you are conveniently ignoring a few simple truths.

If one cannot travel, eating a meal to experience another culture is one of the few visceral ways available to learn about people around the world.

The poor do not have the luxury to travel to other countries. Getting a bus ride to work can be a challenge, making the financial burden of crossing the ocean laughable. I grew up poor. My brother and I slept in the living room. My clothes were kept in a dresser in the kitchen. We couldn’t go to other countries for family vacations. We snuck onto empty campsites instead, sleeping in our beat up car whenever we were caught. Many families were and are far worse off than us.

My mother used food as a way to help us see beyond our circumstances. Thanks to Mom I learned that there was a beautiful world out there, full of possibility. Putting down the block of welfare cheese to eat 21-layer German Tree Cakes, Irish Soda Bread, and Indian stews as an Italian Hungarian was not an act of subjugation but an act of deliverance.

This much I know:

The entire world can be explored on a stretched dollar – you just need a few spices and a good dose of creativity to begin your journey.

I am puzzled by your assertion:

The outcome [of experiencing other foods] is not only the denial of complexity of those deemed “other,” but also the reassertion of their supposed perpetual foreignness, particularly in relation to a white U.S. national identity, or a white Western identity, more broadly.

And what does that even mean in an era when cultures are blending on a daily basis? Should I only eat Italian Hungarian food – and systematically exclude every other kind of food? Wouldn’t that be an act of white supremacy?

In my experience people typically shun the foods of the groups they dislike/want to feel superior to.

…That such a connection is superficial at best. Referring back to my childhood, I’d like to offer one simple question: would you rather we do nothing to get to know the cultures around us? Sit in ignorance and perhaps even defiance of the mosaic that makes up our world?

I might never be Monet, but does that mean I can not learn from him by painting in his style?

I might never write words as sweet as Kahlil Gibran, but does that mean I should never play with the poetry of life the way he does?

I might never make magic so real as Gabriel García Márquez… but shall I not bask in the sparkle?

I might never make a groundnut stew as complex or as rich as the people of Ghana, but isn’t the very act of trying worthy?

Perhaps you would consider me a white supremacist.

After all, I cooked a meal from every country on earth, and then some. But let me explain something to you.

1. Not everyone cooks international food out of a desire for exoticism. My experience was for education – of my self and my family. I wanted to raise my daughter with international perspective and sense of belonging within the global family.

2. I cooked every country in alphabetical order so as to remove myself from the selection process and any inadvertent bias.

3. I spent one week on every country to give them all the same play time. There were a couple of exceptions early on when I combined weeks due to illness or travel but I quickly realized that this was counter to my mission of celebrating all countries equally and vowed to no longer do that.

4. We celebrated the countries you’ve never heard of  – and for most people there’s always a couple unless you have an extraordinary knowledge of geography – as much as the culinary giants (which have, I admit, been lifted up as a result of centuries of geopolitical chess).

In my experience there is good food everywhere.

5. I purposefully did not choose the most shocking recipes (i.e. recipes that would make people gawk instead of invest their time in  meaningful exploration). Instead I created a culinary bridge with culturally relevant recipes that used ingredients most are familiar with. Want a new way to make potatoes that also helps teach you how people eat around the world? I have that. Same for rice. Same for pasta. Veggies. Fruit.

Why didn’t I just travel the world instead of cooking it?

It comes down to finances and time. But I have traveled.

When I was almost 11 another family took me in and raised me. I went from sleeping in the living room to my own bedroom with a walk in closet. I spent my adolescence in France and Luxembourg and saw 12 countries by the age of 19.

During those years I experienced the food first hand. Saw the sights. Met the people. Made friends.

Was it a richer cultural experience than what my mother offered me as a young girl or, even later, when I chose to bring the world to my kitchen?

It certainly was a different experience. While it’s fantastic to be in the real place and experience the real thing, there is real value to what my mother offered.

When money and time don’t allow I’ll take cooking the world (and memories of the attempt) over nothing any day.

If trying food from other countries isn’t an act of white supremacy, what is it?

I believe exploring international food builds bridges. My daughter is now 6 years old and understands that we are all connected. She knows that food doesn’t just appear on the table out of thin air, but that every recipe has a story and cultural ties. She regularly refers to the map hanging by our dinner table, making a point to ask about what part of the world inspires our meals.

Maybe there are people who eat food from other countries to assert their white supremacy.

But I’m not one of them. And I have yet to meet someone who is.

There are real benefits to exploring the world from our kitchens…

Let’s not lose sight of the good we can do with a pot and a spoon.

Speaking of which, I’d be happy to talk this over over dinner sometime.

We can make it a potluck.