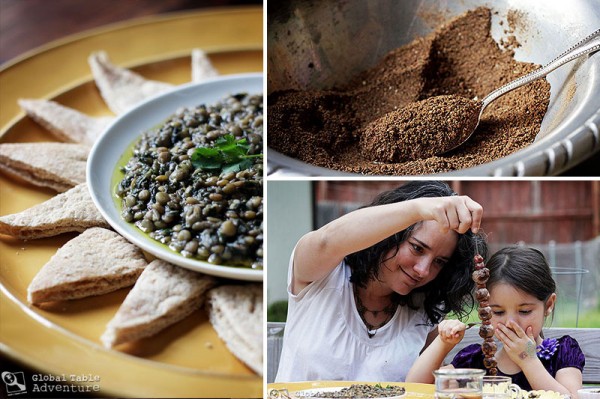 “If your friend is honey, don’t lick him all.”
Syrian Proverb

If I’m going to be honest, I’d have to say I’m not exactly sure what this proverb means (or, more to the point, I’m not sure I should be visualizing my friends as honey bears).

My theory: the proverb is not literal (so few are), but it does teach that good things should not be taken advantage of. Lest we lick them all up.

But what a vivid picture the Syrians paint to teach this message.

The food is just as vivid. There are bright punches of garlic (an entire head in our lentil recipe), an entire bunch of cilantro, and as many sour cherries as a girl can stand.

So let’s get vivid.

All recipes and the meal review will be posted throughout the week. 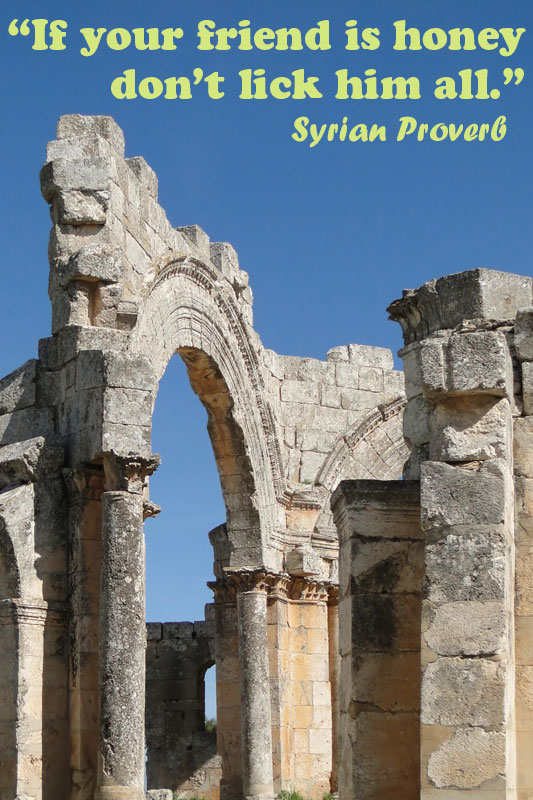 So what do you think?

Did I get this proverb right… or is there some other meaning I’m missing?