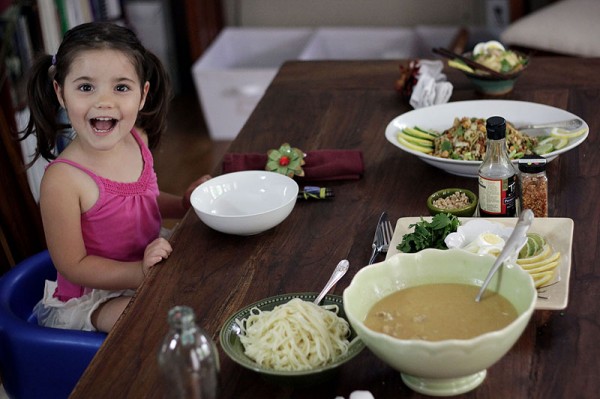 Ava runs past me as I place the last clothespin on the line. Our blue sheets undulate with the breeze. Parting them with a quick swipe of her hands, Ava runs behind them and calls out:

She points at Malky, our cat, who slouches on the grass, licking his leg.

“Oh, is he the wolf?” I ask, chuckling despite myself.

Together we hide behind the sheets and every time the breeze blows the soft cotton towards our faces we squeal and say: “Not by the hair of my chinny, chin, chin.”

Malky continues his first bath of the afternoon, unconcerned.

Soon the game evolves into random singing and arm waving; the rudimary performance of an almost-three-year-old. And, yet, in this glorious moment, she’s not a toddler. She’s a queen and I, a guest in her magical Kingdom.

This isn’t surprising, really. Children conjure up entire worlds with nothing more than a sparkle glinting off of a ray of sunlight. But what is surprising is that Ava has second kingdom. This is a different dream entirely – a bygone era of Myanmar, that existed sometime between 1364 and 1555.

“Ava’s Kingdom.” It has a nice ring to it. While the kingdom lasted nearly 200 years in the northern reaches of what is now Myanmar, much of this time was spent defending itself against invaders.

So it is that I imagine ourselves in both of Ava’s Kingdoms as we play, with Malky the cat the ominous – and unwitting – invader.

Later that night, as I watch Ava studiously decorating her soup, careful to add just the right bit of lime juice and egg, I smile. This child is timeless. Where I once thought I had given her a unique name (meaning “life” and “bird”), here I find her given name as old as an ancient empire and as timeless as a smile.

And, somehow, strangely connected to a long-past era of Myanmar.

So many layers – so many connections in this world, past and present. 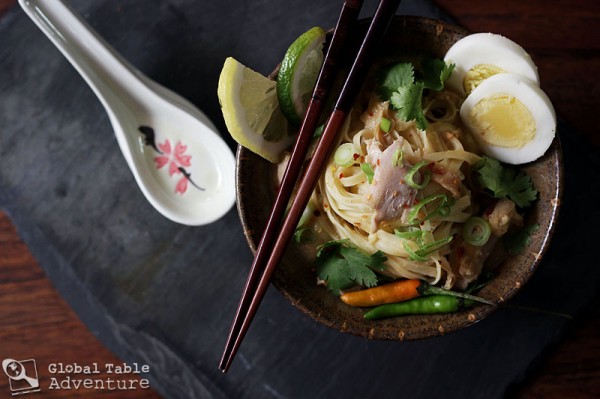 This is the kind of soup you cuddle up to after a busy day, when you are so hungry you can’t stand it. The coconut milk and nutritious chickpea flour create a smooth base for a slightly spicy chicken curry. The noodles soak everything up, including the half of a lime I squeezed on mine, tons of green onion, extra fish sauce and cilantro. Ava adored this and really went to town “building” her bowl.

Remember to either stir together the chickpea flour with the ingredients or to create a slurry. I was in a hurry when I added some extra and created a bunch of lumps. It can really ruin the texture of an otherwise fantastic curry. 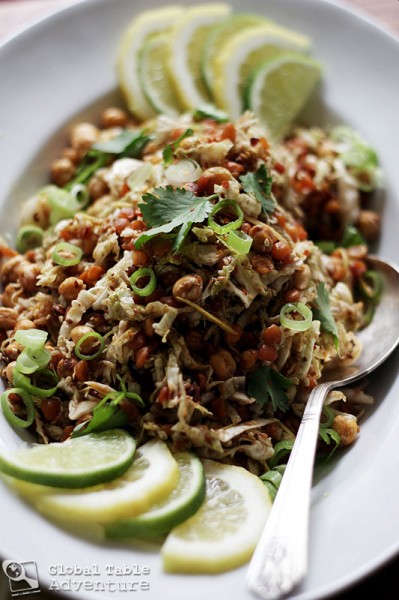 This salad surprised me. I didn’t expect to like it and, honestly, didn’t really want to make it. And yet! Ever since I made it, I’ve been daydreaming about making it again. There’s something so incredible about the chickpeas and lentils fried in peanut oil – the salad feels indulgent, until you realize it’s also loaded with healthy napa cabbage and other greens.

I was incredibly happy that both Ava and Keith ate this salad with no real problems – another surprise considering his Mr Picky tendencies and aversion to anything including “fish sauce.”

I really liked it, although Keith did mention it seemed kind of dry. I think this was because he didn’t add extra fish sauce or much lemon/lime juice, which really makes all the difference. Something that also adds dryness and a bit of a gritty texture is the chickpea flour. I found the flour an interesting addition, although you could probably skip it and not hurt the salad if you can’t find it.  Alternatively, if you’re feeling bold, go ahead and double what I called for… you’ll need to add quite a bit more moisture, but it’ll be much more gritty. 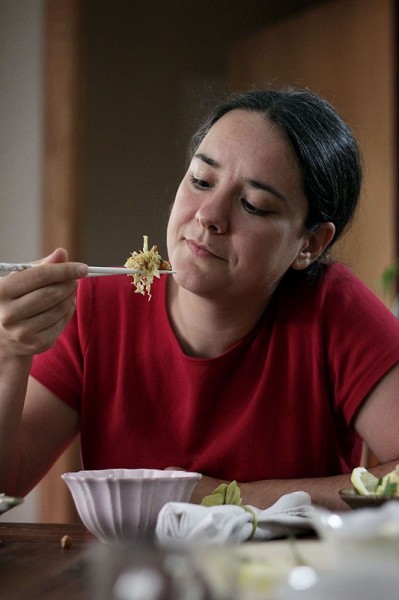 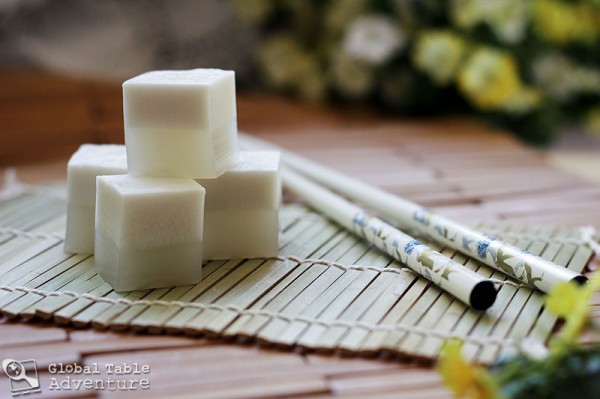 First of all, there’s nothing so neat as jello that sets without refrigeration, making this a great, safe option for outdoor summer parties. The flavor is light and tropical and it looks so beautiful. I enjoyed the light coconut flavor and the novelty of the “split” jelly.

Ava wasn’t crazy about this, which surprised me. To be fair, the opaque layer has a slightly creamy texture, while the translucent layer is more like a hard-boiled egg white in texture (thanks to Alexis for this reference). Mr Picky wasn’t crazy about it either, although they both were more open to thin, rectangular slices.