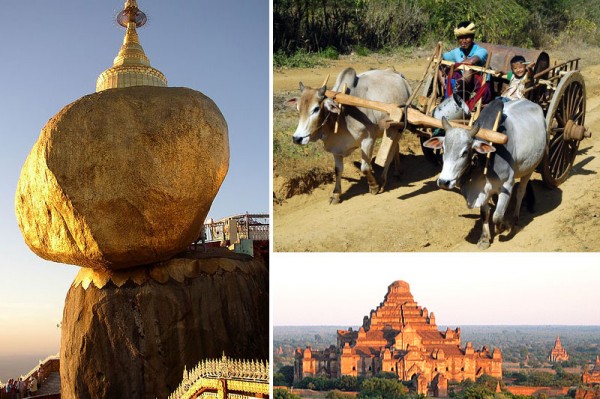 Get your imagination primed; this week’s Global Table is laid between ancient statues dripping with gold, miles of muddy coastlines, and blue skies held up by lush, green tropics. We’re spending a week in Myanmar, a.k.a. Burma.

Wander with me through the rhythms of daily life in this southeast Asian country, where flat, circular baskets whomp, whomp, whomp to thresh grain; pestles thump, thump, thump to grind ginger, garlic, and lemongrass to a paste; and mallets clang, clang, clang to make knives.

Amid this bustling, concentrated routine, the scents and flavors of Burmese cooking shine bright. Salads are everywhere. If you’re thinking this means lettuce, think again. For the most part, these salads are flavor firecrackers layered with napa cabbage, lentils, chickpeas, fish sauce, and chilies. Variables include fermented tea leaf, pickled ginger [Recipe], and chickpea flour and more. 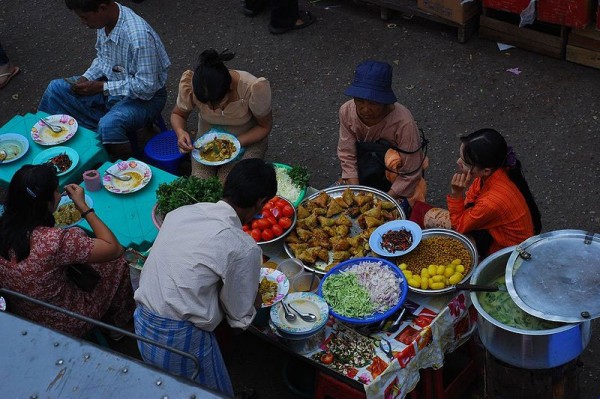 Speaking of chickpeas, there’s a notable Indian influence in Myanmar. Not only are spicy curries, tamarind juice, and flatbreads common (nan pya), but food is typically enjoyed layered with steamed rice.

Unless, that is, noodles show up.

And, boy do they ever – even first thing in the always beautiful morning. 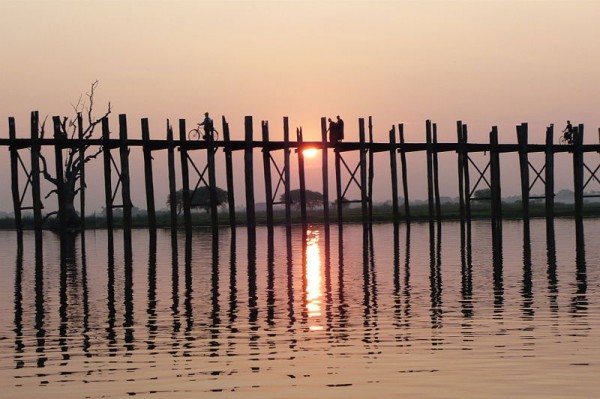 Rice noodles are popular in brothy, fishy soups, as in the popular staple called m0hingar, while wheat flour noodles are beloved with chicken curry soup, as with ohn-no-kauk-swey [Recipe].

Either way sounds good to me.

Among the throngs of busy street vendors, you will find everything from crispy insects to creamy coconut milk “jelly” set with nothing more than a heap of agar agar  [Recipe].

What dessert will you be choosing? 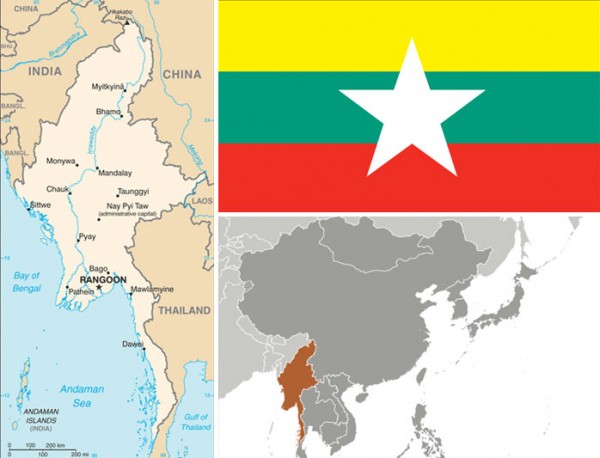