Monaco sparkles. Built right up on the scrubby, rocky, Mediterranean coastline, she’s bustling with luxurious yachts, zipping Ferrari, and more Formula 1 fan-wear than anyone can sport in a lifetime.  This is a place where you can pay $40 for a beer and $1,200 for vodka (just head over to Jimmy’s Bar, according to  Stepping the World).

It’s hard to believe that all this flashiness can be built into a teeny tiny country like Monaco. She’s the second smallest country in the world, measuring in at just 0.76 square miles. In this compact bit of land, there lives almost 36,000 people. I’m no math whiz, but this seems like a lot of people such a microscopic parcel of land. 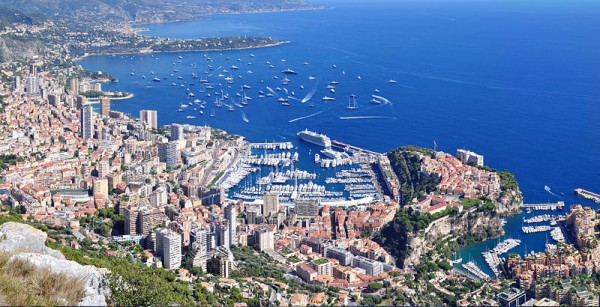 Panorama of Monaco, photo by Tobi 87

I’m wondering if perhaps some of the people live out of sight – perhaps in a maze of underground hideouts for superheroes?

In any case the food matches the glitzy lifestyle. It’s as if you took French food and Italian food and dusted it with diamonds or, better yet, gold.

Even with amid this opulence, the simple flavors of Provence come through with lavender infused sauces, roasts, and spice rubs that are so fancy they confuse me into speechlessness (just like a man who is too handsome renders me quietly perplexed). There’s also tapenade [Recipe], made with a healthy splash of cognac partially due to tradition and partially because …well… why not? 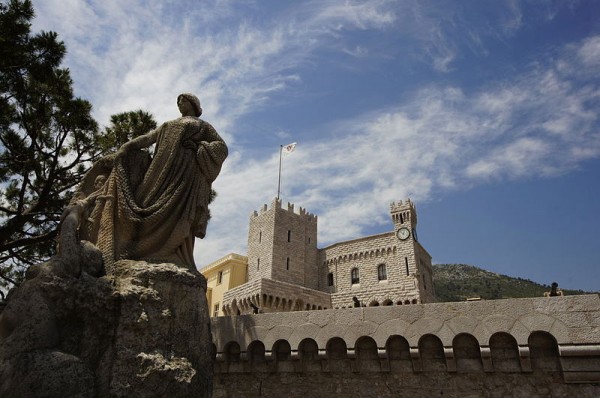 There are gorgonzola gnocchi and petits fours, as well as a happy assortment of north African food, like couscous and lamb tagine. In the hot summer sun, people enjoy socca [Recipe], an olive oil fried crepe made with chickpea flour.

And then there’s the Galapian [Recipe] – a tart so grand you’ll have dove birds fly around your shoulders, a la Snow White, as you eat it. .. and you’ll likely burst out in song. Made with almonds and candied melon, it is so grand as to be confusing.

So grand, in fact, that you yourself just might feel gilded. 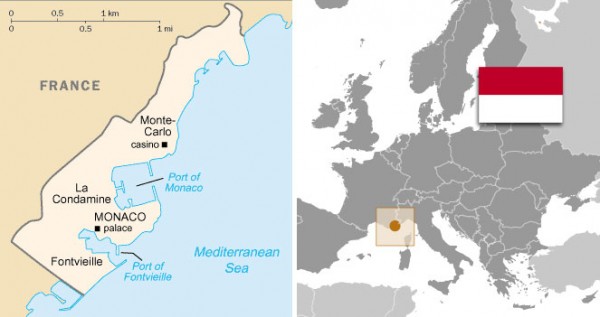 Maps and flag courtesy of the CIA World Factbook