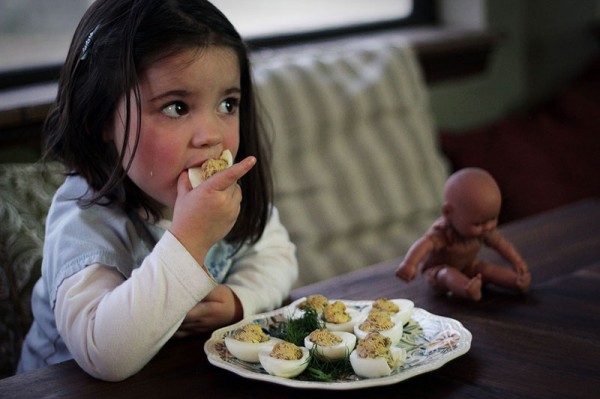 We start off with twelve Lithuanian deviled eggs, more than enough for two adults and a toddler. We each eat one. Mine is gone in 2.8 seconds. Ava takes a minute to nibble on hers. Keith, a.k.a. Mr Picky, barely makes it. He shudders a little and holds his nose while he eats his egg, all in one bite because he simply can’t bare to make it last any longer. This is serious work for him; hard-boiled eggs and mushrooms are two of his least favorite ingredients.

Watching him struggle, I can’t help myself. I giggle uncontrollably. The more I feel bad for him, the funnier it gets.

He looks at me as he chews. I see payback in his eyes.  A twinge of fear runs through me.

“They taste a lot better than they smell,” he says.

Curious if he means it, I ask him to eat one more. We debate. He begs. I beg. Ava watches us pingball the idea around. She offers him one. Finally, he eats one more, purely for her benefit. 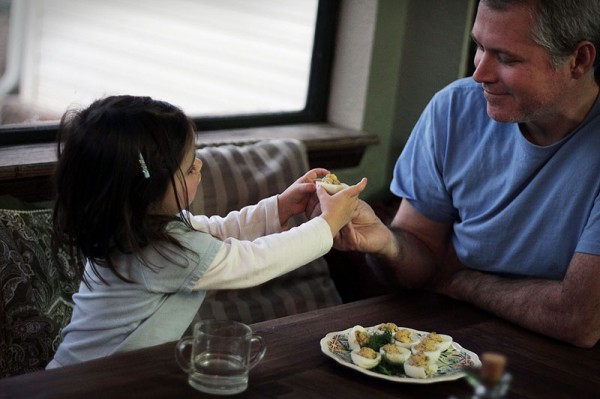 “See how brave, papa is?” I say, genuinely proud of the man.

But before I can say one more word, the platter of eggs catches my eye.

Eight eggs still remain. It’s just that … well… they’re half eaten eggs. I watch, stunned, as Ava picks up one and takes three small bites before returning it to the platter.

That’s right, folks. In the time it took me to beg Keith to eat two deviled eggs, Ava sampled one of every. single. egg. And then she put them all back, nice and neatly on the platter. 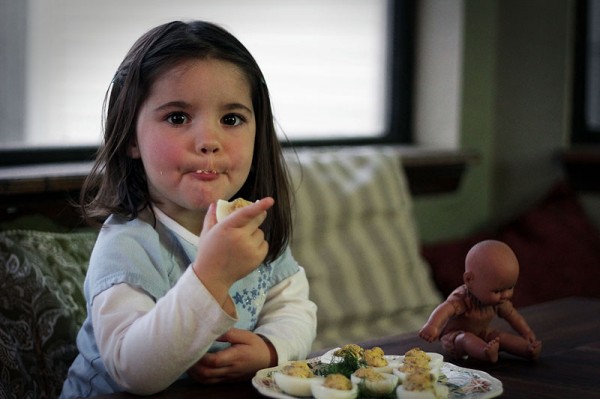 I can’t help but laugh.

Payback doesn’t always come the way you expect it, that’s for sure. 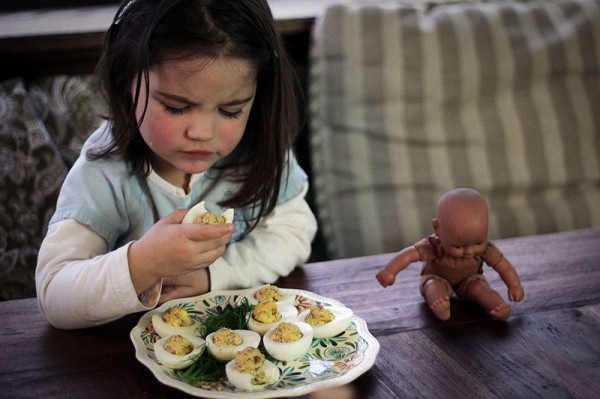 I took this photo early on and didn't even notice the two eggs on the platter missing bites. 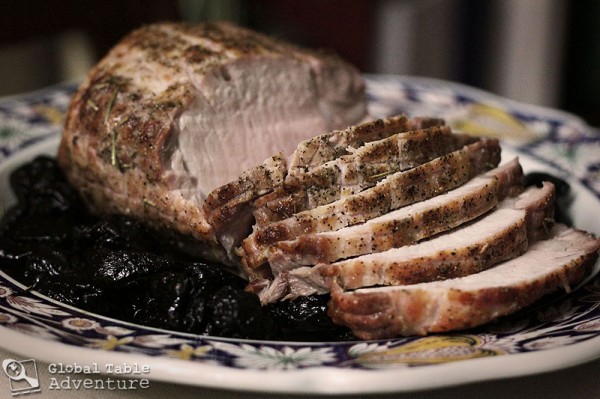 This was the first time I, or anyone in this house, has made a juicy piece of pork. I think the wine helped immensely, as well as pulling it a little sooner to get a perfect medium. Keith very much enjoyed the seasoning, but not as much as Ava who ate three slices (I kid you not). I don’t know she did it.

What I liked least about this dish: While I loved the prunes soaked in the white wine and drippings, Mr Picky and Ava weren’t crazy about them. While they both sampled it, they didn’t ask for more or eat 8 of them (like I did). And, in case you’re wondering, I feel fine, thank you very much. 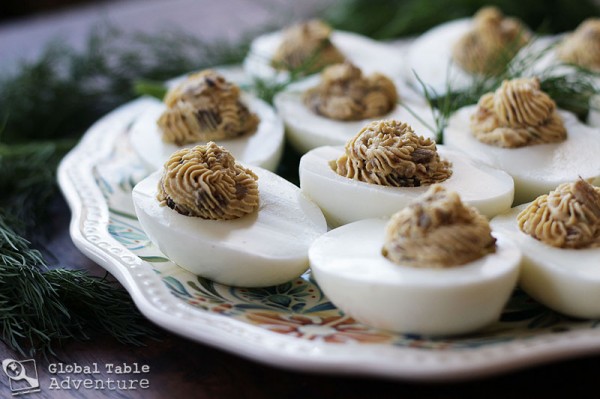 The fried mushrooms and onion give these deviled eggs a decidedly earthy flavor. Ava loved them and sampled every single one. Mr Picky, on the other hand, had to hold his nose shut while he ate. Amazingly, he said it tasted better than it smelled. Not that he wanted a second one, but I still claim this as a major victory considering he hates, hates, hates hard-boiled egg and thinks mushrooms are hateful themselves.

The mushrooms do add a bit of texture which I don’t totally mind, but Ava did notice and said they were “kunchy” (her way of saying chunky). You can mince the mushrooms even finer to make them less noticeable (and remember, they shrink a lot when cooked). 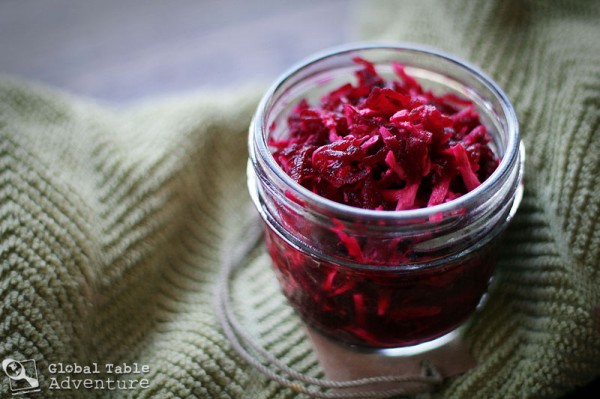 This was my first time working with horseradish. It was too spicy for Ava and too “weird” for Mr Picky. As I happily gobbled up my portion, it led Keith to ask “Why do you like everything – how can you?” … I suppose I think of it as a fun experiment. I have to eat a whole portion to really put myself in those people’s heads.. or tastebuds.

Even with all my willingness to try foods, this slaw is at once shocking in color and flavor. I love beets, but the horseradish was harsh and I think a bit more beets might have mellowed things out. 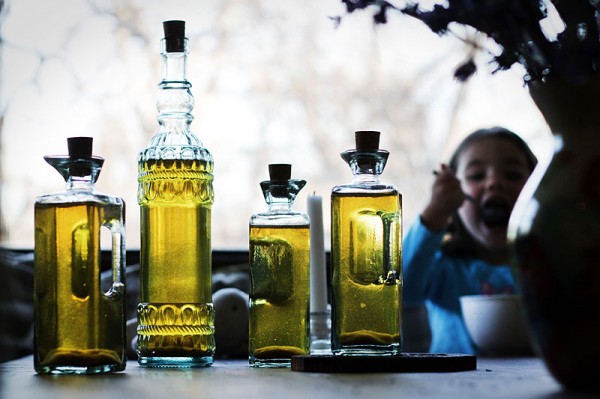 I’m not a big drinker, but I could always go for Honey Spirits. Fresh, crisp, and full of just… countless spiced goodness… It’s an amazing item to share with friends, neighbors, and family. Keith says it tastes like Christmas and Ava… well, she can’t have any but she did say it looks like sunshine. Between you and me? It tastes like it, too.

The sediment that settles on the bottom of the glass is a bit strange – it kind of looks like thick fog. You can filter it out, if desired, but some Lithuanians actually like to shake their spirits up before pouring. It’s up to you!