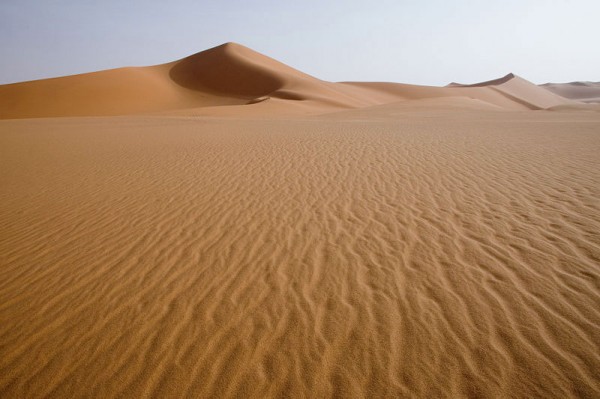 The Sahara Desert in southwest Libya. Photo by Luca Galuzzi.

I feel like I’m waking from a long walk in a deep fog. I spent this past weekend in a whirlwind of food, family, friends, and… the flu. I reached 101 on Christmas Day, which was just enough of a temperature to send me off napping for the better part of the afternoon. The interesting side effect was that I was ever more appreciative of the time I was awake and able to spend time with family. Now, as we roll back into normal life – cooking Libya – I find myself soothed by the familiar routine of stovetop travel.

So, here we are. Let’s talk Libya.

She’s a large country, mostly covered in sand (a.k.a. the Sahara). This means that the vast majority of Libya’s small population resides along the Mediterannean coast in rather crowded cities. Her people benefit from the same cooling sea as the rest of her neighbors and good thing, too, because the highest recorded temperature in the world was in Aziziya, Libya at 136F in 1922.

Yikes. I thought 112F was bad, here in Oklahoma this summer.

I’d probably never get out of the ocean with temperatures like that. 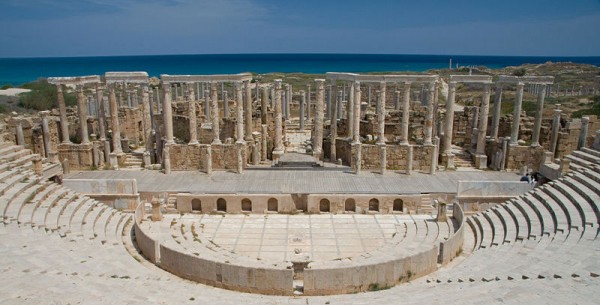 Theater of Leptis Magna (2,000 BC) in Libya, situated along the Mediterranean Sea. Photo by Luca Galuzzi.

Thanks to the extreme temperatures, Libyans developed and built the “Great Manmade River” which is huuuuuuuge. Simply put, the “river” of giant pipes provides water throughout most of the country – no small feat considering Libya is about the size of Alaska. This is the largest irrigation system in the world, literally allowing life and agriculture where none could thrive before.

The food in Libya is a blend of Italian and Middle Eastern influence, with a dash of northwest Africa. Cous cous is popular, plenty of olive oil, and a healthy amount of lamb.

Perhaps because of the Italian influence, Libyans love pasta. They have an unsual trick, however. Instead of boiling their noodles in water, they cook them directly in a soupy sauce. Sounds fabulous to me.

Speaking of soup, Libyans love a good soup. They’re most well known for their lamb “Sharba” which is loaded up with plenty of lamb, chickpeas, spices, mint, parsley and olive oil.

For those with the munchies, you’ll find treats like Mb’atten, or stuffed, deep-fried potato wedges [Recipe]. Or butter cookies made with ghee, called Ghraiba [Recipe]. Goodness…

And that’s just the beginning. What food do you like from the region? 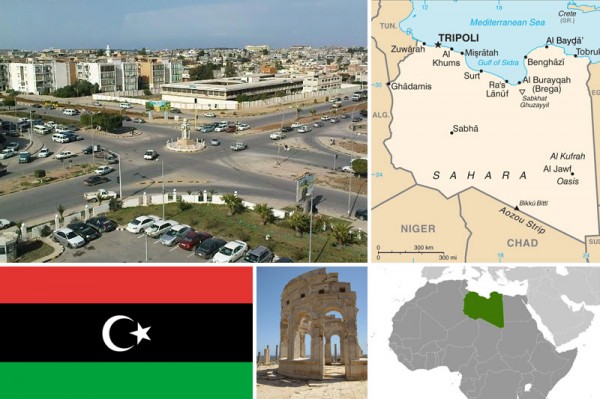 Al Bayda city and Roman ruins from Leptis Magna. All maps and images courtesy of the CIA World Factbook.